Jorge Masvidal has just been placed under arrest thanks to an incident he instigated with former roommate turned rival Colby Covington.

A certain fringe part of MMA fandom frequently casts doubt on the legitimacy of bad blood between Jorge Masvidal and Colby Covington. Longtime teammates and roommates setting up the public in order to get paid big time certainly makes for a much better narrative than wrestling for five rounds to a decision and losing clout in process.

Fast forward to this week, per reports Jorge Masvidal was alerted to a posting on social media made by Nelk boys Bob Menery that gave away the location of Covington. Covington was on the fullsend podcast and had gone out to a steakhouse in Miami with Menery and others. Their location prompted Masvidal and several unidentified individuals to cause an altercation outside the restaurant. The conflict was captured on CCTV of a nearby restaurant.

Masvidal seemingly, and unwisely, confirmed the conflict on his social media just a short while later.

Covington called the cops and filed charges against Masvidal immediately after the incident. 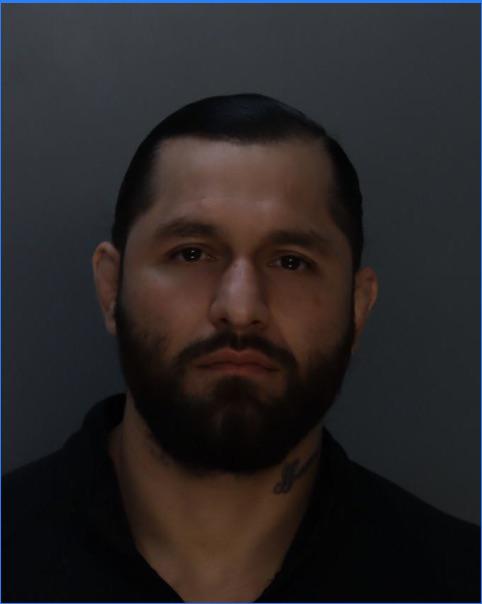 Jail records, obtained by TMZ Sports, show the 37-year-old UFC star was booked in Miami at 10:27 PM ET on Wednesday, where he posed for a mug shot.

WPGL Local News 10 acquired the video of Masvidal being placed under arrest.

Exclusive @GamebredFighter headed to jail on an aggravated battery charge after his alleged attack on @ColbyCovMMA Exclusive video and story on @WPLGLocal10 pic.twitter.com/HGJhTz25Kj

Jorge Masvidal is currently in custody in Miami on $15,000 bail, per records. He is being charged with aggravated battery with bodily harm and criminal mischief per ESPN.

In Florida, aggravated battery is considered a Level 7 offense in terms of severity ranking. Unless there is good cause for a downward departure in sentencing, the minimum one will probably receive under this charge 21 months in prison. Maximum penalties are: 15 years’ prison time.

Video of the incident is available.

It’s a little known fact that Masvidal was previously incarcerated. He refuses to address those claims to date.