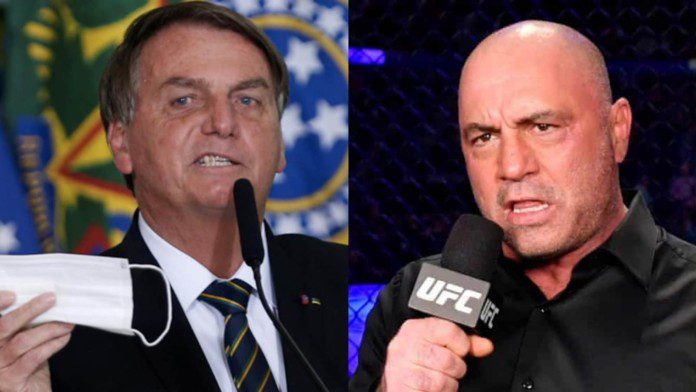 The battle between Joe Rogan and his naysayers is still going on.

The UFC color commentator has been under fire these past few weeks following his controversial podcasts with Dr. Robert Malone and Dr. Peter McCullough regarding the COVID-19 pandemic and vaccines. From there the conversation escalated to racial issues.

Celebrities like Neil Young and Joni Mitchell had condemned Rogan over the content of his podcasts resulting in the Neil Young ultimatum and Spotify removing several of Neil Young’s music and episodes of The Joe Rogan Experience removed.

The war against Rogan now escalated as recently White House press secretary Jen Psaki also called on Spotify to do “more” in the fight against Covid-19 misinformations.

“Our hope is that all major tech platforms and all major news sources, for that matter, be responsible and be vigilant to ensure the American people have access to accurate information on something as significant as covid-19,” Psaki said Tuesday. “That certainly includes Spotify.”

“So this disclaimer, it’s a positive step, but we want every platform to continue doing more to call out misinformation and disinformation while also uplifting accurate information,” she added.

Amid the pressure on Rogan, an unexpected political figure came came out to support him.

The President of Brazil  Jair Bolsonaro recently took up Twitter to gave Rogan his support. The controversial political figure said that people should be free to say what they think, and told Rogan to “stand your ground”.

“I’m not sure what [Joe Rogan] thinks about me or about my government but it doesn’t matter,” Bolsonaro said. “If freedom of speech means anything, it means that people should be free to say what they think, no matter if they agree or disagree with us. Stand your ground! Hugs from Brazil.”

With Spotify having spent a lot for The Joe Rogan Experience, it seems the infamous podcast won’t go away anytime soon.