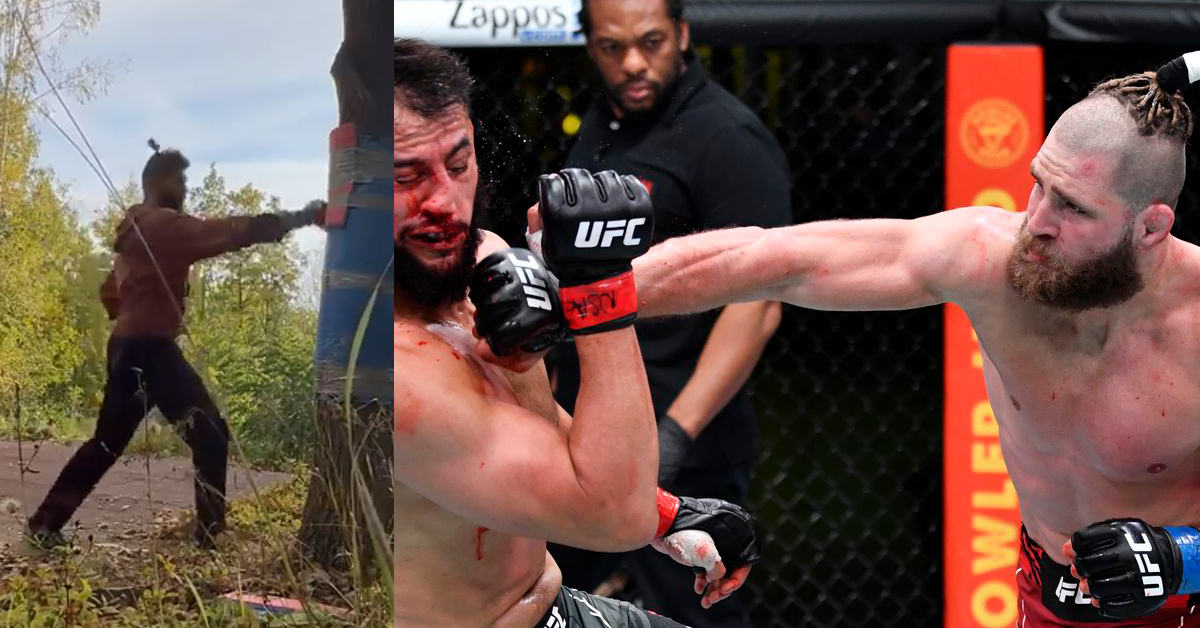 Jiri Prochazka has definitely made an impression in the UFC – having knocked out Dominick Reyes. But that fight wasn’t always so clear cut – at times it seemed like Prochazka had lost consciousness.

Of course he would go on to rebound and end the fight in a spectacular fashion.

Besides his fighting style – Prochazka definitely made an impression with his eccentric haircut.

“That’s my antenna. To catch the bad wifi”

“I was motivated by the Muay Thai warriors.” “I like this stuff. I say that, it’s war hair. It’s how I am taking this moment, this fight, importantly, seriously. This is the hair just for this moment.”

But Prochazka isn’t just about strange haircuts – he also explained some eccentric training methods he utilizes making the case for him to be the Tony Ferguson of the Light Heavyweight Division.

In an interview with the MMA Hour Prochazka shared an explanation for the peculiar training method:

“It’s good for the body to be in the technique to be like a rock,” he explained. “Then I can go through the opponent’s body with my technique, and my technique can be more dangerous. It’s a good training for the body.”

When prompted as to how often he utilizes this method he replied:

And to make matters worse  – Prochazka wears MMA gloves during all this and not 12oz boxer gloves mma fighters often use in training camp to prevent hand injuries. Prochazka also explained his rationale for this method:

“If you want to show something new, you need to train like that. ”

You can watch the entire interview with Jiri below: