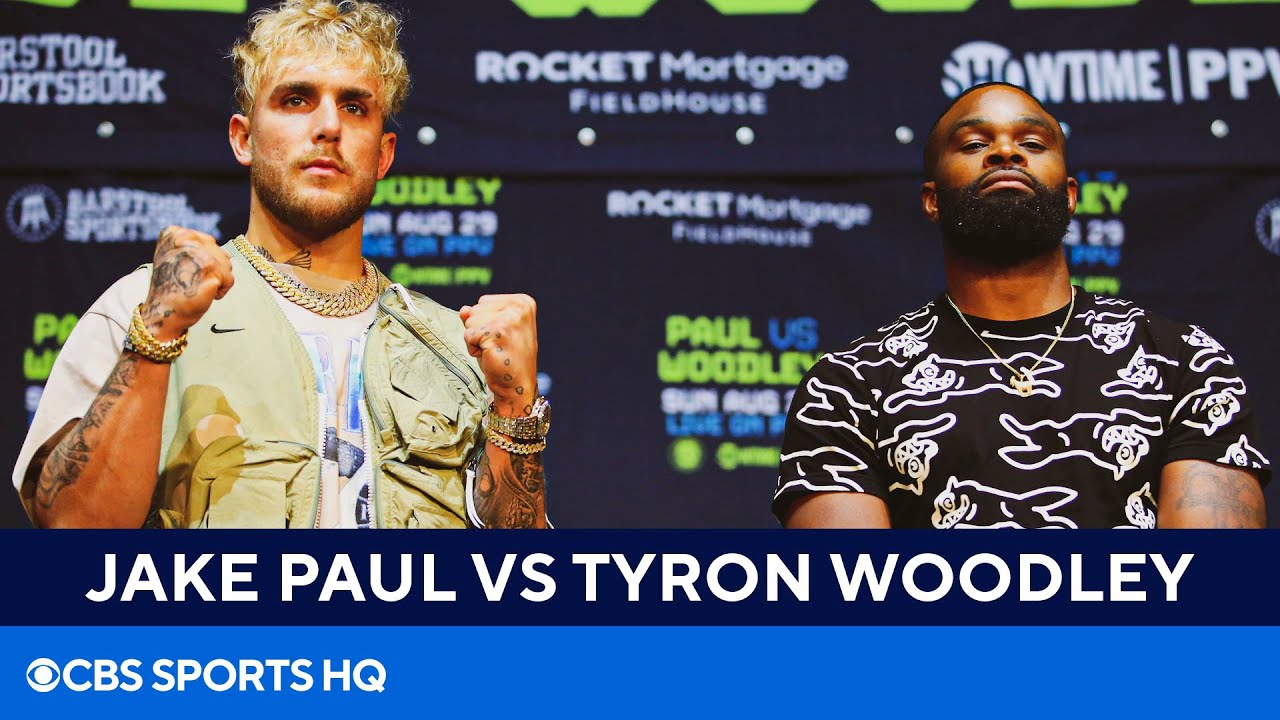 This weekend former welterweight champion of the UFC Tyron Woodley (39) will be boxing a controversial personality in 24 year old youtube entrepreneur Jake Paul. While the MMA media seems keen on reporting the verbal jabs between the two it’s certainly more interesting to observe this exhibition in a wider context.

39 year old Woodley is at the tail end of his career. A great wrestler, and longtime training partner of Ben Askren has been known for his counter attacks. But can he really shine if you take away the biggest part of his game?

Woodley has also been scrutinized by USADA until at the very least April of 2021. This is something his opponent definitely didn’t have to endure. Woodley has always walked around kind of big, so in spite of perceived height advantage of Paul, they’re likely to weigh in in the same neighborhood weight wise.

When you look at the betting odds you might be surprised that Paul is currently given a slight edge over Woodley. This is most likely thanks to several factors – Woodley was never known for his boxing, he is on a four fight losing skid and he’s had 26 MMA fights in his career at the top level.

“I think Jake Paul’s corner, they’re gonna be on all sorts of substances,” Zahabi said. “I was holding back, I didn’t want to say. … I don’t think they test. Maybe the week of the fight, but there’s no USADA and I didn’t wanna say, but I think that’s a major factor. When I tell you guys he’s bigger and stronger and more athletic, I think, basically, he’s gonna be on PEDs. I hate to say it, but I definitely think Jake Paul’s gonna be on PEDs. It exists in the world of boxing just like it exists in MMA, and I don’t think Tyron will be on PEDs. I think Tyron will be totally natural. Does it make a difference? It absolutely does.”

And this is where we disagree – is a 39 year old professional athlete less likely to take PEDS in a situation where he stands to lose respect?

It’s also very interesting having Zahabi say that Jake Paul doesn’t pass the “eye test” – especially when he’s said this in regards to Georges St Pierre in the past:

“(Bisping is making steroid accusations) because Georges is ripped,” Zahabi told MMAjunkie at a UFC 217 media day in Montreal. “About 10 to 20 percent of the population is naturally ripped. Georges just happens to be one of those people. You look at him as he was growing up, he’s just naturally ripped. He’s been tested, he’s volunteered to be tested, and he’s paid out of his own pocket to be tested and for his opponent to be tested.
“He’s never failed one single test. Just because somebody’s lean and extremely competent in fighting doesn’t mean they’re on drugs. That’s the truth.”

Back to Paul vs Woodley, Woodley’s biggest enemy will be his very very stiff boxing. In spite of having boxed for a number of years – unlike Askren – Woodley is very mechanic and seems incapable of flowing into it. Additionally he will be tempted to rush into this. And more over Woodley is extremely prone to listening to commentary while he fights. In both his first and last fight in the UFC he had made judgments he later lamented were greatly influenced by overhearing the commentary. This would seem to indicate a very sensitive ego that will be further challenged in this atypical scenario.

One more significant factor is that this time the event is held by Showtime – a respectable tv network that often hosts boxing events and not Triller. Meaning the ref and the promotion won’t be as biased as during the boxing match against Ben Askren.

Woodley might be looking to cash in as much as possible. His movie career is a bust – the racoon was clearly the star of That scene. Other promotions might want him, but he’s certainly harboring plenty of injuries in addition to damage he’s taken over the duration of his long and storied career. Woodley did some promotion for the fight during a recent Bellator card and expressed he “had a crazy IQ for boxing” countering every bit of tape we’ve ever seen of him boxing. While he has one punch knock out power – we all know which punch that is. And in order to set it up the options are substantially more narrow in these circumstances.

Woodley also went on an interesting interview spree – and to a person who has never watched him fight they might believe he is a shoe in but otherwise the fate of the MMA community rests in a veteran wrestler far past his prime – once again.