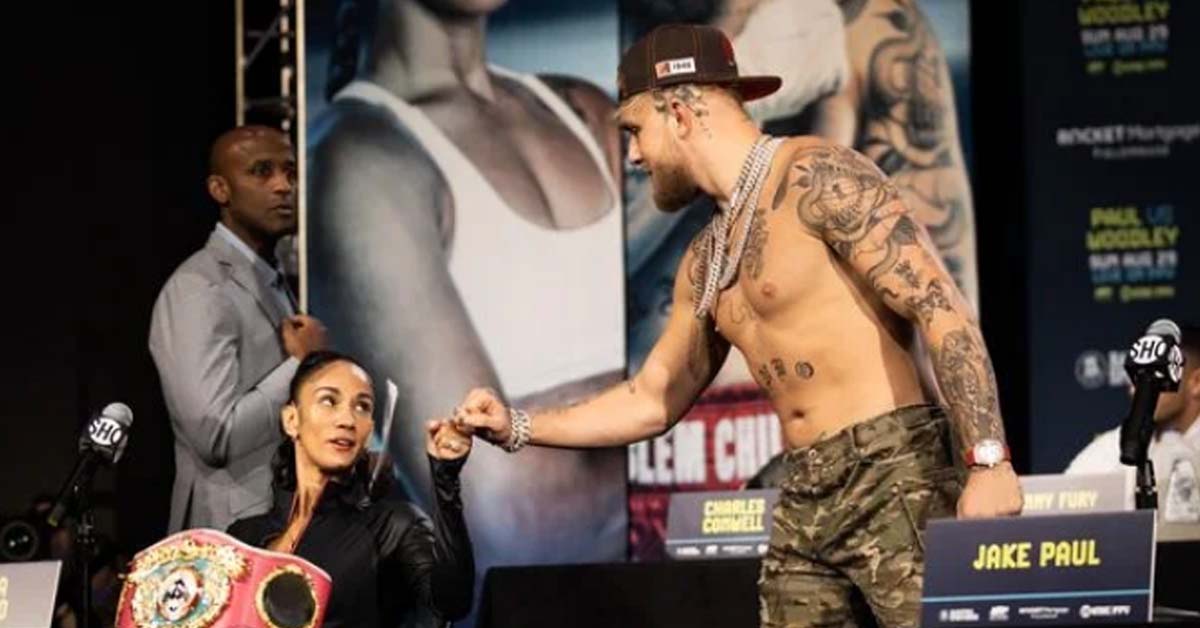 Jake Paul just had the biggest triumph in his young boxing career. The boxing phenom had defeated Tyron Woodley in a spectacular fashion after a lengthy boxing match that really wasn’t worth watching until the very end.

In the aftermath of the boxing match he called out plenty of MMA superstars and even felt out a respectable former boxing champion for his next fight.

Chavez Jr knows his worth. Chavez was reportedly offered 3 million plus PPV. Chavez Jr countered that in order to accept the fight – he would have to earn 50%.

According to The Mirror, he is now planning to take an extended break from fighting.

Paul is reportedly focusing on becoming a boxing promoter having set up Amanda Serrano’s undisputed lightweight showdown with Katie Taylor.

Serrano is part of Paul’s Most Valuable Promotions org. Many believe this fight will be the biggest fight in women’s boxing history.

The fight is reportedly co-promoted by Matchroom’s Eddie Hearn, in order to maximize profits.

We’re likely looking at a April date for the boxing bout.

‘She’s put in thousands and hundreds of hours in the gym and she deserves the big payday that she’s going to get,’ he said on an episode of his brother Logan’s Impaulsive podcast.

‘She deserves to be able to retire from boxing and not work again. That hasn’t been the case for women’s boxing, they’ve been underpaid and taken advantage of.

‘It’s an amazing accomplishment for me to be able to help her and she’s such an awesome person.’

It’s spectacular to see Jake Paul be so supportive of a female boxer considering the harsh words he had for Claressa Shields earlier this year.

This effectively means we likely won’t be seeing Paul step into a boxing ring before the second half of 2022.