Mike Perry and Jake Paul could end up competing against one another after all, as Paul said that talks with Tommy Fury regarding a potential match had been difficult.

Perry tweeted a photo of the contract, stating that he had signed a deal for a match with Jake Paul, but Paul changed his mind. In a subsequent video, Jake Paul talked about his discussions with Fury and suggested that might fight Perry instead. 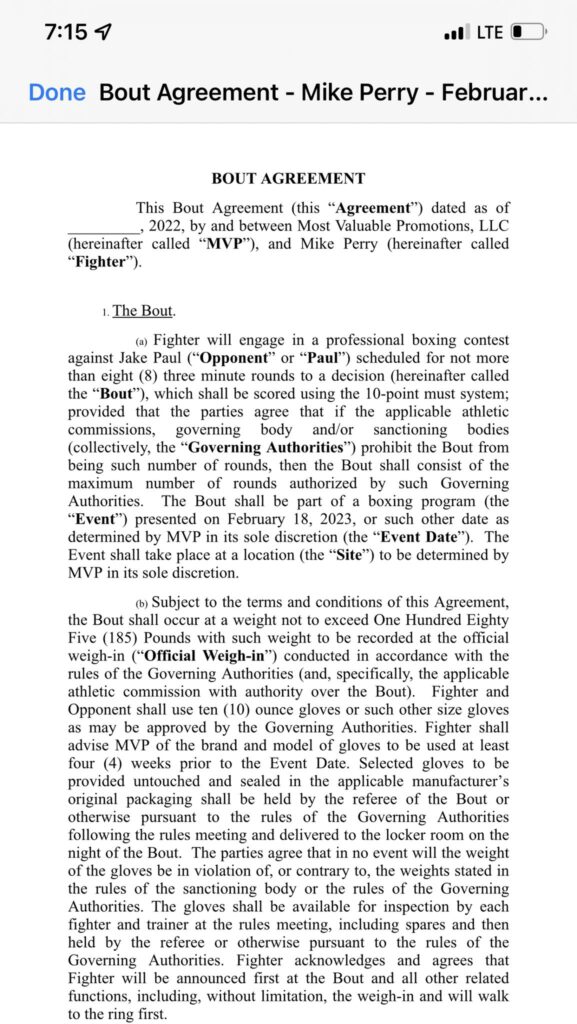 He said: “Mike Perry, it might be your lucky year because Tommy {Fury} is running again. If the fans only knew how much money I was offering Tommy and he’s still ducking me. It’s pretty sad.”

Mike Perry stated that he is more than capable of succeeding in boxing and that he is confident in his ability to defeat opponents at 175-185 lbs.

He presently competes in the bare-knuckle boxing company BKFC, but would be eager to demonstrate his boxing prowess.

Paul is anticipated to compete the following month. If talks with Fury break down once again, he may focus on Mike Perry or possibly Nate Diaz.

Jake Paul made news when he formally joined the PFL and announced that he would be making his MMA debut this year. The news caught some people off guard since he had been eyeing events against with UFC veterans.

Former TUF winner Nate Diaz was given a unique offer by Jake to compete against him twice, once in boxing and once in the PFL.