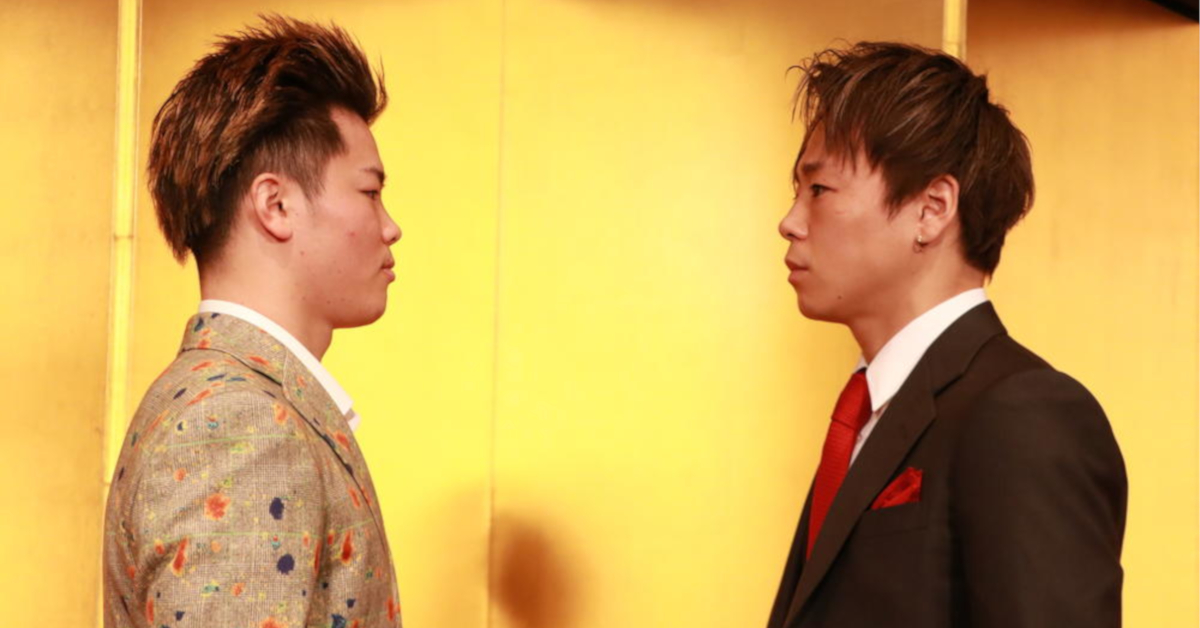 Following up from the Rizin 33 New Years’s Eve card, fans had expected a match to be announced for the undefeated kickboxing phenom Tenshin Nasukawa. However after the press conference for Rizin 33, president of Rizin, Nobuyuki Sakakibara made some comments saying that they still had to make the final arrangements before they would be able to announce Tenshin’s opponent.

And now, 3 days later, Sakakibara held another press conference, this time announcing Tenshin vs. Takeru in June 2022.
This is huge news as the 2 fighters are considered to be the brightest stars in the scene, and of similar weights. They were largely held back from fighting each other due to contractual obligations as major faces for  different organizations, Tenshin in RISE and Takeru in K-1.

Tenshin is a southpaw who hits hard, counters well, and has landed some of the flashiest strikes and finishes in recent memory:

Takeru has repeatedly taken the K-1 Champion Belts since 2015 and gradually moved up from the -55kg division to -60kg as he pretty much beat everyone in his division each time, and brawling with his opponents seems to bring out a grin if he didn’t already systematically wear them down between a high sustained pace of low and front kicks to combinations, while always looking for a KO: