Former UFC middleweight champion Israel Adesanya recently added something new to his tattoo collection. He also asked fans to guess the meaning behind it.

Israel Adesanya has a body full of tattoos. They are spread all over his body with torso and arms being the most crowded area. His tattoos are quite random. It’s a mix of many things that he likes, such as anime and comic books characters. 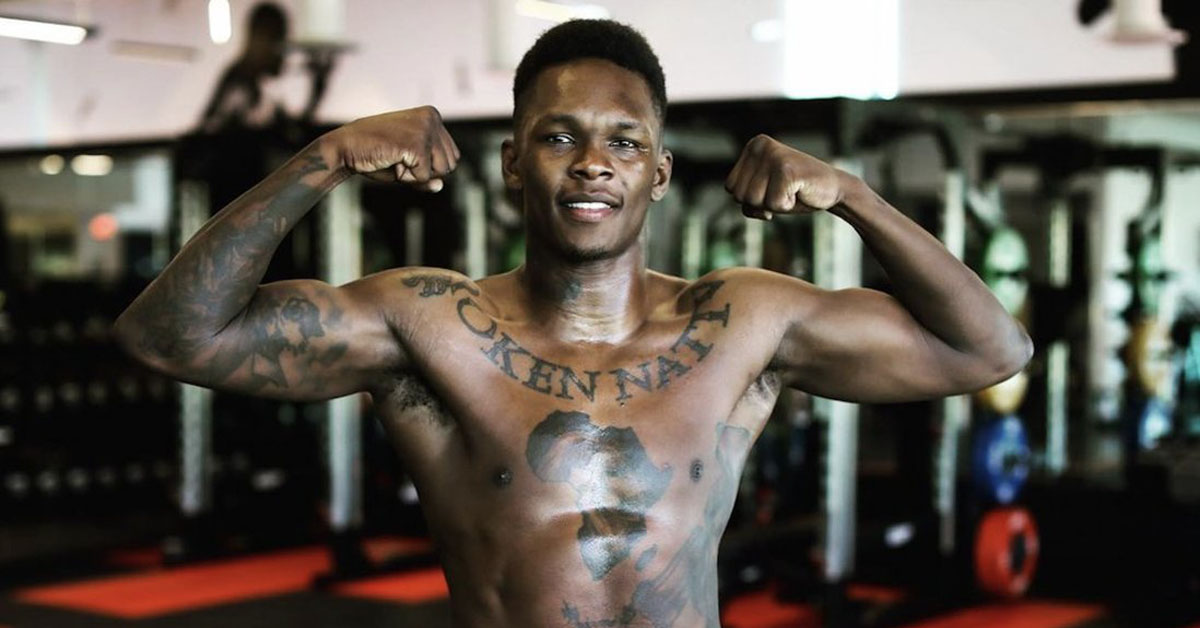 He got Toph from Avatar the Legend of Aang and also Marvel’s Deadpool. There is also a werewolf, the Africa continent, and some symbols from Naruto. He also got a text that reads ‘Broken Native’ around his upper chest.

Despite having so many tattoos on his body, ‘The Last Stylebender’ hasn’t had enough. During an interview with GQ Sport a while back, Adesanya said that he is going to add more and more tattoos in the future.

“F*ck it, you’re going to die anyway at one point. And this [his body] isn’t going to be the final form.” Adesanya said.

Recently, Adesanya showcased some newly-inked tattoos. He took to his Instagram account to post the pictures of them on Instagram. His new tattoos are placed on his right side of his neck and beside his right eye.

The one beside his eye looks like simple abstract lines, While the one on the neck looks like an ancient Egyptian drawing of an eagle. In the caption, Adesanya asked fans to guess what tattoo is that, or the meaning behind it.

One fan answered it correctly, saying that it’s a drawing of Montu, an ancient Egyptian deity known as the falcon-god of war. 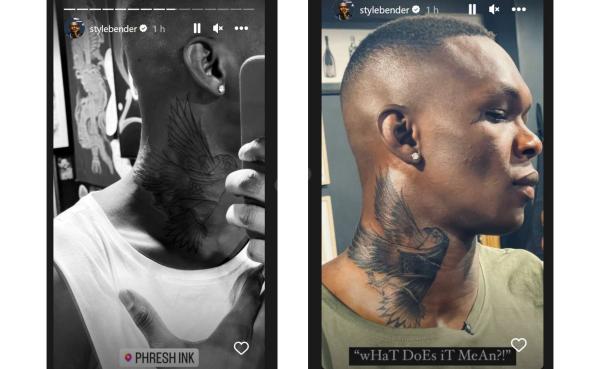 “That’s Montu! God of War!” The fan replied to the Insta Story. Adesanya then posted it again saying, “Well, now I know what it means.”

Israel Adesanya lost his title against old kickboxing rival Alex Pereira at UFC 281. The pair brawled in a slugfest until the final round where Pereira successfully knocked him out. Former champion Robert Whittaker is rumored to be the one facing Pereira for the next middleweight title bout.