Paddy Pimblett and his manager Graham Boylan are positioning themselves in an interesting way. Pimblett is clearly trying to ingratiate himself to UFC, while Boylan is busy running one of Europe’s biggest promotions (Cage Warriors) and managing him.

An argument can be made that the two are trying to replace UFC’s favorite manager Ali Abdelaziz and that this is creating a lot of friction.

The move comes at an unfortuitous time for Abdelaziz who just had to clean up Ankalaev’s mess. Ankalaev delivered a ‘terrible’ performance in a split draw against Blachowicz and went on to criticize UFC in cage.

“If I’m losing the wrestling, I’ll stand up. I can do both things, but I don’t know if I’m going to fight for this organization again, because honestly, I don’t know what just happened.” – Ankalaev told Rogan after the odd split decision was announced.

Before he even made it out of the cage, UFC brass was on the phone with Jamahal Hill and had booked Hill vs Teixeira for UFC 283.

Ankalaev’s team released a statement blaming the comments on ‘bad translation’ (which it wasn’t) and launched an all out attack on Paddy Pimblett – who arguably benefitted the most from the shoddy judging situation at UFC 282.

Abdelaziz’s most prominent client at this time is likely UFC lightweight champion Islam Makhachev. Not to mention Makhachev has a bone to pick with Pimblett after picking Oliveira to win at UFC 280.

“I got so much stick for picking Charles against Islam, which is crazy because a lot of people picked Charles but still on social media posts and stuff oh you picked Charles. Yeah, cause Charles had fought the better people and I thought Charles was going to win,” Pimblett said at UFC 282 media day.

“Can’t I have a prediction anymore? People saying you haven’t given props to Islam, I have. He looked unbelievable that night, he absolutely dominated Charles.”

“I would’ve put up a better fight that night than Charles did, to be honest.”

Makhachev had a funny reaction on twitter – and ended up shading Pimblett over the sketchy decision win. “If fight happens in Nevada, he has chances to beat me on the judges scorecards lol”

And here’s where it gets really funny – the tweet has since been deleted indicating that perhaps it wasn’t Makhachev that posted it.

Abdelaziz is infamous for running the social media accounts for a number of his clients to the point where some have explicitly declined the service and are instead tweeting for themselves. 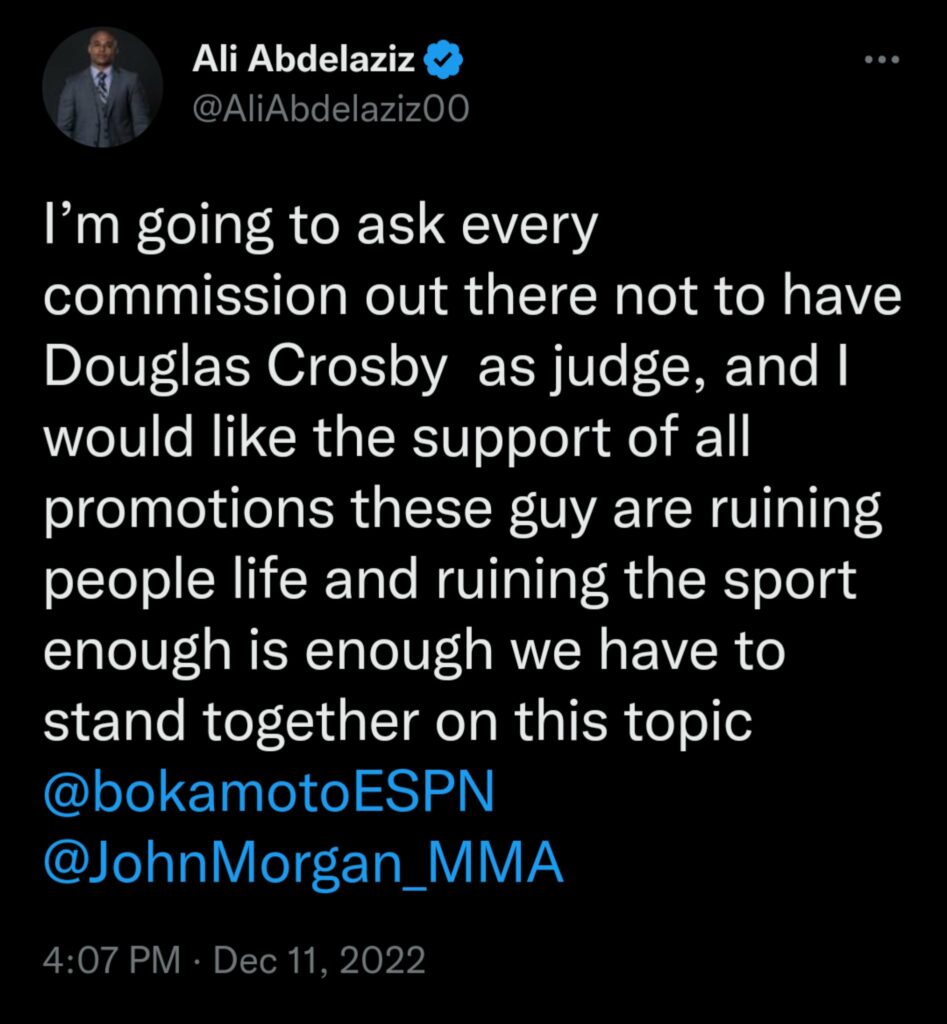 And sure, the tweet itself is funny but it certainly invites the questions relating to power struggles behind the scenes.