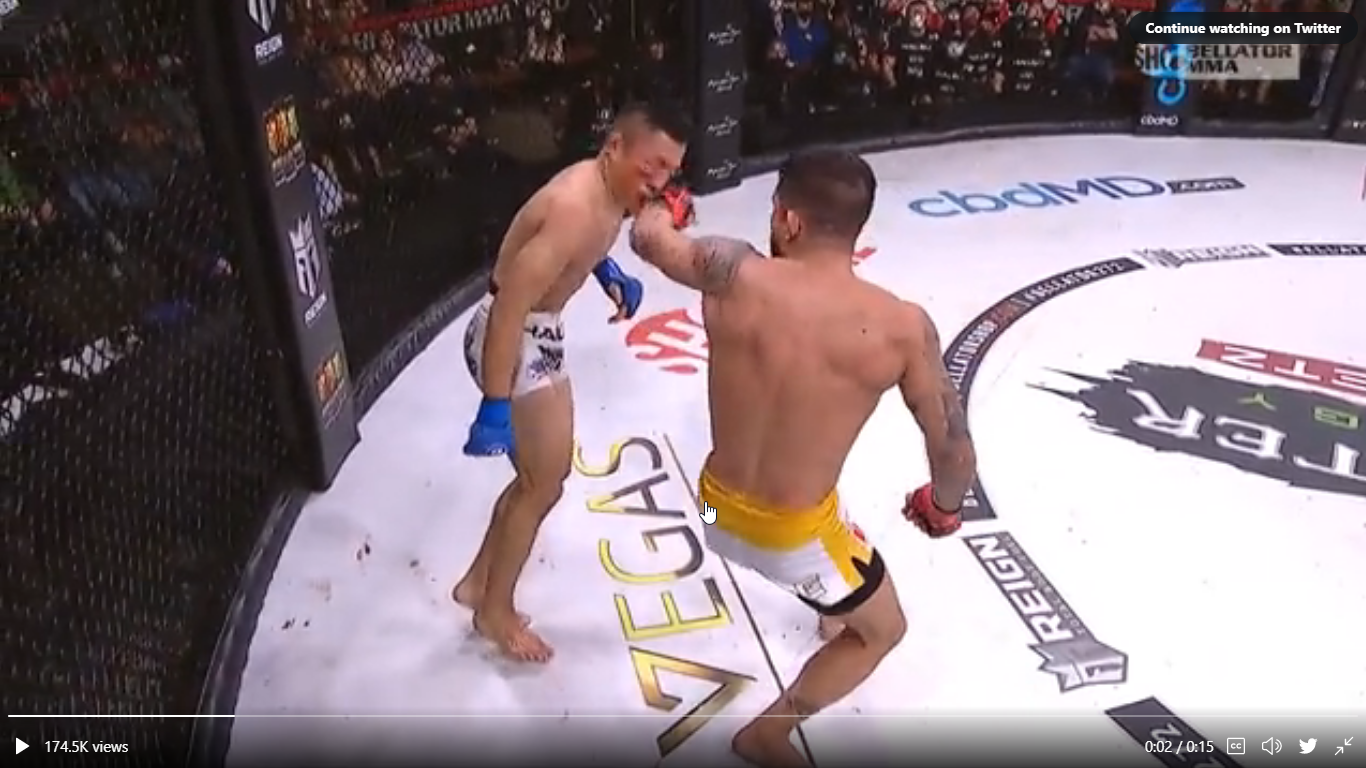 American Top Team’s Kyoji Horiguchi was having a good night – until he wasn’t. Bellator’s latest acquisition – from Rizin was dominating all 4 rounds in a fight against Pettis. Horiguchi showcased a great skillset – but to the shock of many he was caught with a devastating spinning back fist in the 4th round of the fight.

What a way to end the 2021 Bellator MMA season LIVE on @SHOsports. #Bellator272 pic.twitter.com/g8Kstu4E3v

The blow was so devastating there was no need to follow up basically. Horiguchi was already rendered unconscious. One good thing is that the referee was alert and following the action so any follow up shots to the head of unconscious Horiguchi were prevented.

A stretcher is coming out fo Kyoji Horiguchi, who is still down on the canvas after that spinning backfist from Sergio Pettis. #Bellator272

Kyoji Horiguchi is being transported to a local hospital, per Bellator PR.

In a sport where death threats are becoming a weekly occurrence Sergio Pettis was quoted saying:
“I don’t want to hurt anybody so bad that they’re unconscious like that… It’s kind of bogus to say, but it’s better him than ,e. I’m a very nice person and a kind human being. But he would have done the same to me.”