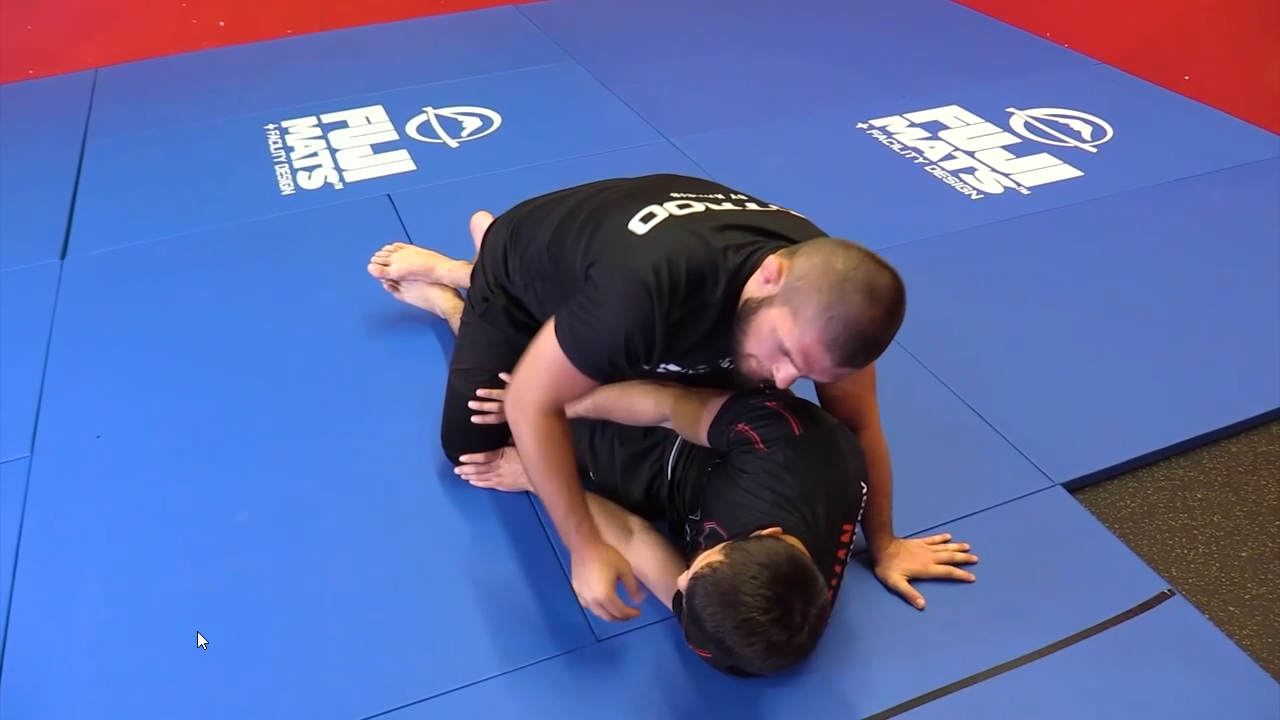 You are currently reading an Honest Review of Khabib Nurmagomedov’s DVD Sambo: The Top Game – A Blue Print For “Smeshing”

Let’s preface this review with a disclaimer: There are many bjjfanatics referral codes floating around. You won’t see one on our site, and this review is done just out of curiosity. The dvd was purchased and we have no relation to any of the parties involved in creation and advertising of this product.

There’s been a lot of praise thrown at Khabib as he embarks on the journey of an MMA Coach. Just this past month his disciples were 3-0 – they all won their fights. But they were all featured over at Bellator, which isn’t really known for the even matchmaking. In fact, one of the easier ways to make money in mma seems to be at Bellator as they often match big name competitors with relative unknowns.

Let’s get into the review. As the table of contents indicates the content is split into 3 separate files. Totaling to ( respectively 51 minutes, 32 and 19 minutes ) 102 minutes with intros included.

Right from the beginning sound mixing leaves much to be desired. Nurmagomedov did not record on the bjjfanatics standard set we see in many grappling dvds.  For whatever reason Reebok logo seems to be prominently featured through out the video – both with a giant logo on the wall as well as on Khabib’s gear. This dvd is priced at a premium 200 USD tier. This is quite a steep price considering the atrociousness of the audio quality. There’s a noticeable echo when Nurmagomedov instructs as well as volume unevenness. Bad audio would be forgivable if it was a result of – for instance Nurmagomedov recording in a cage as the cage would provide ample opportunity for finer detail and precise instruction. As is, it seems it was sacrificed mostly just so Nurmagomedov could also finance it through Reebok sponsorship.

You can observe audio quality in the following clip:

From the very first minute of instruction you get the sense that this is aimed at a complete beginner level in mixed martial arts.  Dvd 1 is mostly dedicated to demonstrating that it’s not simply enough to just shoot – you have to use punches to sell your takedown technique and in addition to this you have to also be vary of the pitfalls of takedowns such as being susceptible to knees and other anti grappling tactics.

And if you purchased this hoping to up your grappling game that’s also a very hard sell. This dvd seems to be laser focused on sambo and mma and as such specific setups for takedowns will not work in grappling as there’s no imminent danger of strikes. In many ways, the free to watch videos from his father’s seminars are much more useful and interesting.

Many of the part 1 details shown are relatively useless. If you have any experience in grappling, wrestling or even judo you’ll be familiar with the finer points of executing a takedown to avoid the main counters such as knees and guillotines.

Khabib reiterates time and time again how he capitalizes either with his strikes or takedowns – thanks to his opponents reaction. This of course, would be much harder for a newbie as the intimidation factor is not there so you would be hard pressed to get overcommitted reactions from your own opponents but it’s easy to see how this works for Nurmagomedov.

First dvd definitely repeatedly stresses the importance of good posture when attempting something in mma. It’s hard to argue with the usability of this however this is somewhat clear to anyone who has done martial arts. This still doesn’t bridge the gap between knowing how you should do it, and actually being able to follow through.

Second part is dedicated to grappling techniques, notably the dagi handcuff and some of trademark Khabib moves such as that leg lace. For some of the grappling exchanges the camera is clumsily taken off of a tripod and the angle changes in a manner that’s not particularly pleasant or useful for the viewer.

It’s hard to figure out just why a tripod position couldn’t be figured out for ground work considering this is exactly what Khabib is famous for – and this is what the bjjfanatics does day in and out – films grappling exchanges.

That being said everything Nurmagomedov shows has been extensively studied – on youtube, for free. However you slice it, this is the value add segment of the dvd. His bicep slicer details were very interesting and not as common to see out in the free for all wilderness. Looking at this content, it’s very clear why Khabib has had so much success in his own career. His posture and his game are finely tuned to avoid excessive energy waste and to steam roll the opponent with only one bad call leading to their ultimate demise. It’s hard not to applaud Nurmagomedov while at the same time it’s hard to justify such a premium price considering that the instructions lack that extra mile where you go into deep understanding of his meta. From what he’s willing to reveal it’s mostly a principle that you learn pretty early on in bjj: get on top, stay on top and keep advancing positions.

Third section is dedicated to meshing parts 1 and 2 and is a bit more cohesive in terms of workflow. That being said it’s only 19 minutes long which in turn means you’re looking at basically a remix of the first half of part 2. This time slightly more in context.

All in all, Nurmagomedov is certainly a specimen of fine grappling but it’s hard to imagine this is the best he has to offer. In many ways these techniques are just a compilation of his usual fight moves geared toward a complete novice and then executed with immaculate posture.