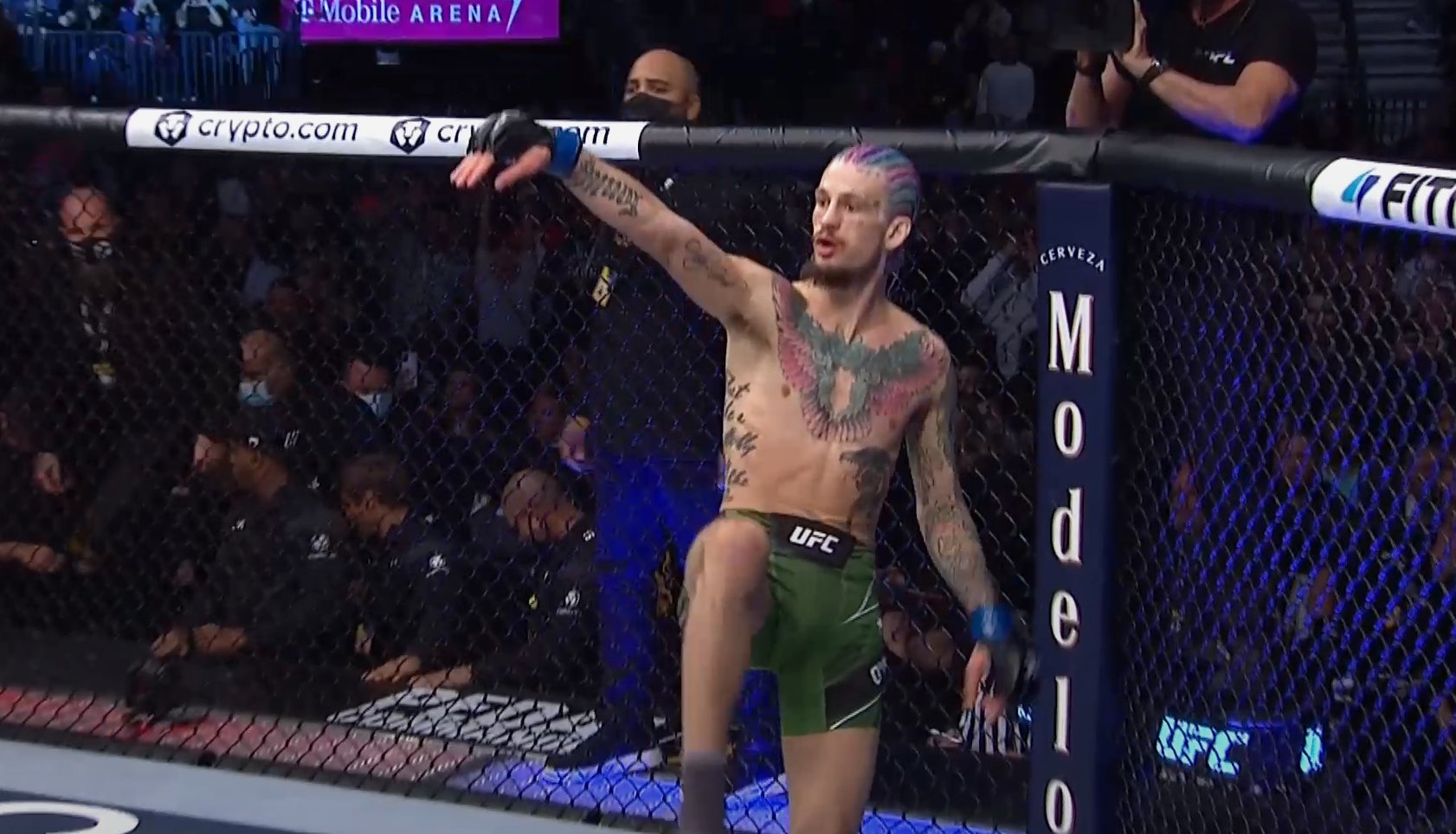 Sean O’Malley aced the biggest test of his career – well the biggest test post Chito Vera defeat anyway. O’Malley delivered a spectacular performance against Team Alpha Male’s Raulian Paiva. Paiva was the more experienced fighter on paper (21-3). What the commentary team failed to mention is that Paiva is 2-3 in the UFC and is finding his feet, sort of speak.

Paiva was outclassed from the very start. O’Malley came out strong repeatedly throwing the front body kick. But very early on one of those front kicks grazed the groin of Paiva causing the action to pause for a brief moment.

Right after the break, O’Malley went on to back up Paiva to the fence and teed off on him.

Sean O’Malley said this fight was ripe for a knockout, and was a man of his word #UFC269

O’Malley by KO in the first ? pic.twitter.com/9rcJvkZdr1

Sean O’Malley looked damn near perfect tonight. The power he possesses and the length he fights with is only going to be a bigger problem as he continues to grow. #UFC269 pic.twitter.com/Qr1h6b9jni

Sean O'Malley has picked a professional path where he's now able to style on overmatched opposition en route to memorable performances. Even more ranked fighters are going to be calling him out. I don't know whether UFC will give into his pay demands, but his plan is not bad.