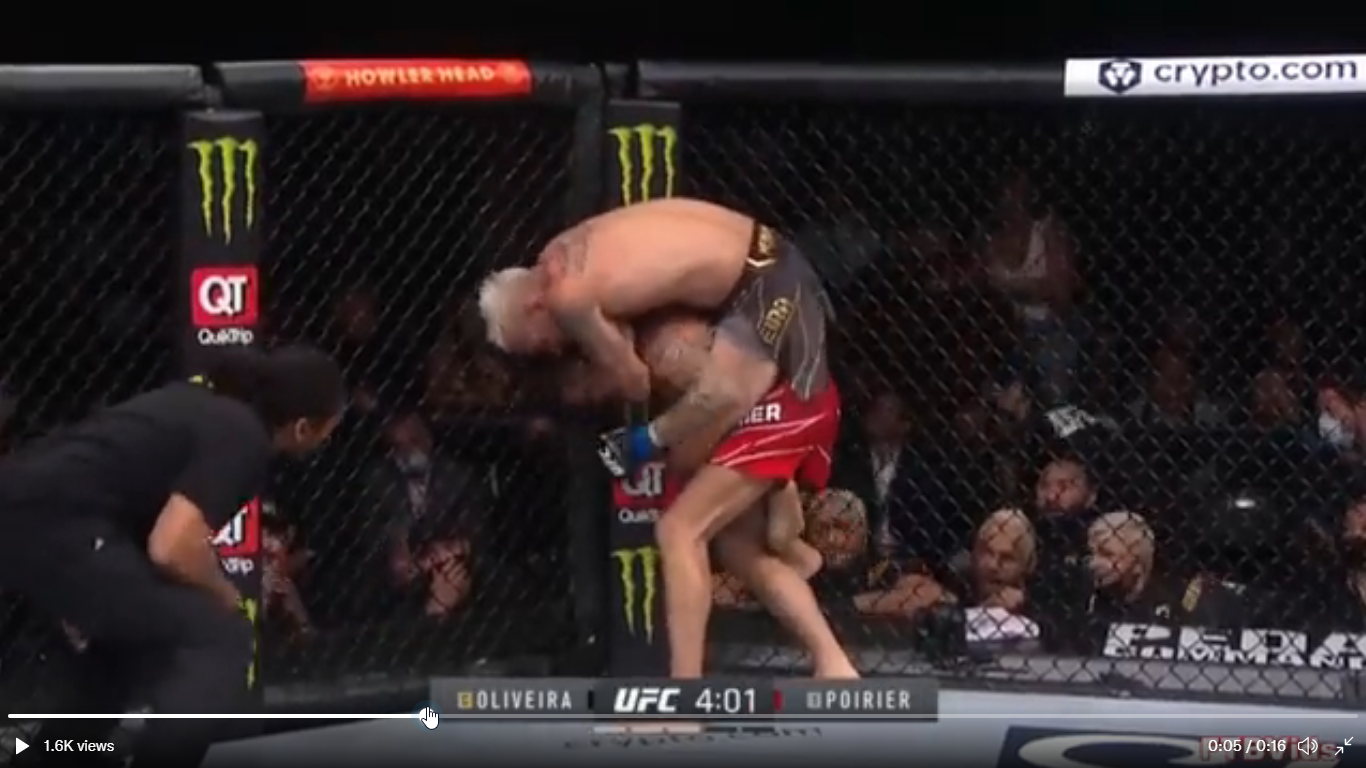 Charles Oliveira has done it again! The best submission artists in the UFC – and the holder of the record for most submissions in the UFC has conquered another huge accomplishment having submitted Dustin Poirier.

In round one Poirier was managing to push back sufficiently and was even edging out Oliveira having wobbled him early on.

The power of Poirier ?

Love Poirier but sometimes, styles make fights! Wow! Incredible performance of some back and forth action! #UFC269

Oliveira came back in Round 2 and managed to grind down Poirier from the top in spite of Poirier doing his best to stall the action with closed guard and rat guard attempts. After losing the round 2, Poirier seemed to be losing momentum. Very early on in Round 3, Oliveira captured the back of Poirier after Poirier ducked a strike. It was all downhill from there. In spite of the commentary team bandwagoning for him hard he had his back taken while standing. At that point Oliveira executed a perfect rear naked choke in the standing position. This is a very similar setup to the very first submission finish Oliveira has had in the UFC.

Justin Gaethje was walkin from the sidelines.