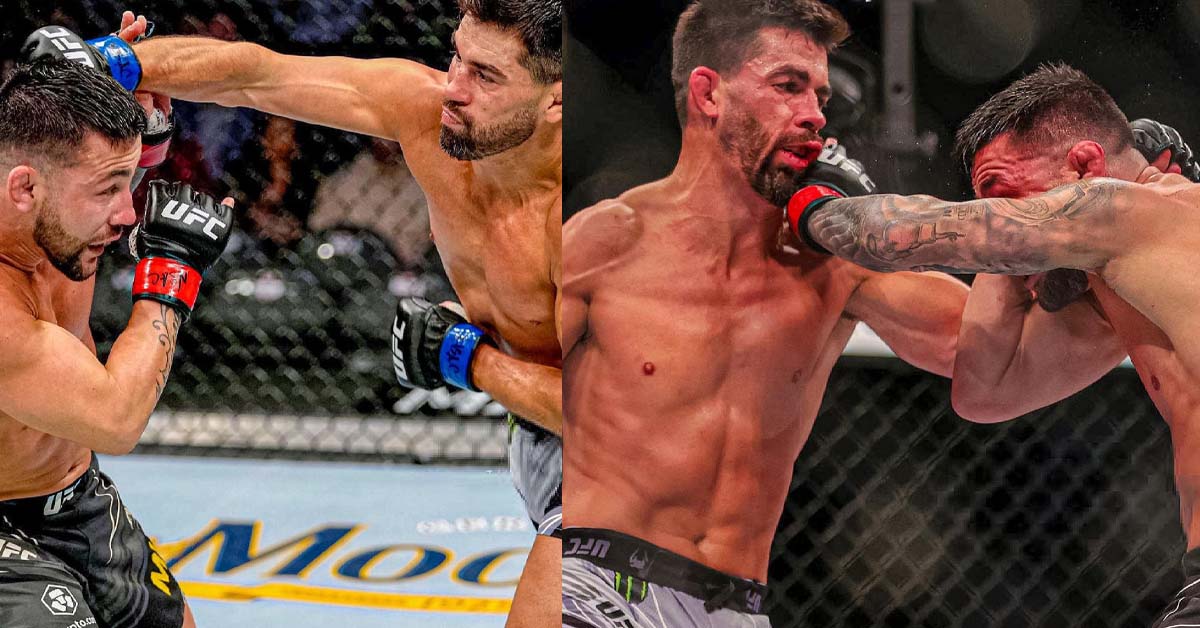 Dominick Cruz was one of the best competitors in the UFC for quite a few years before suffering through several career altering injuries. Many questioned if he would ever return. But he returned – and was stopped by both TJ Dillashaw and Henry Cejudo. All leading upto former champion competing on the undercard.

However at UFC 269, Cruz proved that he is still a force to be reckoned with. While much of first round was spent sizing each other up, Cruz was somewhat compromised early on.

Pedro Munhoz had Dominick Cruz badly hurt in the first round ? #UFC269 (via @ufc) pic.twitter.com/qzaOL6r9ee

Cruz more than made up for it in round 2 where he repeatedly teed off on Munhoz. A less measured Cruz could’ve finished Munhoz with strikes in that round 3.

In round 3 Cruz kept piling on the pressure culminating in many great strike combinations. In addition to offensive movement Cruz also displayed spectacular defensive movement.

Turning the tables and UNLOADING in the second! ?