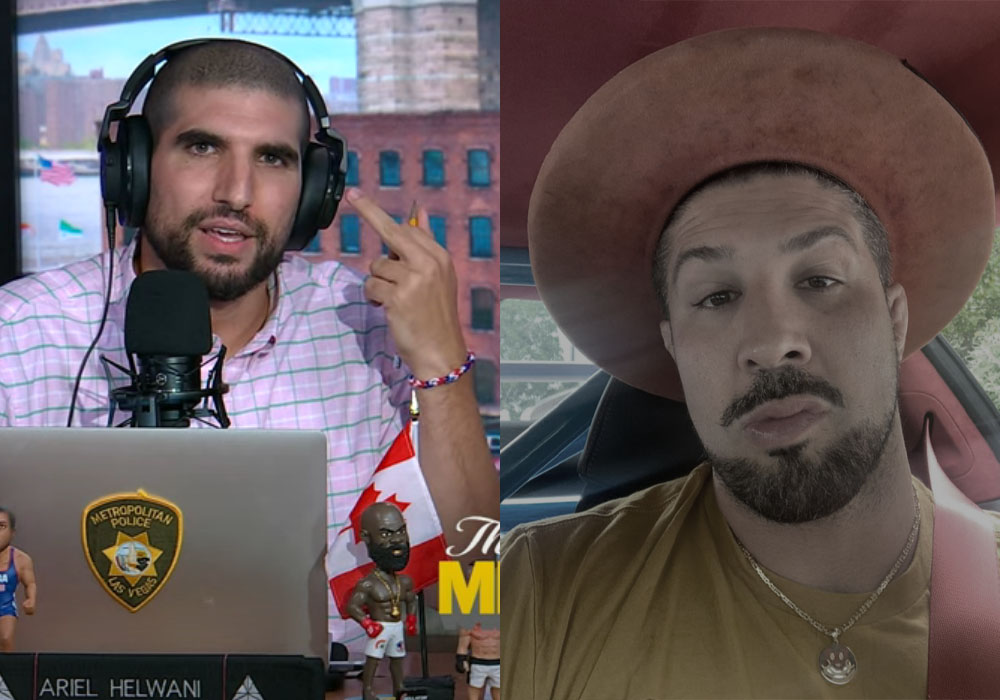 Just last week Helwani unleashed the biggest tongue lashing of Schaub’s troubled career – but with a response to that comes the sequel to the saga.

As a reminder, Schaub attempted to refute Helwani’s claims that he is struggling to attract an audience as a comedian, that he plagiarizes and that he’s paying guests to go on his shows and or bartering them to go on his show as a way to get on the Joe Rogan experience.

In that attempt – Schaub lacked any substance and mostly just called Helwani names such as soyboy and “the Ellen of MMA”.

Helwani’s response to this was a bit more off topic than one would desire. Here are some key points.

Helwani had some interesting thoughts regarding the soy boy insult:

“I saw two guys who needed to muster up the liquid courage to talk about me, but not even really talk about me. What was up with that? You guys had to drink in order to respond to little old me?
Puny little old me? The soy boy? And by the way I’m an oatmeal guy – call me oat boy or you could call me Goat boy, whatever you want. Soy – not a big fan but whatever the hell that insult means I’ll wear it proudly. What does this does this pink shirt make you guys uncomfortable the f–k are you talking about with these stupid insults?”

Helwani went on to reveal Schaub and Callen extended an invitation for him to guest on their podcast – but he also said that Schaub previously refused Helwani’s invitation because “he had his own podcast”. Where things got heated for Helwani, is clearly at the mention of his career.

“Listen again, I will repeat. this all could have ended if you just would have apologized like you said you were going to, on your show. Because you didn’t talk about me being a bad journalist or a bad host or a bad interviewer. You were talking about my character and that means a lot. You were talking about my integrity and that means a lot. My job, my well-being, my livelihood – you were talking about my family and that’s where things get a little dicey dicey for me. And so i would say as far as a response is concerned… I was thinking, I was like trying to rate it. I was trying to rate the response best i could come up with 1.7 out of 10.”

Of course this is the infamous callback to Brendan Schaub’s failed comedy special on Netflix which has one of all time lowest ratings on the international movie database. What Helwani failed to mention is that even that 1.7 likely isn’t accurate because there were offers made in exchange for a “kind review”. 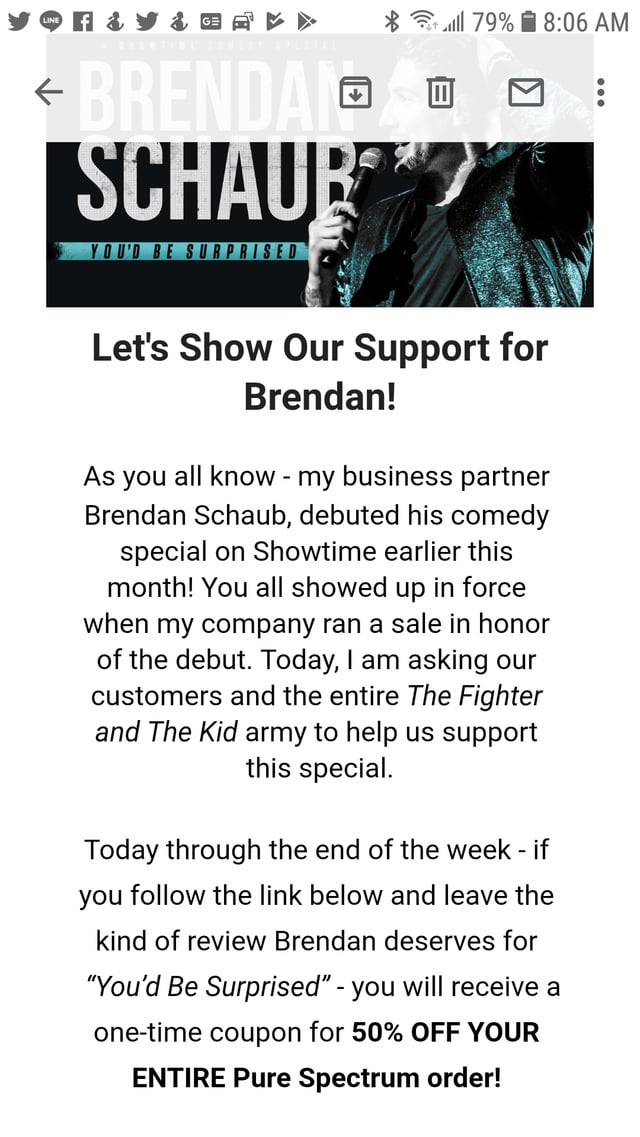 Helwani also called the terrible twosome of Schaub and Callen on calling him a coward:

“…it’s not happening anymore, you’re gonna go out there and say that I don’t have the balls to say this to your face. Did you forget, at my puniest, that I stood in front some of the scariest mofos on this planet – Rampage Jackson. Did you forget that I stood in front of Nick Diaz when he wanted to kill me? Rampage when he wanted to smack my head off,”

“I’m not trying to fight you guys, that’s probably the only thing you can do better than me, is fight. And you didn’t do a great job of that as well but hey, respect. you stepped in there, I never did.”

But to loan an expression from Schaub, things didn’t get dicey until Helwani outlined what it would take to end this beef:

“… We could just drop all this once and for all and you give me what I want. I want you to go out there on your show and say that you lied about me constantly over and over again for whatever stupid reason. Because you’re jealous, I don’t know what it is. Never had an issue and I always kept my
Mouth shut, high road Helwani. High road Helwani no more. (You) say that I’m a soy boy that I’m a this
I’m a that… I remember you crying on air, that’s why I’m a soy boy? Cause I cried once because someone said that they were gonna end my career, put a bullet in my head. Why were you crying on air again? I think it was about your friend right? What happened then I forgot about that story?”

Of course Helwani is referring to the infamous clip of Schaub fake crying and Callen swollen from plastic surgery talking about how they barely knew their close friend Chris D’elia when his sexual abuse allegations surfaced.

Helwani also expressed an unwillingness to let things go, unless the Fighter and the Kid change their modus operandi:

You can watch the entire Helwani rant below: