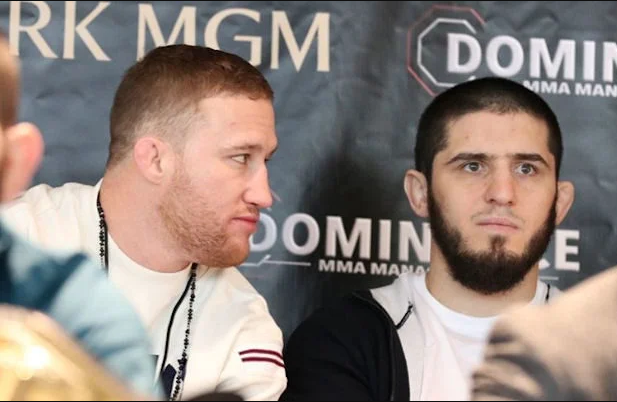 Justin Gatheje has been at the top of the lightweight division for quite some time. In many ways – he’s the one that broke Tony Ferguson, and he also had a chance to take Khabib down from the throne. But now the narrative is turning. Gethje shares a manager (Ali Abdelaziz) with both Nurmaogmedov and Makhachev – and it’s becoming clear how much of a conflict of interest that might end up being for Gaethje.

In spite of being ranked higher for substantially longer – UFC bandwagoner Daniel Cormier is pitching hard for Makhachev to skip the waiting line for a title shot. 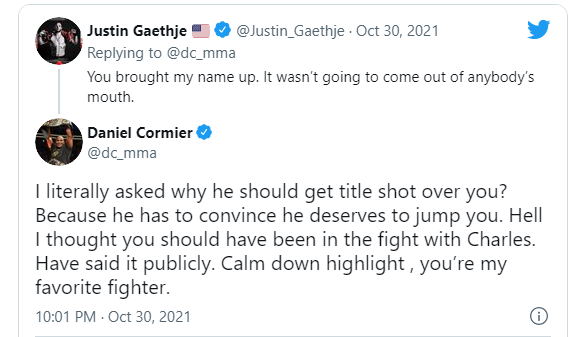 Gaethje appears to be stuck in a thankless position where his manager is more likely to give better representation to his direct competitor. Just earlier this month Justin Gathje criticized the UFC rankings and how much of a joke they really are:

“It’ll be good to see Islam fight someone that’s ranked higher,” Gaethje told Helen Yee in a recent interview. “It was crazy to see… we got the same management and all that. But to see the dude jump from 15 or 12, to five, after beating the number 14 guy was pretty crazy to me. So yeah, I’m glad to see him fight an actual ranked fighter.

“I hate to see people get pushed that are not finishing people, not exciting. But that’s just me. And that’s how I’ll be… whether he’s champion or not, that’ll be my outlook.”

And this is putting it lightly. Three out of last five Makhachev opponents were unranked. Two were ranked below him – yet he still advanced up the rankings having defeated them.

Hey @Justin_Gaethje you not happy I’m getting next to you in rankings? ?

And as for Cormier – it’s no secret his two biggest loves are the UFC teet he keeps suckling on and Khabib Nurmagomedov. It’s baffling how the UFC is still letting him fanboy over AKA fighters over in the commentary boot. Unlike his collogues Cormier doesn’t even try to disguise his biases – rendering some of the fight commentary unwatchable.