UFC heavyweight champion Francis Ngannou is enjoying playing the field. Ngannou alleged he would be a free agent come December of 2022 back when he defended his title against Cyril Gane.

Ngannou has been embroiled in contentious negotiations with UFC and he may have just hinted that he’ll be signing with the PFL.

Ngannou said on December 12 that his “second chapter” was about to start. This was just around the time when news of him being a free agent surfaced. In the video he shared he shares that ‘his second career’ is about to start soon.

But after a social media post over the weekend, many people are now speculating that maybe his contract situation is about to be settled after all, with the PFL rather than the UFC.

Ngannou posted a photo of himself dining with his family on social media. One of the ladies sitting at the table was sporting a PFL t-shirt, while the other woman there was dressed in traditional African costume.

He posted pictures with the caption: 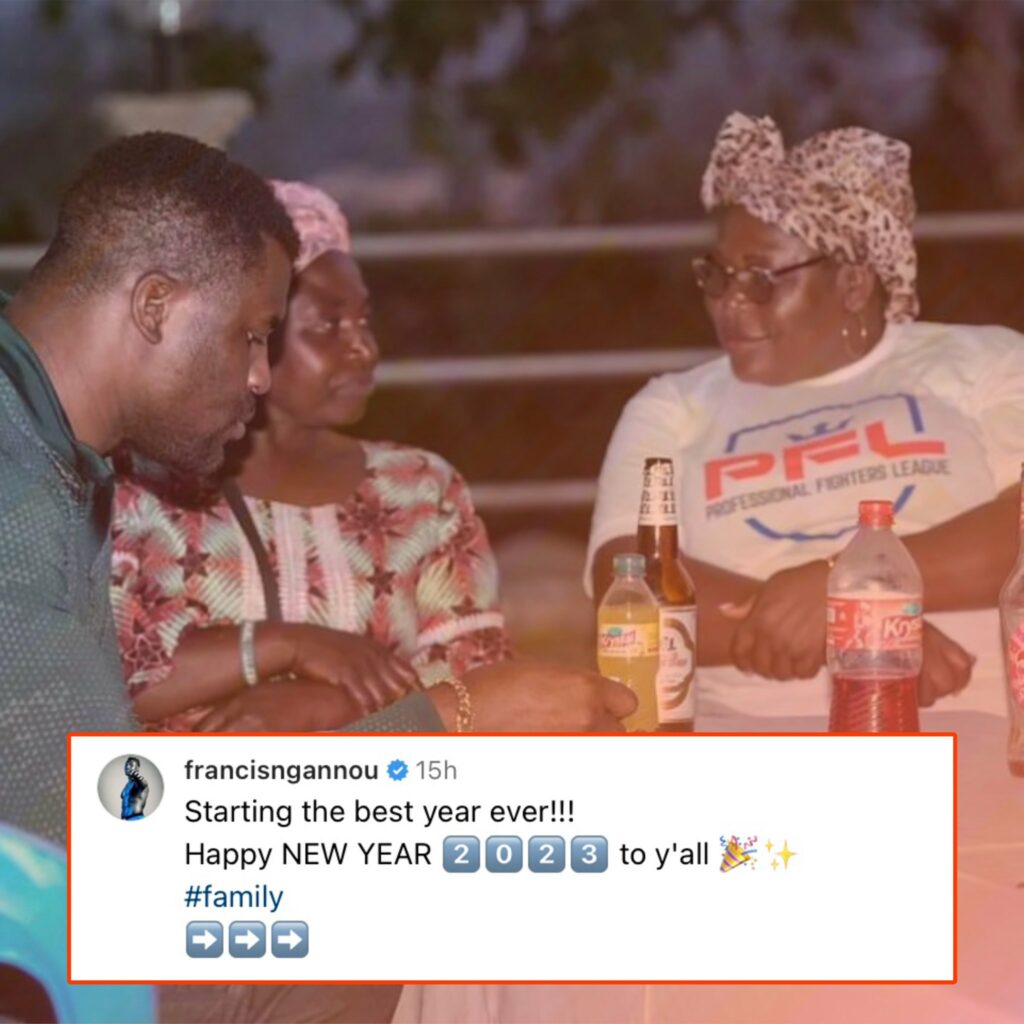 . Another possibility is that Ngannou and his team are using it to get a rise out of UFC.

UFC appears to be targeting Ngannou vs Jon Jones for March of this year but the negotiations are rumored to have stalled.

Ngannou was previously vocal about wanting to have a contract that would give him a right to compete in boxing if he were to choose to do that. UFC contracts tend to be exclusive and exorbitant in terms of duration so it’s unclear how the brass might adjust to this.

UFC also isn’t much for negotiating, they’ve pioneered strong arming the mixed martial artists with ‘take it or leave it’ style offers. This kind of behavior resulted in much of the talent pool benched for unforeseeable amount of time.