Former UFC Champion Petr Yan suffered a serious professional set back when he lost the rematch to Aljamain Sterling – not to mention a questionable judges scorecard loss to UFC’s second favorite up and comer – Sean O’Malley’.

But as it turns out, Yan might have bigger problems around the corner.

The Siberian is on a long list of Russian athletes sanctioned by Ukraine for allegedly supporting the war.

This is especially questionable considering Yan is one of the only athletes from Russia to actually share a message ‘No to war’ on his socials.

A number of higher profile athletes from Russia were either silent or posted messages that were free to interpret. Russia’s biggest superstar, Khabib Nurmagomedov, only reacted on social media after forcible conscription was announced and even then he posted something that can be interpreted in a multitude of ways.

The caption was accompanied with a photo of a graveyard.

Yan subsequently got involved in the UFC flag ban – inadvertantly. After Aljamain Sterling and his team posed online with Ukraine flag in an attempt to provoke Yan ahead of their rematch, UFC instituted a flag ban.

The flag ban wasn’t publicized at first – and was only something that would be revealed when individual athletes would be prevented from displaying their flags, bandanas or other national symbols.

Yan has been spending time with his family and has no scheduled bouts incoming. It’s unclear what power, if any the parliament of Ukraine has over Yan.

Unlike Yan, a number of prominent athletes went and visited Chechenya recently to visit the US sanctioned warlord and wish his son a happy birthday.

In fact, former UFC champion, Cody Garbrandt is currently in Dubai along with Khamzat Chimaev and said son – training. 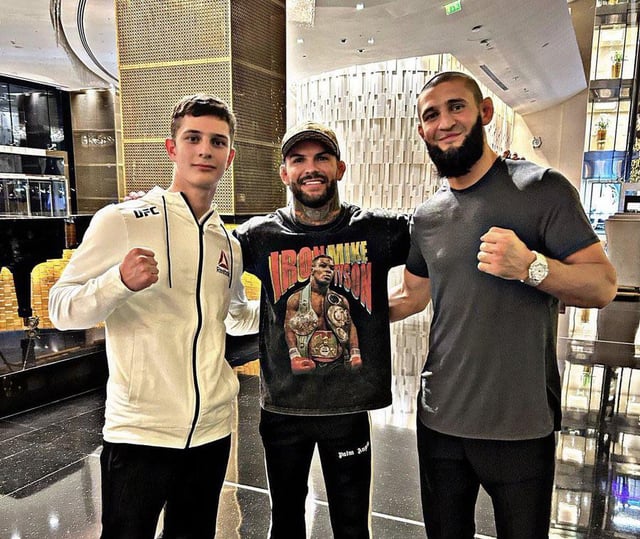 US treasury sanctioned Chechen leader and is reportedly aware of the UFC aces associating with the controversial leader.