UFC lightweight contender Beneil Dariush was at the highest of highs, when he defeated former title challenger Tony Ferguson via unanimous decision at UFC 262 back in 2021.

Dariush could’ve called out anyone in the octagon interview, but instead, the 32 year old surprisingly called out business tycoon and owner of Tesla Motors, Elon Musk.

Dariush revealed that he ordered a new Tesla car for his pregnant wife six months ago and hasn’t received the vehicle yet.

Dariush said in the octagon interview:

“Elon, where’s my wife’s car, bro?” Dariush said after his win. “I’ve been waiting six months. I’m having a baby, I need a good car, I’ve got to protect my daughter. Let’s go, Elon. Get me my car!”

Since UFC is the biggest mixed-martial-arts promotion in the world, it didn’t take long for Dariush’s words to reach Elon Musk. The billionaire entrepreneur immediately took to Twitter to apologize to the fighter for the delay.

Elon wrote on Twitter, “Coming soon. Sorry for the delay!”

However, four days after the tweet, Elon Musk made sure Dariush didn’t have to wait any longer for his ordered car as he sent him a brand new Tesla car worth almost 130k. 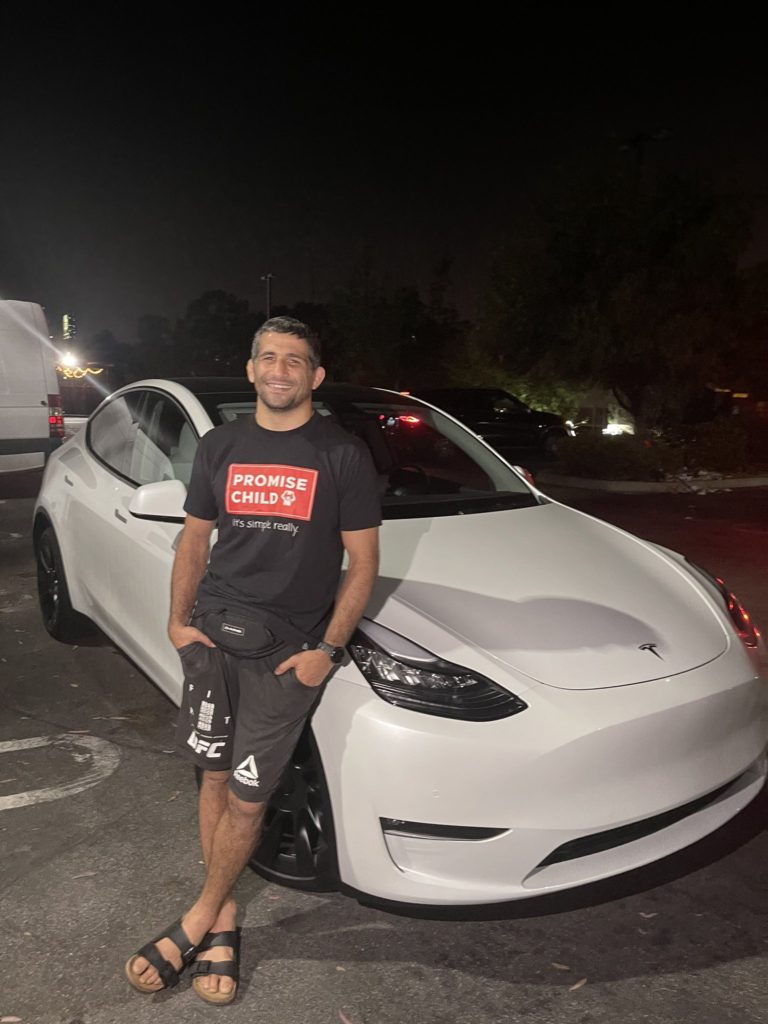 Dariush’s manager Ali AbdelAziz shared the news with the world when he posted a picture of Dariush standing next to a Tesla on his social media handles with the caption,

“@elonmusk came through for @beneildariush with a free car until his order is ready. Elon is a gangster @ufc.”

The following Sunday, Dariush woke up to mutliple call from Tesla dealerships.

“I’m like, ‘I think I’m getting scammed,'” Dariush said. “I didn’t overthink it. I just ignored it. Then, I hear about how Elon replied to my callout. I said, ‘Oh my gosh, these people might be real.’ We called them back and they said to just come in and they’d get it all fixed up. I was like, ‘That’s it? Just come in? I’ve been calling you guys for months.'”

The South African born Elon Musk is an avid Twitter user as he feels Twitter keeps him up-to-date with the world and it is a great platform to practice freedom of speech.

Musk is the owner of 9.2 percent stakes in the social media platform Twitter. Recently, He was offered a seat on the board by Twitter but with the condition that he cannot own more than 15 percent of the company’s stake. The ‘gangster’ billionaire rejected the seat and offered to buy the whole company for a colossal $41 Billion.