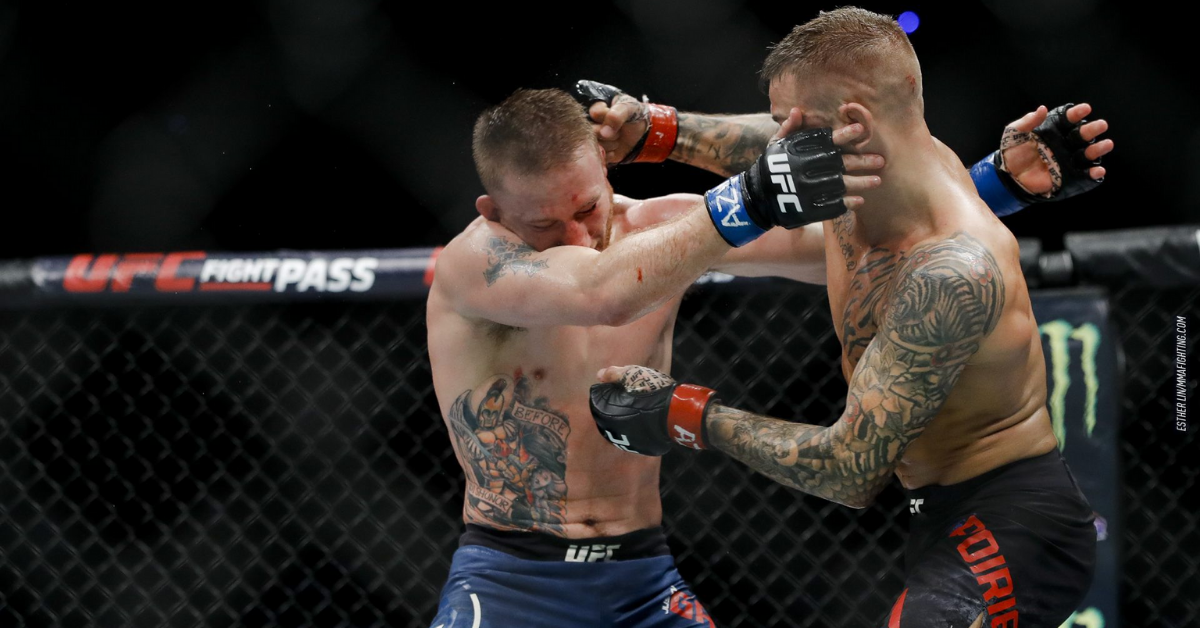 Eye gouging, or eye-poking, is one of many illegal moves in MMA that can easily happen by accident. This is often credited to the design of the gloves – and especially the gloves used by UFC.

Back in 2018, Dustin Poirier fought Justin Gaethje on the main card of UFC on Fox. Poirier won via TKO in the fourth round.

During that fight, Justin Gaethje eye poked Poirier 2 times but he was still able to continue the fight. Not long after the second eye poke, Poirier took his revenge eye poking Gaethje, causing the fight to be stopped temporarily.

The two then started a verbal exchange in which Poirier said some harsh words to Gaethje.

Luckily, the altercation didn’t get escalate, and the fight continued resulting in Dustin Poirier as the victor.

Even though eyepoking is considered a foul – there is no clear standardized penalty. Some give a warning to the fighter, some immediately deduct a point and other refs don’t even notice when it happens. In terms of the repercussions – being poked in the eye correlates with losing the fight and sometimes it even directly causes a no contest or a dq end to the fight.

In March, Leon Edwards eye poked Belal Muhammad at UFC Fight Night 187 which resulted in a no-contest as Belal was unable to continue the fight. The referee, Herb Dean, considered it to be accidental and the fighters were scheduled for a rematch but Edwards declined to follow through

Meanwhile, in 2018, Megan Anderson won the fight after her toenail gouged the eye of Cat Zingano at UFC 232. 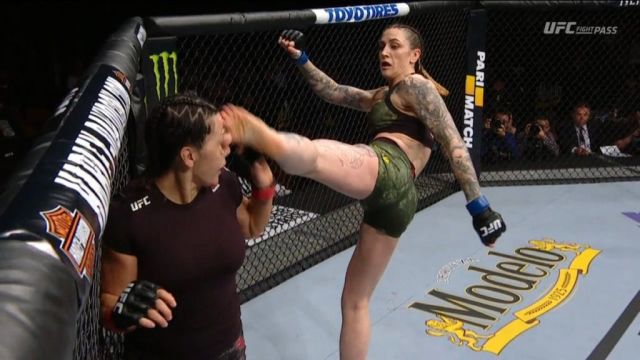 Zingano was rendered unable to fight and the fight ended officially via technical knockout with an eye injury..

Eyepokes are another area where the UFC is keeping the financial interests of the organization as a priority over the fighters well being. For one – a consistently applied harsh sanction policy would definitely help. For another, having a different type of a glove would substantially lower the rate of accidental eye pokes. It still wouldn’t help in situations like this one but it would greatly help with the overall percentage of them that happen during striking exchanges. According to Wittman these new gloves would solve a lot of extra problems in addition to the accidental eyepokes. But here’s where the UFC profit margin once again trumped all of fighter’s best interests. In spite of being interested in the glove the UFC wouldn’t be adopting the technology – for one simple reason – they wanted to own it as opposed to partner with Wittman or even license the technology.