This suggests that the “Drake Curse” is perhaps still a thing,

In the UFC 281 main event, Alex Pereira upset the odds and defeated Adesanya. This was much to the dismay of high-stakes backer Drake who placed seven figures on Adesanya.

Drake has lost a lot of money before while making bets on world champions. Drake spent $200,000 on Kamaru Usman’s knockout of Leon Edwards at UFC 278. Drake lost another $230,000 on the same event when he gambled on UFC great Jose Aldo to defeat Merab Dvalishvili.

But Drake is also a widely known betting tout who is even listed as a ‘partner’ of the house where he places these wagers so it’s possible it wasn’t even his own money he was staking.

Recently, MMA fans have started talking about Drake’s large wagers on UFC bouts. Even if he did win a $1 million wager backing Israel Adesanya to beat Jared Cannonier at UFC 276 on Saturday, things did not go his way. Israel Adesanya seemed to be seconds away from a unanimous decision win heading into the fifth round. Near the two-minute mark of the round, Pereira rocked Adesanya with a short left. 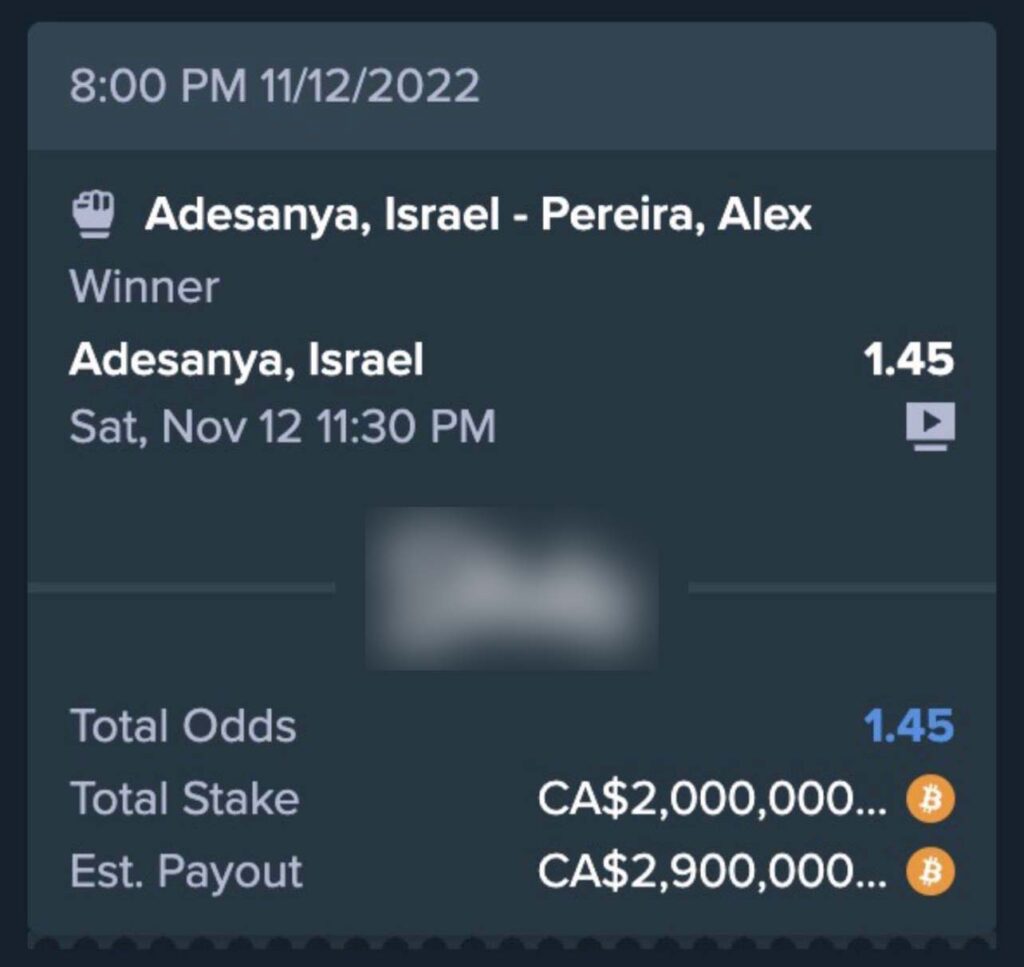 Adesanya was only partially able to dodge the onslaught of blows that Pereira unleashed. The MSG audience went into a frenzy when the referee intervened and called for a stop once it was clear Adesanya was wobbly on his feet and unable to defend himself.