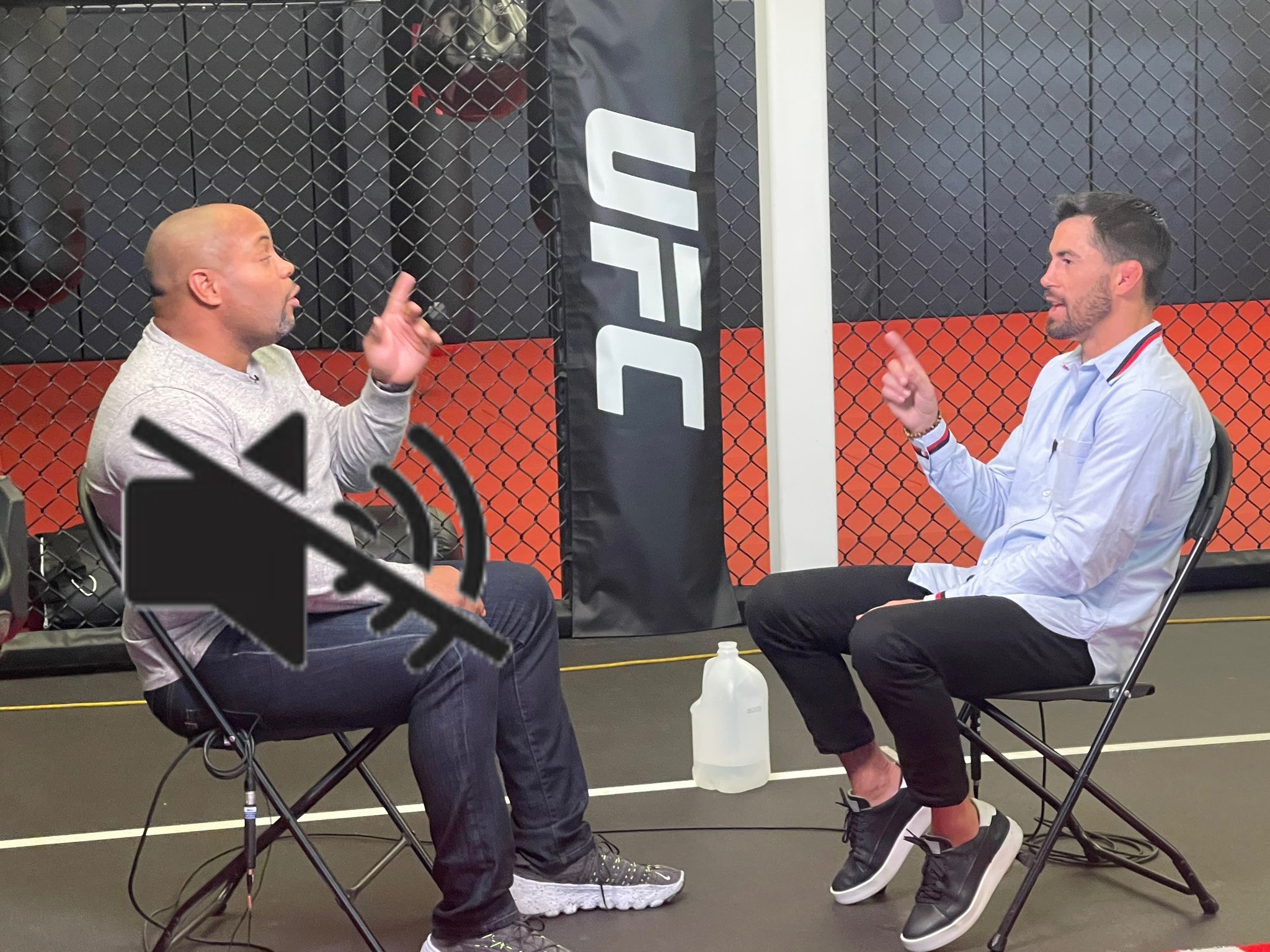 Dominick Cruz is fighting for the second time this year against Pedro Munhoz in a bantamweight bout at UFC 269. Prior to last night much of the fight narrative has been crafted around the fact that Cruz – who previously had a record of 20-1 is on the undercard while Sean O’Malley (14-1) will be featured on the main card.

All of this would change during the media day. Late yesterday Dominick Cruz was asked to rate the abilities of his fellow commentators. Cruz  expressed concerns regarding the performance of Daniel Cormier as a commentator.

Daniel Cormier is arguably one of the greatest fighters of the last decade. However he’s also been repeatedly criticized for fangirling over Joe Rogan, being biased toward AKA fighters (former teammates) and playing the company man on behalf of the UFC.  In addition to these fan concerns – Cruz was not pleased with Daniel Cormier’s commentating style. While Cruz prepares thoroughly for commentating the fights Cormier is often  unable to keep the fighters names straight and generally unaware of who they are.

Cruz was quoted saying:
“Anik, to me, I watch Anik do so much homework leading up to a fight,” Cruz said. “People have no idea how much homework he has to do to be prepared for that. The most kudos for me really goes to him. He leads us in the broadcast with how he talks.”

“When it comes to ‘DC,’ I usually mute it. I love DC, he’s my friend, but to me, from my experience, he doesn’t do the homework. He wants to get in and out, get the job done, make his money, and I think he cares about us but it’s just different. He doesn’t do the preparation from my experience. He might now, I’m hoping he watches some film this time on me so he knows what I’m doing and why I’m doing it, but I’m not gonna hold my breath on that, that’s for sure.”

“I get paid the same regardless. I’m getting good money to do less promotion and less headaches.” @DominickCruz *really* does not care about his placement on the card.

Cormier was none too pleased about these comments and subsequently confronted Cruz during the latter part of media day.

I saw what Dom said today so we had a chat. Go to my YouTube channel for full interview. If you can even call it that premiere in 7 minutes. https://t.co/mZDb73DzsK pic.twitter.com/uroLbKKiVW

Cruz also explained his way of preparing for the job as a commentator and claimed that it is a difficult job and he is striving to improve in this department. He added:

“Honestly, I’m never perfect, so there’s a roster of, I don’t know, what, 400, 600 fighters, and not everybody’s gonna agree with what I say either,” Cruz said. “So it’s all perspective in there. DC is a gifted athlete and I think [Michael] Bisping does a lot of homework. I think he watches a lot of films and I think there are certain people that watch the film and I count that because I do the film study.”

Cormier also fired back at Cruz during the interview exclaiming that Cruz’ commentating is “too dry”.

What I have learned is @DominickCruz has humor so far beyond then 98% of the population this is a great little clip of him beautifully taking the piss out of @dc_mma pic.twitter.com/zG7yXHDcPQ