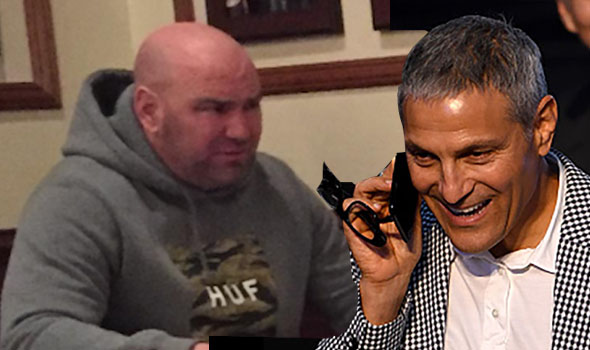 Fighter’s pay has been a hot topic for quite a bit. Thanks to the large amounts of media attention other one off promotions are getting lately – and to the unmuzzling of Ariel Helwani and diligent reporting of John Nash it’s become apparent that UFC fighters are inadequately compensated for the performances they put on.

And Emanuel used some very creative data skewering to make his point. For starters he explained that if this were true Conor McGregor would not be the most paid athlete on the Forbes list.

“They just did a recent study of the highest paid athletes. The number one athlete was a UFC fighter. They are making money from wrestling kits, paid marketing opportunities that we are creating for them with our sponsors, income for NFT and we are investing money in a performance institute to rehabilitate them, [focus on their] diet, etc. «

Well – this is a very creative of Emanuel. Of course what he fails to mention is that the majority of McGregor’s wealth this year came from a personal investment and not from the company – McGregor is estimated to have grown his wealth by a staggering 180 million dollars this year – just 22 are estimated to be from the UFC and the rest from selling the majority stake in his Whisky company Proper 12.

McGregor likely retained a minority stake – as well as the promotional gig that Proper 12 became infamous for.

And well things take a corner from there – even McGregor is underpaid considering how much money he brings in. The irish sports star has been behind some of the biggest PPV cards in sports history – yet he’s mostly left with chunk change.

To put things into perspective – Conor has done nearly 7 million total PPV buys in the UFC, in 5 fights. That amounts to nearly $400million in revenue. How much of that has Conor pocketed? And that’s not even counting the Poirier fights.

Here’s another interesting chart to look at. If we consider the global interest into UFC by the public – it’s consistently peaked with McGregor fights. Here’s an example:

Can you spot the common trend?

Still the fighters receive symbolic payments from the fight kit sponsor Venum. And the lucrative partnership with crypto.com – is one that fighters get nothing from.

Emanuel was also quick to point out that UFC pay has grown 600 times in the last decade. Well – this seems like science fiction until you consider the following. Back in 2004 – Nick Diaz was paid 3000 dollars to fight Robbie Lawler – and then he secured another 3000 for that epic knock out.

And that’s just it.

Who else can't wait for Nick Diaz vs Robbie Lawler rematch at #UFC266?! pic.twitter.com/6Vl2JSabCn

The fighters have been criminally underpaid for a very long time – before the fight sport was established. And way before it became a culture mainstay. A mainstay like basketball, football and even hockey. Sports where the athletes are compensated sufficiently so that they can support themselves when inevitably their athletic career comes to a close and their injuries become to hard to perform – and sometimes even cope with day to day.

So let’s keep talking about it – and about how degrading it must be for professional athletes to have to resort to gofundme pages just to keep doing their job. The UFC is not an opportunity – it’s a calling and one that’s likely to debilitate athletes for the rest of their lives. As such they should be compensated accordingly.