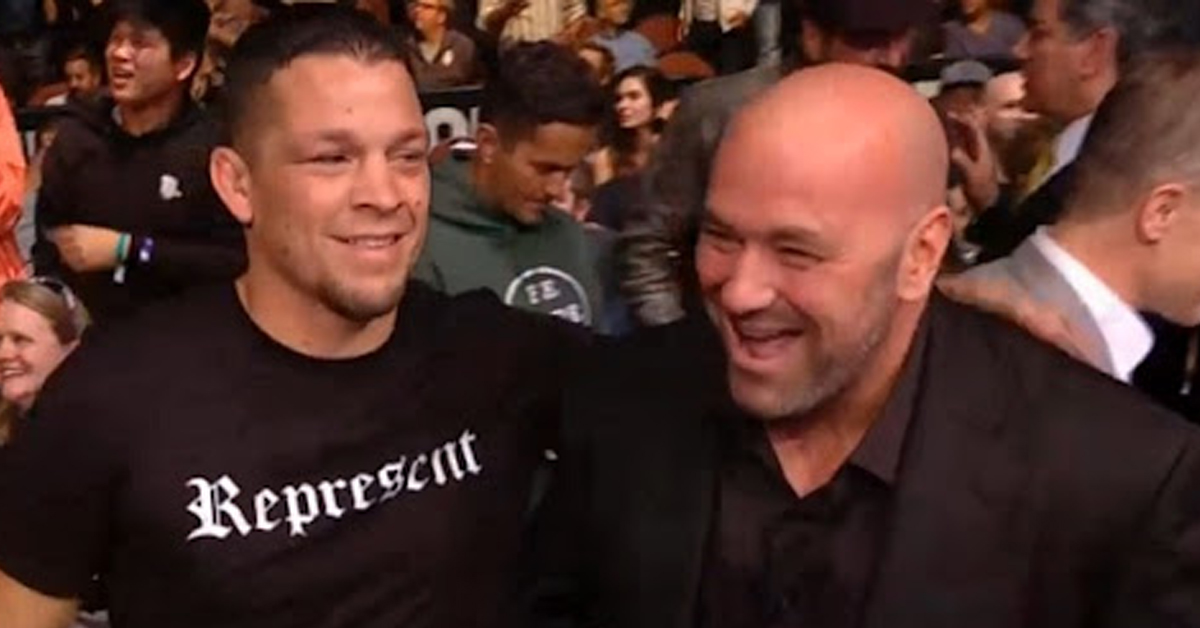 Dana White might be getting ready to part ways with Nate Diaz – but not before he gets more star power out of him, and if possible transferred to rising star Khamzat Chimaev.

Still White insists losing to Chimaev wouldn’t devalue Diaz stock in any way shape or form. During an appearance on the Pardon My Take podcast White went on to claim he believes Chimaev is the right opponent for Diaz.

While White isn’t technically wrong – it is likely Diaz fans would still show up for him in droves even if he were to lose to Chimaev it’s certainly a kind of a hitjob. A simple look at statistics paints a grueling picture. For starters – a wrestler like Chimaev is more than likely to take things to the ground. Here we turn to Nate Dia career statistics. Takedown defense has never been his forte. He succesfully defended only 40% on the takedowns attempted on him. And in fact it’s been a hot minute since he fought anyone with a pure wrestling pedigree.

This is Nate Diaz’s reaction to Dana White wanting him to fight Khamzat Chimaev. pic.twitter.com/ipVeHRKkU2

And as for Diaz’ future White clarified:

“I mean that is a decision he needs to make. Listen, for a lot of these guys… There’s no secret about it. If you believe that you are one of the best in the world and if you believe that you can win a world title here, or hang with the top five. Then this is where you should be. The minute you start doubting that is the case, you’ve got to start looking at other options.” White said to Aaron Bronsteter.