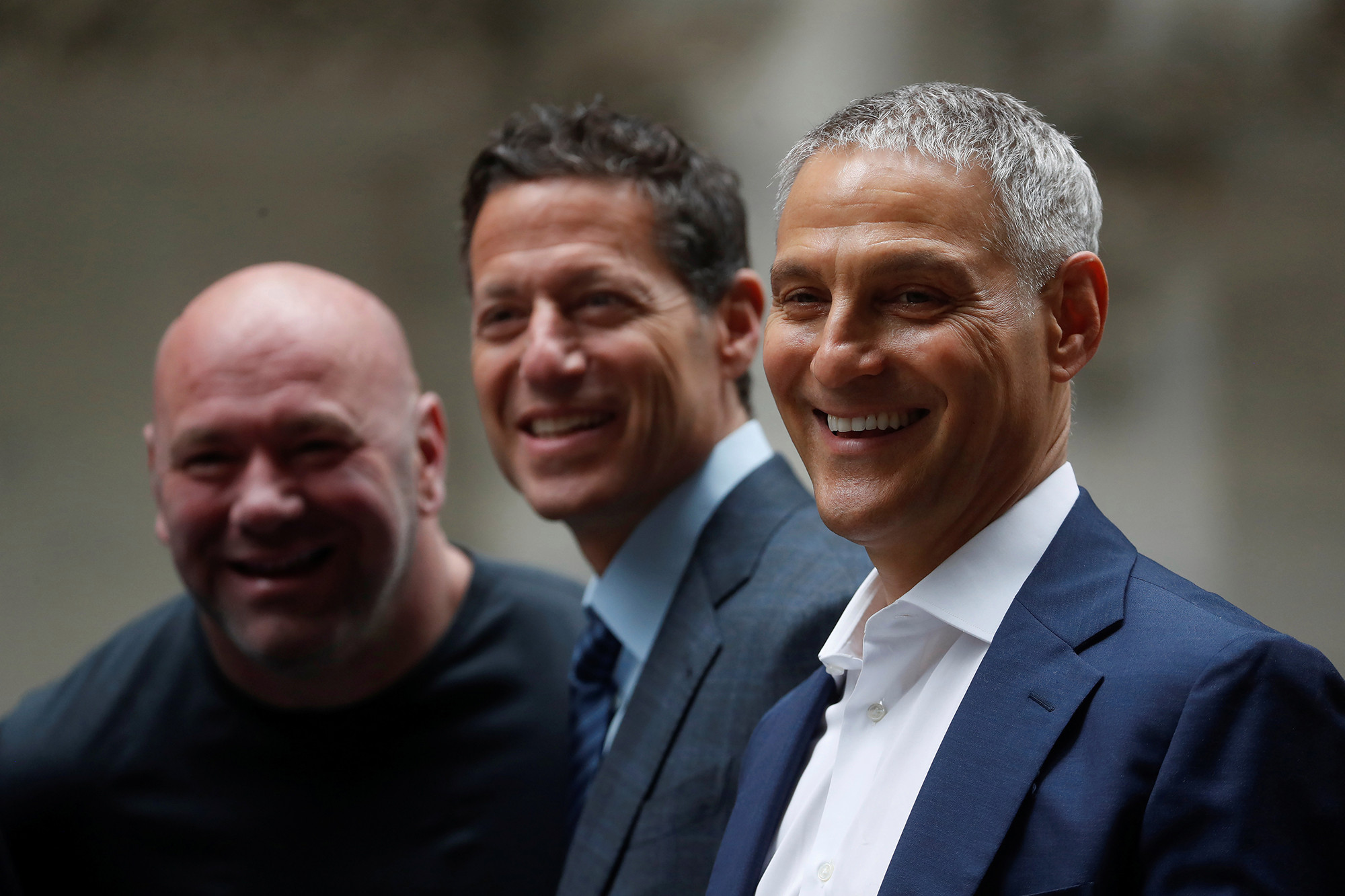 UFC’s new owners – famously headed by Hollywood power agent Ari Emanuel seem determined to keep the UFC as their cash cow. During the pandemic the UFC had kept things running smoothly – but WME hadn’t – it had fired 20% of its workforce in 2020.

However this didn’t mean that Emanuel was taking a pay cut himself – he actually found a great way to enrich himself through the hard time Endeavor (formerly William Morris Endeavor) had been going through. According to NY Post furious share holders of the company were told in April, just before the IPO that their shares had become worthless.

According to the shocking report:

“Employees’ options had been diluted well below the company’s stock price not only because of the pandemic that hammered Endeavor’s business, but also a massive trove of stock awards that had been granted to Emanuel…”

And a bit further down the line lies the hammer:

“Ari basically made himself whole by issuing himself a ton of UFC equity in the last 12 months when no one else was getting much stock and then those units converted to a huge amount of Endeavor equity,” a source said. “No one else’s slice of the pie got bigger.”

“You have these scumbags out there that know nothing about the business telling all the fighters ‘oh you’re all being underpaid. You’re not being paid enough money. You’re not this’ — it goes on every f—king day!” White ranted on Travis Browne’s podcast.

“Every media member that talks about fighter pay is a scumbag who is basically just out there to get attention, because they literally know nothing about the business or the pay or how any of this s*it works,”

This is particularly interesting in light of how his boss handled an actual crisis at the parent company – by enriching himself and choosing to make employees’ options obsolete. This right there should tell you everything. UFC, and it’s parent company Endeavor are more than happy to make make obscene amounts of money on, in case of UFC, literal backs of their employees.

UFC has long played with access based journalism – and it seems like that type of media coverage is there to stay. But with the interest in the sport of mixed martial arts on the rise, it seems like its hard to keep out all the journalists that disagree out. But journalists have long been trying and failing to get attention for the UFC class action lawsuit  and the benefits of unionizing.  This is a facet Jake Paul has excelled in. And more and more media are catching on with the public outcry over fighter’s gofundme pages and begging for bonuses.

“Look, the UFC fighters can’t talk about it,” Paul said. “They can’t advocate for fighter pay because Dana White will just shelf them and a lot of the times it’s the same situation with boxing promoters who sign some of these young stars and lock them up in super long contracts.

“But I see how hard fighting is, I see how hard fighters work. The fact that it’s so skewed versus any other sport and it’s the most dangerous sport out of all of them, there needs to be a change there. I’m actually starting to affect Dana White’s business.”

And Paul is on the money with this observation. In recent history Dana White has come to the defense of horrible fighters on impressive losing streaks – just on account of their comments praising fighters pay.

Back in 2016, Alvey hit all the talking points the UFC had wanted him to saying:

“I’m strongly against the unions,” Alvey said. “I’ve said it before. The unions want to pay everybody the same amount, and I don’t support that. Conor McGregor earned his multi-millions by the way he runs his mouth and the way he wins. As much as I’m not a fan of his, I’m with that.

“With a union, he wouldn’t be worth that. He wouldn’t get half of what he’s asking. Now for some of the guys that don’t stand out like him, I think a union could do well. But I think that they are taking something from someone that has earned it.”

But perhaps the fighters should look at Hollywood for a solution – Screen Actors Guild was formed back in 1933 in an effort to eliminate what was described as exploitation of Hollywood actors who were being forced into oppressive multi-year contracts with the major movie studios. Sound familiar?

Opposition to these contracts included that they did not include restrictions on work hours or minimum rest periods, and often had clauses that automatically renewed at the studios’ discretion.

This is eerily close to UFC’s current contracts as evidenced in the anti trust lawsuit. So, is it scummy to suggest this is a situation that needs to be rectified? The Hollywood mafia seems to be intent on not letting the fighters have the privileges’ they themselves have enjoyed for close to a hundred years.