The cat is finally out of the bag. Dana White just confirmed what we’ve been writing about for months – Conor McGregor is not in USADA’s testing pool and will need to enter himself into the pool for 6 months prior to being eligible to compete in UFC.

Now here’s where it gets dicey, sort of speak. All athletes including the ones that are under suspension from USADA need to be tested during the period. McGregor has previously played with the system announcing his retirement willy nilly and therefor making sure he wasn’t being tested for PEDs.

McGregor has been absent from the USADA pool for all of 2022 as evidenced by his hulking physique. After pictures of McGregor looking bigger and bigger started emerging, publicized backlashed caused USADA to issue a statement. 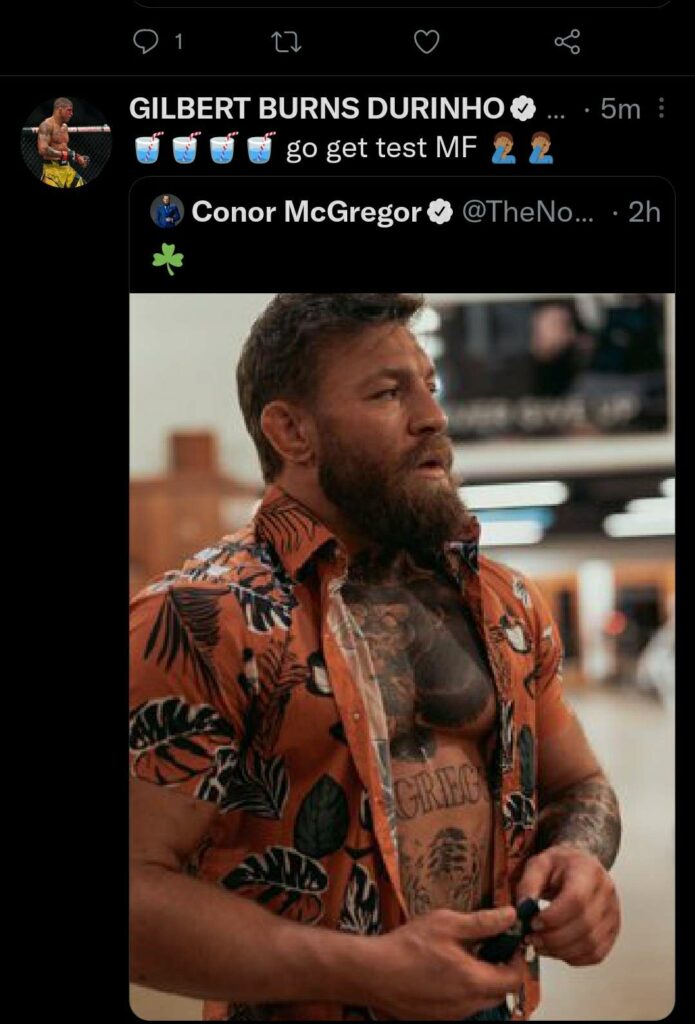 USADA supplied TSN with a statement on the subject in September, which read as follows:

“In the event of an athlete’s return to the UFC, they are required to remain in the USADA testing pool for six months before they are permitted to compete. ”

“UFC may grant an exemption to the six-month written notice rule in exceptional circumstances or where the strict application of that rule would be manifestly unfair to the athlete, but in both cases under the UFC rules, the athlete must provide at least two negative samples before returning to competition.”

Now White has previously refused to comment on the subject of McGregor’s retirement however this particular question had interesting phrasing – it relied on the USADA statement and inquired as to if McGregor would have to spend 6 months in the USADA pool prior to his comeback.

White simply confirmed and provided no further explanation. This is what access based journalism gets you.