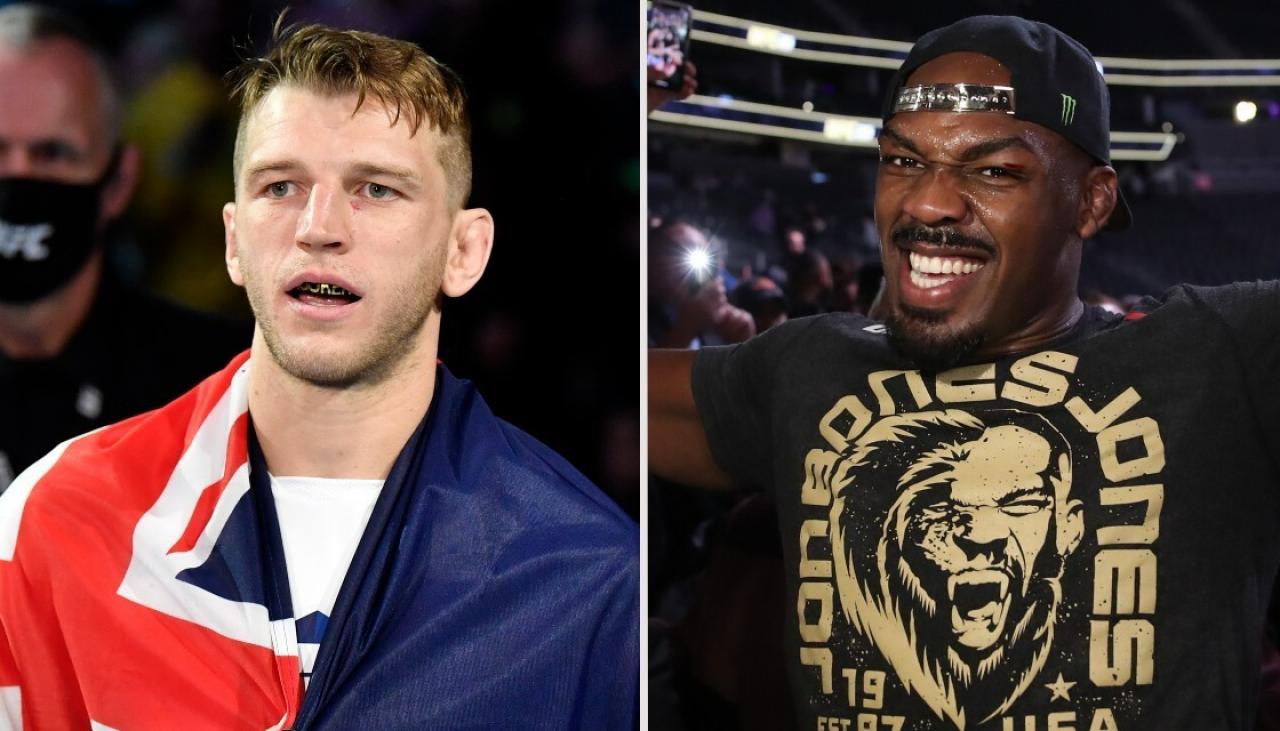 Yesterday we reported on UFC Lightweight Dan Hooker slamming Jon Jones. As luck would have it Jones would go on to respond to hooker – and get eviscerated.

This is of course extenuation of the drama surrounding Chael Sonnen’s “arrest” aka citations. According to rumors Sonnen had been in an altercation with 5 people including a female after they’d repeatedly made unseemly comments towards his wife.

Now Sonnen and Jones go a long way- and have even fought in the past at the UFC. Jones was quick to celebrate Sonnen’s legal trouble- as he perceived the same was done to him. Of course unlike Sonnen who god into a tiffy- Jones was accused of domestic violence and likely skirted it thanks to his girlfriend being unwilling to press charges.

Now Hooker was quick to comment on the matter: 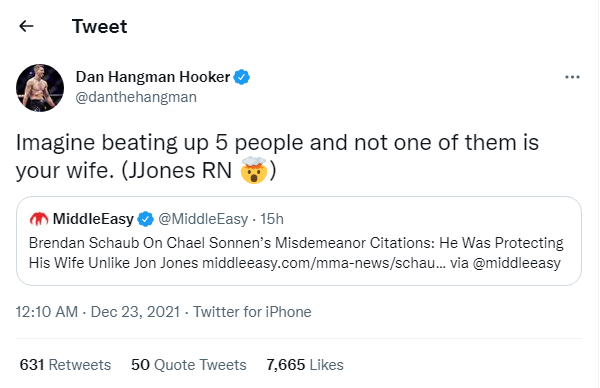 But since then things have escalated and the two had an epic back and forth. Jones was quick to rebuff Hooker:

every opportunity you’ve had to make a name for yourself and be closer to your boy Izzy, you dropped the ball. You can’t achieve greatness, so you hop online and attack someone who has. Sounds about right 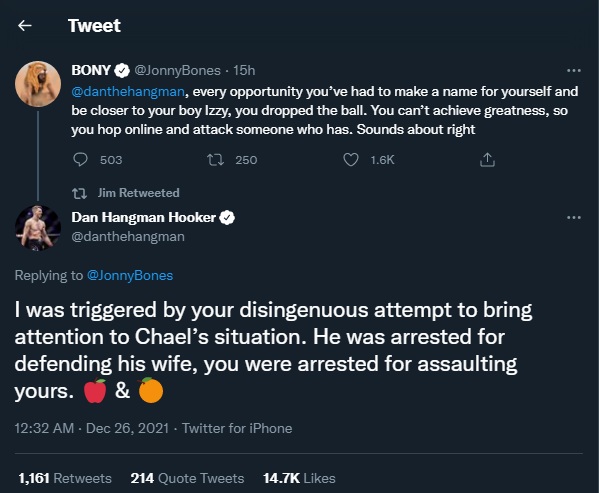 I was triggered by your disingenuous attempt to bring attention to Chael’s situation. He was arrested for defending his wife, you were arrested for assaulting yours. 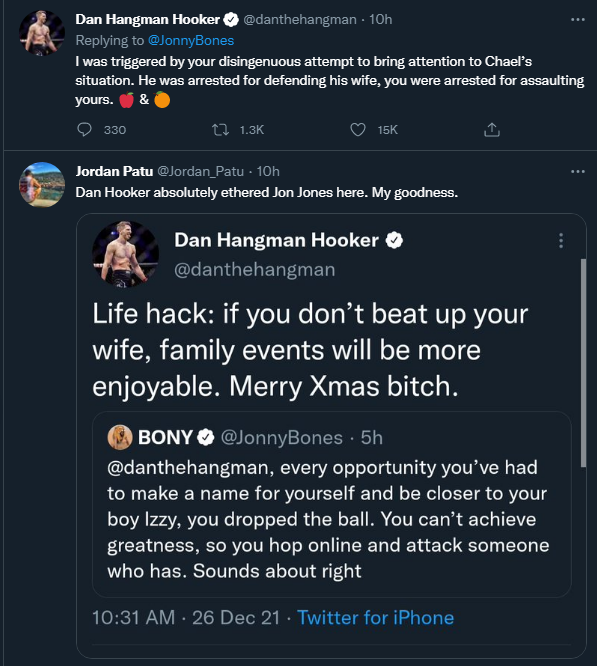 And then Hooker delivered the final blow saying:

Life hack: if you don’t beat up your wife, family events will be more enjoyable. Merry Xmas bitch.

Save to say Dan Hooker is Jones’ least favorite hooker right about now. Happy Holidays everyone!