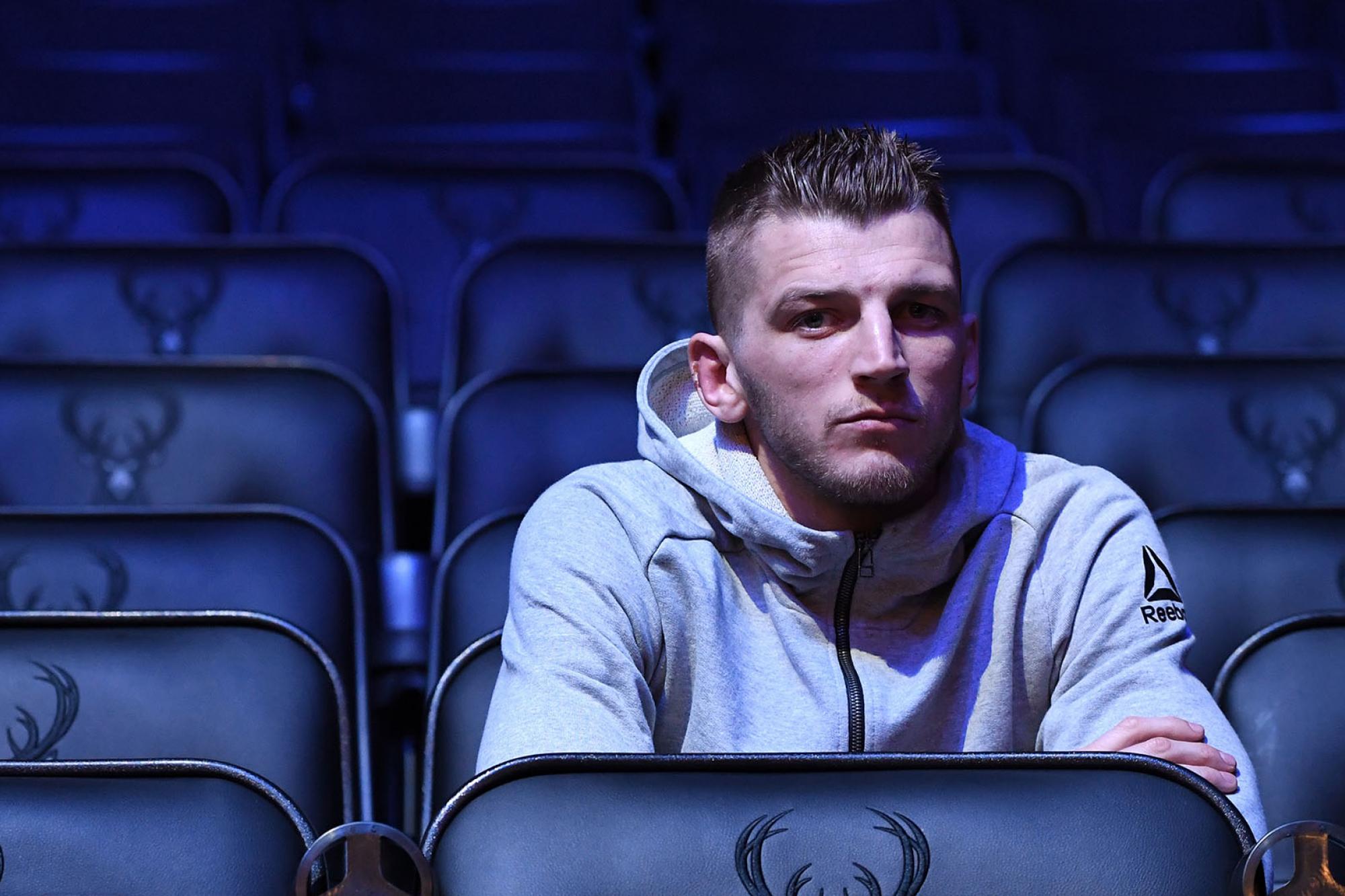 Everybody was stunned when it was announced New Zealander Dan Hooker would be fighting again October 30th in Abu Dhabi. Hooker almost didn’t make it in the US for his fight with Haqparast September 25th.

In spite of what this quick turn around would have you believe the fight went the full distance with Hooker claiming decision after a 3 round war. But according to the official UFC stats – Hooker received only 27 significant strikes over the fights duration. Now he’s ready to clear up just why he’s accepted this quick turn around and what it might mean for him.

When asked about the main motive to accept such a quick turnaround Hooker was decisive – money. He told  The Mac Life:

“I knew I was the only guy, the only real option,” Hooker said. “But yeah, they called me up and I’m a happy man! I’ll see you in Abu Dhabi! (Laughs) I called up the missus, get out the red panties baby! (Laughs)

“Now it’s indefinite. It’s not like it’s just stupid money. It’s money to justify what they’re asking me to do, right? They’re asking me to pretty much leave my country so with that I need enough to set up a life here for however long. Because there’s Kiwis that have been stuck out of New Zealand for a couple of years now, so it’s all well and good being like, yeah, I’ll take the risk but not being able to go home for a couple of years is daunting to a lot of people.”

Hooker is also levelheaded about Makhachev’s skillset and UFC’s attempt to build him up:

“A bit of the Khabib (Nurmagomedov) mystique has rubbed off on him and his last few performances have been fairly dominant,” Hooker said. “I’ve trained with Drew (Dober) and the way he fought Drew was pretty decisive. Even his last fight, he came out there and it was a pretty dominant fight. So there’s definite skill there but I would love to be the first one to get out there and make him look human, because I know we all are. That’s the funny thing about it, people can say whatever they’re gonna say, like, ‘ Oh, this guy’s unbeatable, this guy’s untouchable!’ I’ve been in the gym with these guys. They all bleed, they all get tired, they all get injured, they all get hurt, and I know I can put anyone’s lights out. To everyone else he’s kind of a mysterious character that has a lot of mystique and invincibility, to me he’s just another body.”