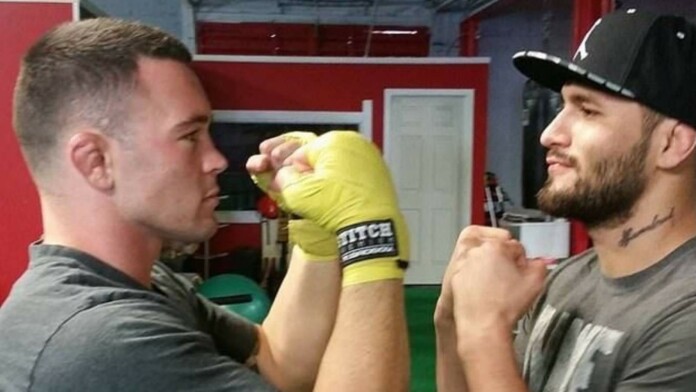 Masvidal and Covington, who trained together and were known to be good friends for many years, are now involved in a heated rivalry. Now both welterweights don’t miss a chance to poke fun at each other. Covington recently expressed his desire to fight the Gamebred after the loss against Kamaru Usman at UFC 268. He hopes to get back in the cage as soon as possible and hopes it’s against Masvidal.

Masvidal and Edwards had some bad blood between them as both were engaged in a backstage dispute in 2019.

Jorge Masvidal was set to face Leon Edwards at UFC 269. But the fight was called off by Masvidal due to an undisclosed injury. This created a lot of attention and plenty of comments from Conor McGregor who is infamously not opposed to late day opponent changes and willing to step in on short notice.

Covington vs Masvidal likely won’t be happening until sometime in 2022 as the Edwards vs Masvidal was rescheduled for December 11th.

Jorge Masvidal (@GamebredFighter) vs. Leon Edwards (@Leon_edwardsmma) is off UFC 269 on Dec. 11, UFC's Chief Business Officer Hunter Campbell tells ESPN. Undisclosed injury for Masvidal. No word yet on whether it will be rebooked or UFC will move on. https://t.co/OUNUZtj4oy

Disappointed but honestly I knew this fraud didn't want to fight me anyway. He was just a stop off on the way to the title. The goal remains the same. Much needed family time now, @usman84kg i will see you soon.

In his interview with Submission Radio, Colby Covington claimed that he is aware of the reason behind Masvidal’s pull out. ‘Chaos’ revealed that it was a rib injury that drove Masvidal to withdraw himself from the most anticipated fight. He further said that he faced this incident 1 week prior to his fight.

“I’ll tell you the truth of what happened with Jorge Masvidal for real. I still have people at his gym that still love me, and I’m the people’s champ for a reason. So, I get the insider scoop on everything. So, that fragile dude, Street Judas Jorge Masvidal, broke his ribs. He fractured his ribs last Saturday in training, and yeah, he’s fragile and he had to pull out of the fight. It’s too bad that people still love me over at his gym more than they even love him,” Covington told Submission Radio.
“That’s facts. I’m telling you guys the truth. He went to the gym to train last Saturday, doing some sparring – not last Saturday, but the Saturday before. Like, yeah, eight days ago. And he went to sparring at the gym and gets his ribs fractured, leaves the gym crying and, you know, goes to the doctor, and gets the X-ray, and they determine its fractured ribs.”