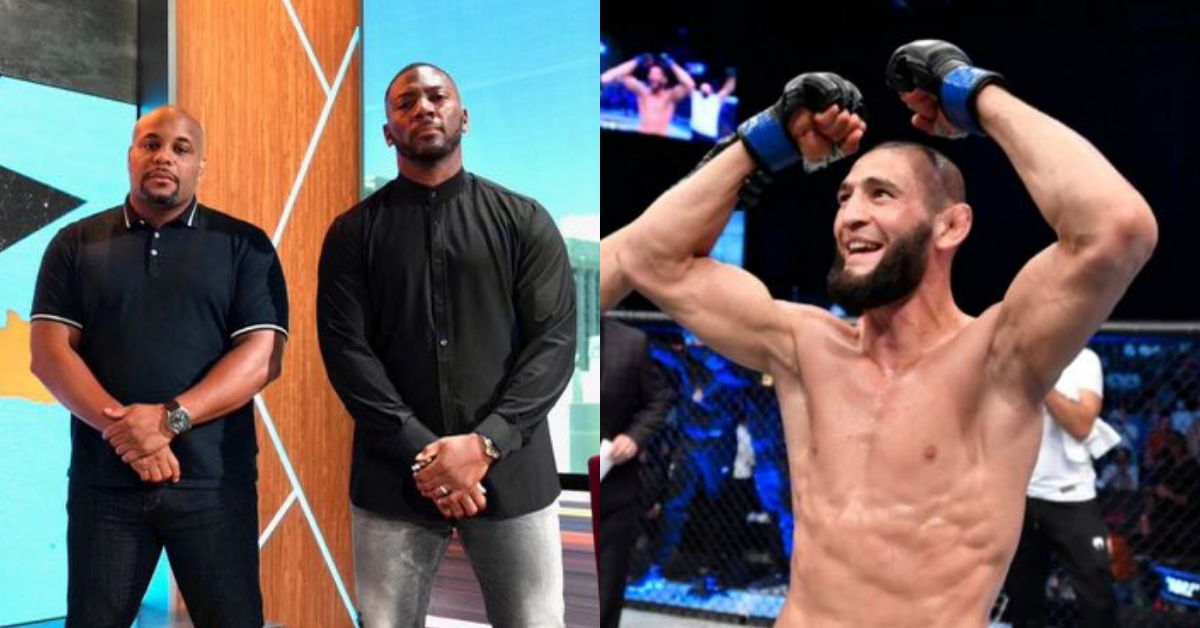 In the recent episode of the TV show DC & RC, Daniel Cormier talked about the rising talent Khamzat Chimaev in the welterweight division of the UFC. Ryan Clark asked him about who the best fighter to face Chimaev in the next bout would be.

With a bit of excitement on his face, Cormier said it would be best for Chimaev to fight Gilbert Burns. Cormier thinks Gilbert Burns is a balanced fighter and he is back on his feet after his defeat against Kamaru Usman in a title fight.

“For Khamzat Chimaev? It’s time to give him one of the higher-ranked guys. And I think the guy that could be good for him is Gilbert Burns. Because Gilbert Burns has a well-rounded skill set, he’s a great wrestler, he’s a great jiu-jitsu guy, his stand-up has improved and he’s back. Right? So he lost the title fight to Kamaru [Usman] but then he beat Stephen ‘Wonderboy’ Thompson and showed that he’s back on the winning track, so that makes sense for him.” Said Cormier to Clark.

Currently, Gilbert Burns is ranked number two in the welterweight division, with Colby Covington and Kamaru Usman above him. In February, He challenged Kamaru Usman in a title fight but got defeated. The Brazilian fighter started his professional MMA debut in 2012 and has a MMA record of 20-4.

Clark also asked Cormier’s opinion on Chimaev and if he deserves to fight Kamaru Usman. Daniel Cormier answered with confidence. “I wouldn’t be surprised if they give him [Chimaev] a title fight tomorrow. But there are some fights for him” said Cormier.

Cormier also expressed his huge admiration for Khamzat Chimaev’s performance in all of his professional MMA career. “First off, I want to say this to Khamzat. Khamzat, I’m proud of you, man. I’m proud of you with the way you handle the scale”

One person who won’t be pleased with this suggestion is Ali Abdelaziz – who manages both Chimaev and Gilbert Burns in addition to division champion Kamaru Usman.