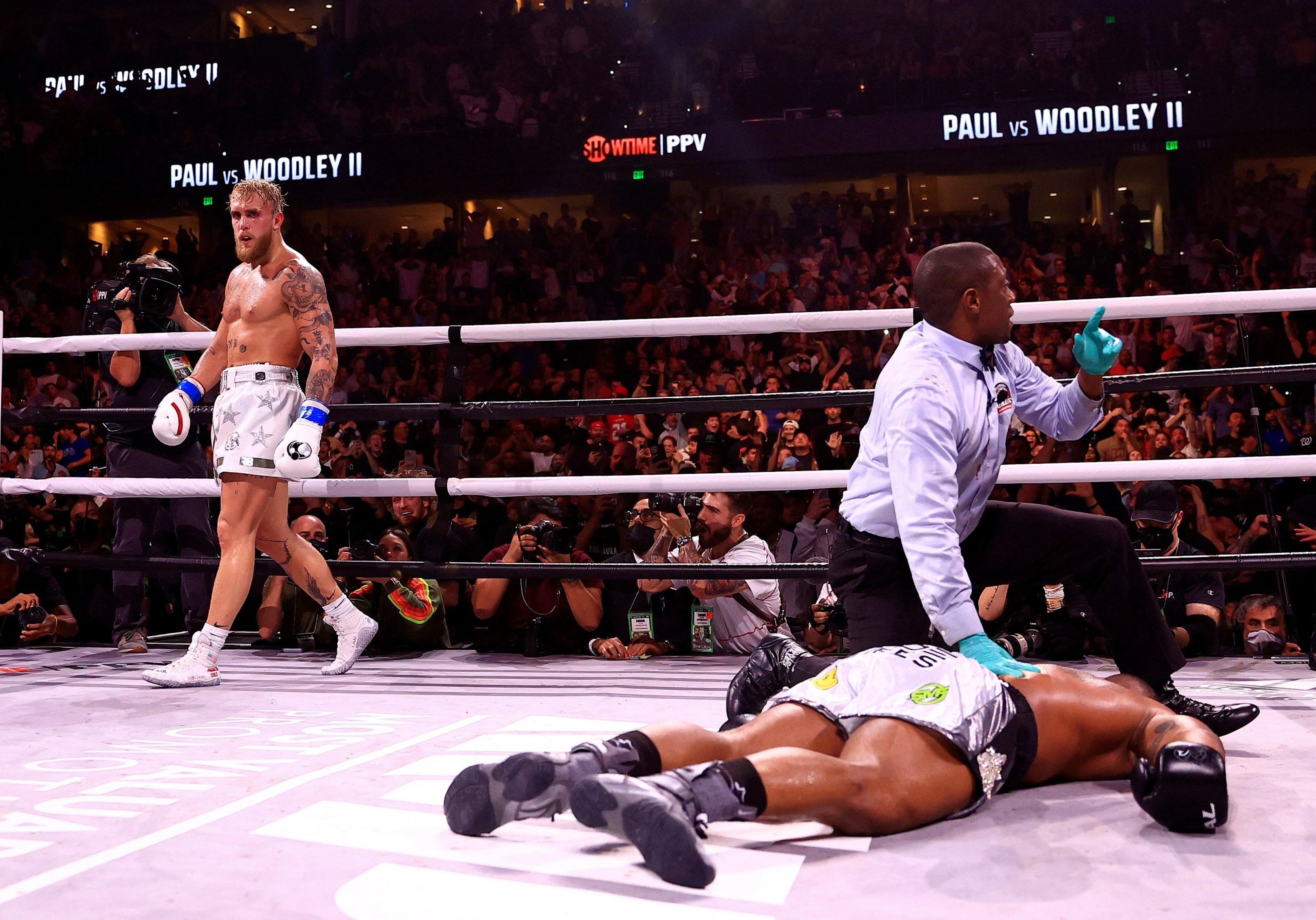 Tyron Woodley has had a wild ride in the past year. The former longtime UFC champion stumbled upon great opportunities to make money after he left the number one premiere Mixed martial arts organization. 39-year-old expected to earn a minimum of $500,000 for his boxing debut, lower than the $590,000 he pulled in for his UFC title defense against Darren Till in 2018, but his share of PPV earnings pushed him far past that mark. For the second fight Woodley was reportedly making 2 million – which seems fair considering he was a late day replacement in addition to getting that embarrassing tattoo.

But the rematch didn’t go Woodley’s way. At all. The veteran who hadn’t been knocked out since 2012 found himself faceplanting in the boxing ring and asking his coaches what had happened after the fight.

That was legit scary for Woodley. He was down for a while. And even when he stood up he was out of it. And then his corner told him what happened and he kept saying “no, no, no.” Had no idea.

Pure insanity. What a shot.

But Woodley has taken the defeat in stride and is hoping to expand his fanbase. In an attempt to extract a silver lining from the experience Woodley has offered a reward of $2000 for the author of the best meme depicting his downfall.

Woodley went on to crown this gem as winning:

“It’s a bad look. And you know what’s worse? [What happened] after. I don’t know what T-Wood was doing on social media. He pulls the knockout. He made a contest about [making memes of himself], it’s like Jake Paul is beating these dudes so bad, that they start to make fun of themselves.”

“He [Tyron Woodley] is giving $5,000 to the person with the funniest meme… That is genius. This is genius, Woodley is GOATed for this. This post might change boxing or combat sports forever, just [showing] how to handle a loss.”