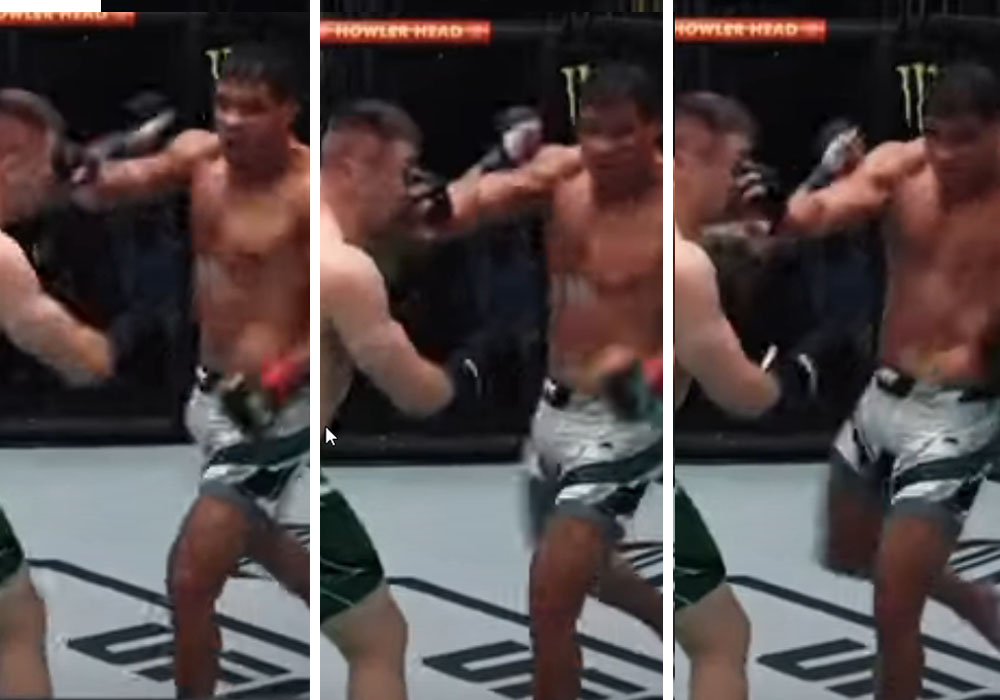 Over the weekend Marvin Vettori secured an unanimous decision victory over Paulo Costa. While the fight was overshadowed by weigh in drama the fight stands for itself. Round after round Vettori outperformed beefy looking Costa – and secured a 48-46 victory.

Of course the score would’ve been more reflective of the fight had Costa not been deducted 1 point during round two for an eye poke. This was the first infraction by Costa and neither Costa nor the audience expected it. Referee Jason Herzog gave Vettori time to recover and ultimately decided that he should sanction Costa.

We can’t help but wonder if this was wise. Earlier the same night this was also worth a deduction:

The illegal knee from Choi on Cacares. That’ll cost you a point, my dude #UFCVegas41 pic.twitter.com/M0v4O0Xo5Y

Here’s where things get tricky – if every foul is worth docking a point over what about those times when fighters don’t want to lose momentum? Later on in the same bout there was a groin shot spotted by Herzog but neither fighter wanted the break and ultimately nothing happened.

Daniel Cormier, infamous eye poker himself, of course has a different opinion:

“We have seen much more severe eye pokes happen in fights,” Cormier opined on his YouTube channel. “I’ve done it myself. I’ve poked guys more than this guy poked Marvin Vettori and didn’t get a point taken away. As an official, you can’t read the headlines… I think in this, Herzog read the headlines and he may have judged Costa unfairly.”

And Cormier might have a point there – the public perception was heavily skewered in Vettori’s favor before the fight.

What do you think? Should eye pokes be an automatic point deduction?