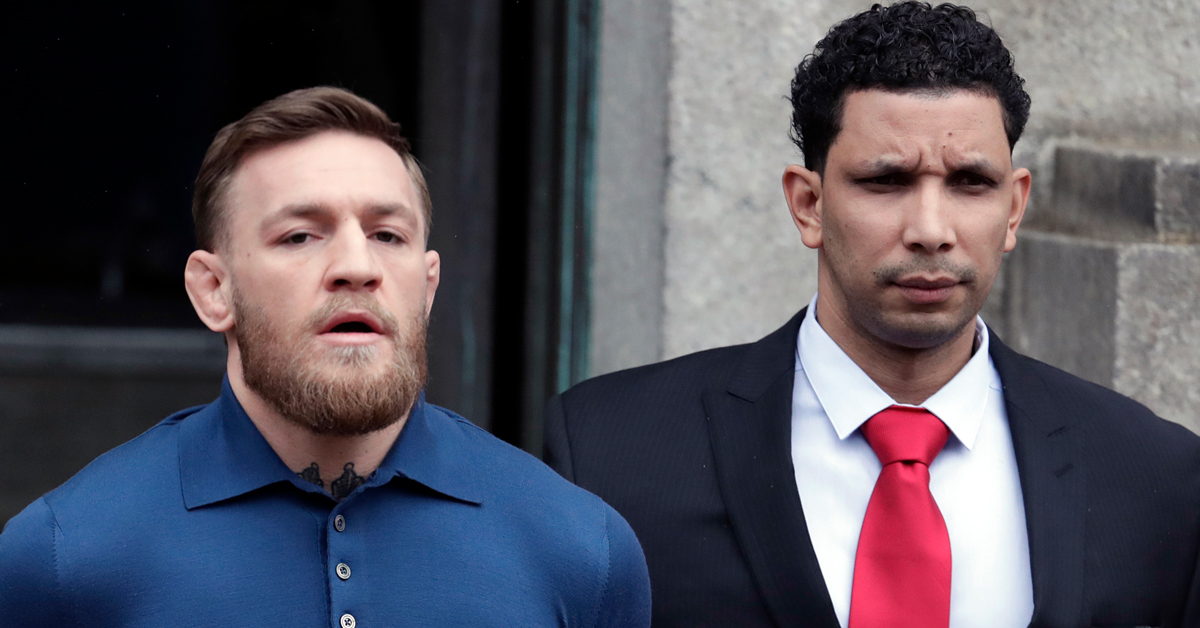 Conor McGregor has been retiring and unretiring for a number of years now. The troubled Irish sports star’s UFC status always fluctuates according to his legal issues. McGregor’s likely worst public debacle is being accused of sexual assault in December of 2018. He was recently scheduled to appear in court to address this case.

While McGregor was picked up by the Garda but released without charge – a civil suit was filed against him by the alleged victim and her mother.

Former two division UFC champion was slated to appear in court Monday November 1st – but the case was continued with a date set for March 2022.

However what did emerge was the specifics of the accusations.

Looks like Conor McGregor is due in Dublin high court today in a civil suit from a result of personal injury. This is stemming from the Beacon hotel rape. The victim’s name seemingly revealed. pic.twitter.com/5ig36IqDUz

And the details of the report are a doozy. The victim’s name has been revealed as Ni Laimhin. And she is looking for between 1.79 million to 2.13 million to account for lost wages, sale of her home, purchase of new one and medical expenses that originated from the alleged incident.

According to her statement she and a friend were picked up by McGregor’s driver following an instagram flirtation. After doing some coke in the car – they arrived at a hotel where McGregor requested the victim perform sexual acts on him. When she refused he is alleged to have become physical and grabbing her neck multiple times before she claims she was sexually assaulted by him.

She would later wake up – and at that point she alleges she was given a drink that erased her further memories. Next thing she recollects is arriving home in a taxi. McGregor was investigated for this incident, and no charges were filed against him making this suit civil and not a criminal case. It’s more than likely the case will be settled prior to March court date.