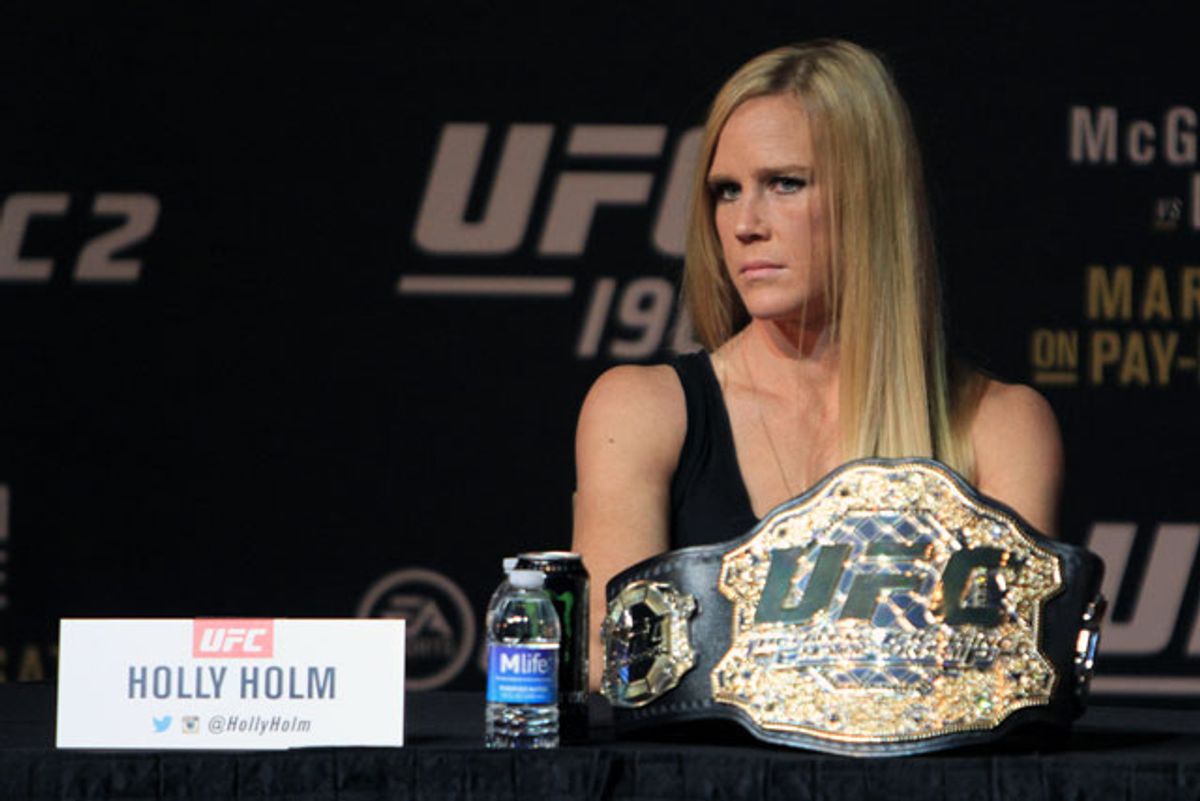 Before continuing her legacy in the world of MMA, Holly Holm was a real threat in the boxing ring. She was a dominant boxer with an impressive record of 33-2-3. She was a three-division world champion. Her only losses came against Rita Turrisi and Anne Sophie Mathis. She was active in boxing from 2002 until 2013. During that period she was named female fighter of the year twice.

On Tuesday, Holly Holm was officially announced as an inductee into the International Boxing Hall of Fame class of 2022. She is joined on that list by James Toney. If Toney’s name rings a bell it’s probably because he’s the most famous boxer to ever make it into the UFC  – and he’s the number one Boxer in UFC on Cormier’s now infamous list. However Toney had a very eccentric showing in his first and only UFC fight.

Hall of Fame induction ceremony will be held on June 12, 2022, at Turning Stone Resort Casino in Canastota, New York.

Holly Holm was on a hot streak early on in her MMA career. She made her UFC debut with a win against Raquel Pennington in 2015. Holm went on to fight 3 times in 2015 culminating with that shocking performance against Ronda Rousey.

At that point her MMA record was 10-0. But Holm wasn’t too picky about her opponents and went to to lose the title in her very next fight to Miesha Tate. From 2016 onwards Holm was 4-4 in the UFC and had attempted and failed to secure the 145lbs title. She is currently years old.

Numerous fighters such as Cris Cyborg, Claressa Shields, Kamaru Usman, and UFC President Dana White congratulated her on the achievement.

“You’ve done it,” said UFC welterweight champion Kamaru Unman upon hearing the news. “This is the culmination of all the hard work that you have put in for a lifetime. Thank you for all the years of entertainment that you’ve not only given me but for the rest of the world. Congratulations.”

Congratulations @hollyholm on your introduction into the boxing Hall of Fame. You are a true pioneer for women in combat sports and it was an honor to share the cage with you! You are such an inspiration ❤️ pic.twitter.com/7rhmVFjlev

Congrats @HollyHolm on being inducted into the International Boxing Hall of Fame!!!!! pic.twitter.com/FEFnwXkq5N