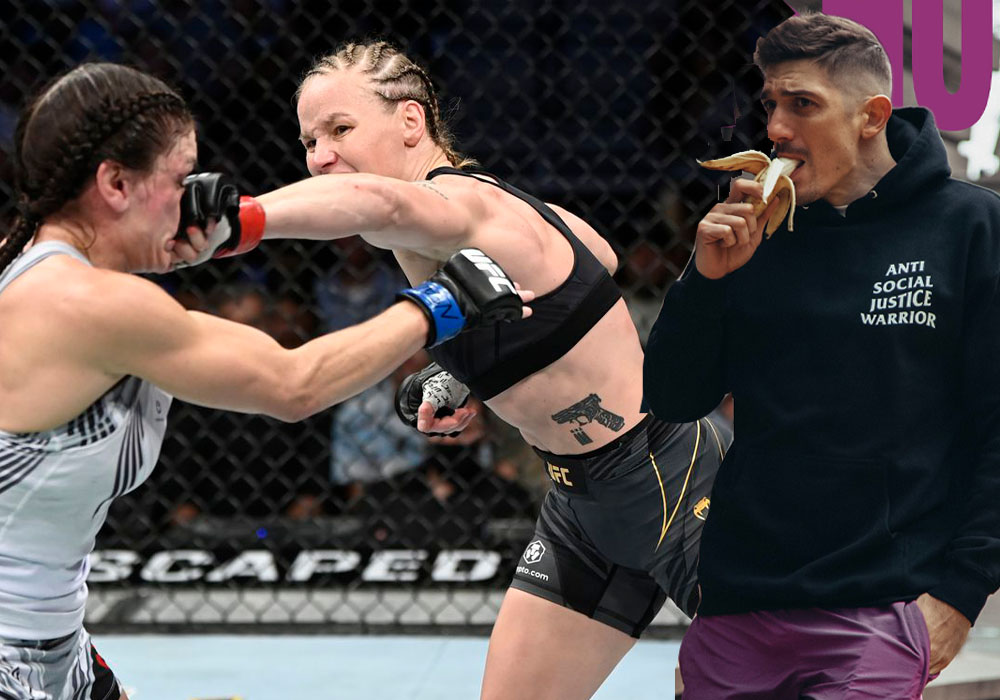 Comedian Andrew Schulz saw it fit to poke a hornet’s nest. It’s widely known in the MMA community how rabid the Valentina Shevchenko fans are. In spite of Shevchenko being somewhat polarizing – while she looks tremendous, and is technically superior to her peers, she often wins fights by decision – something that sport analysts are known to critique.

Comedian Andrew Schulz- also found himself running against an onslaught of angry Valentina fans for posting this: 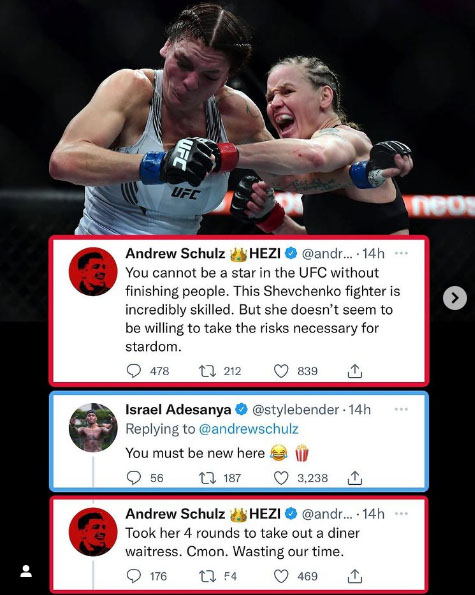 The Flagrant podcast host further shot back at angry fight fans in an Instagram story where he wrote, “I ain’t going nowhere you lispy tongued losers. I am the greatest MMA journalist for a reason. And I ain’t going nowhere. I did pray tho for y’all.”

But pretty soon Schulz did in fact go elsewhere – because it seems that his opinion was getting mass reported on instagram. 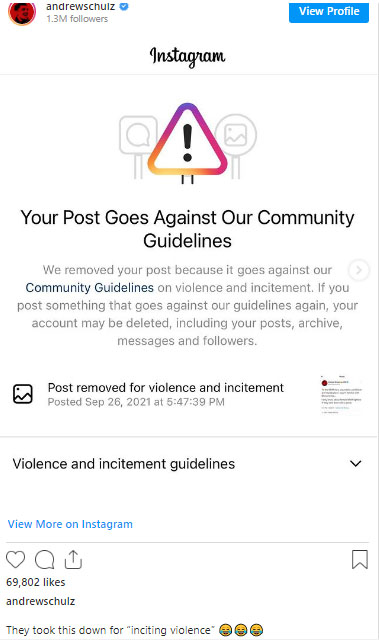 Of course Schulz isn’t completely blameless – at one point during the rabid back and forth with the fans he detailed  “To the MMA fans around the world that are heartbroken I wasn’t familiar with Shevchenko, I only know about female MMA fighters if they were born with a p**is.”