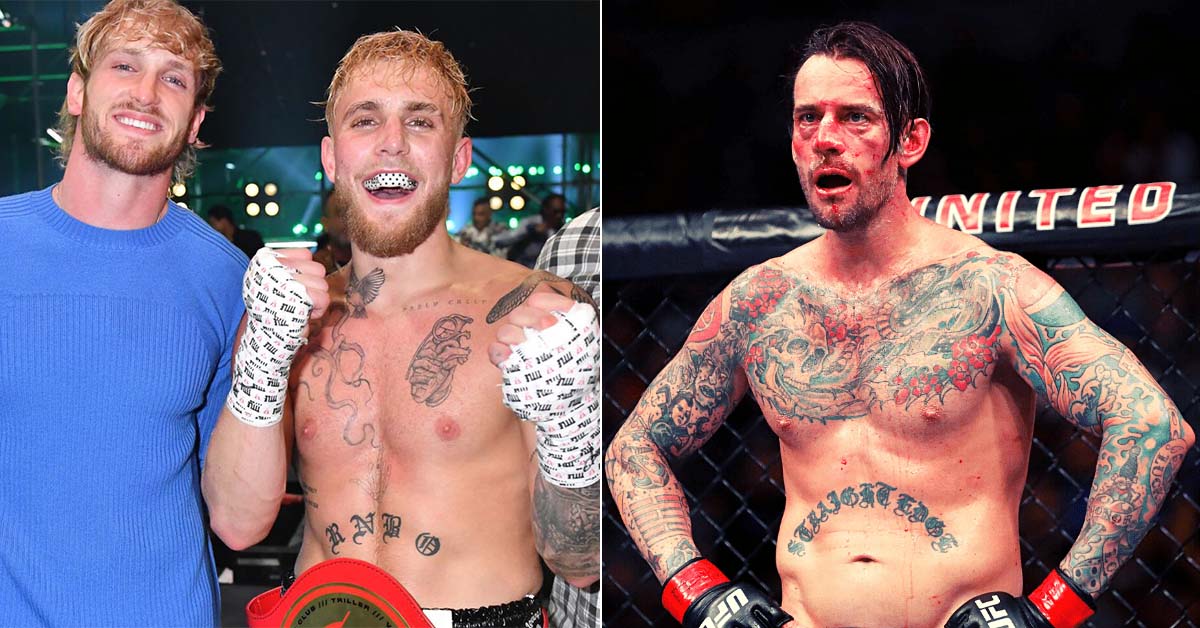 Once upon a time the biggest stunt to have happened in the UFC was giving an explosive contract to Pro Wrestler CM Punk. CM Punk aka Phil Brooks was given a lucrative UFC contract. For his professional MMA debut he reportedly made half a million dollars. Punk had promptly lost the debut in round one.

What followed was another fight with a UFC newcomer. In order to find Punk an appropriate opponent UFC had resigned a fighter turned journalist Mike Jackson. The Jackson fight went to a draw after going the duration. Both Punk and Mike Jackson were left with MMA records consisting of one loss and and one draw after the fact. Still Punk had effectively made a million dollars. A mark many longtime professionals struggle to hit. This perhaps makes him uniquely positioned to comment on how Jake Paul is disrupting the boxing space at the moment. And Punk is surprisingly upfront about it all.

“And what the Paul brothers are doing, I think for the lack of a better term, it’s old school pro wrestling, right?

“This is stuff – you could say they’re crossing over, but there’s so many similarities between the two businesses. They command attention.”

“I’ll never criticize in a negative way or fashion anybody who makes the walk, anybody who trains their ass off.”

“A lot of the times – a lot of the sacrifice goes unnoticed,” he added. “But it’s what it is. When [Floyd] Mayweather crossed over and did a match at WrestleMania, I’m sure we’re eventually going to see [Conor] McGregor come over… [Ronda] Rousey was excellent when she came over.

Great answer by CM Punk on @SportsNation this morning about the rise of Jake Paul pic.twitter.com/ChdMwkZX5R