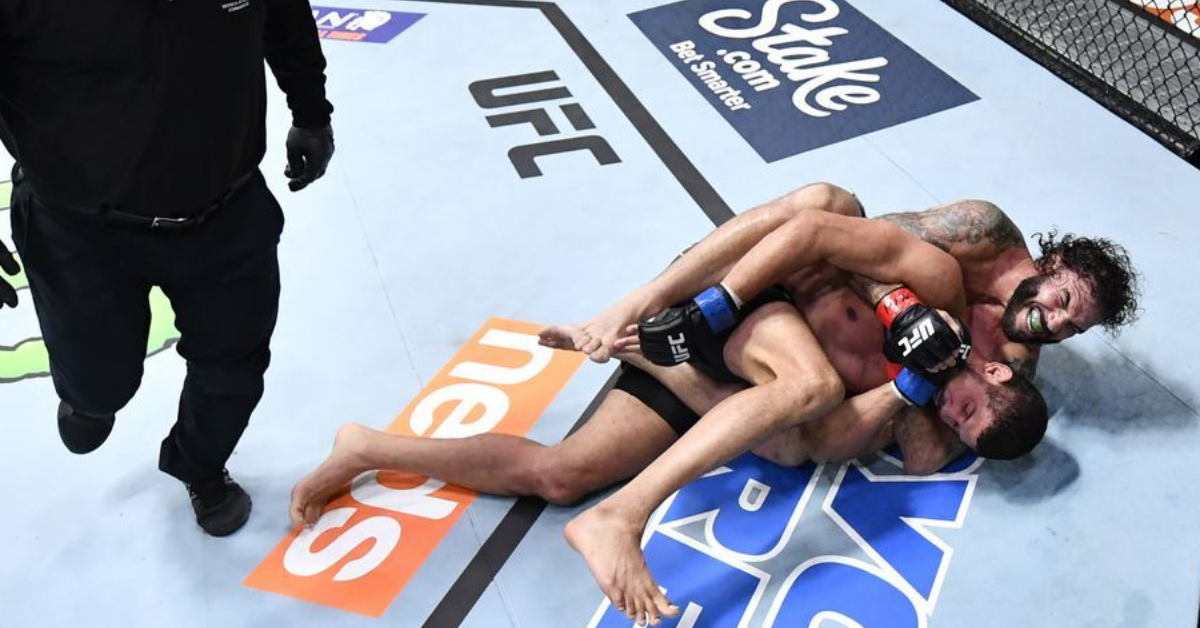 The UFC veteran Clay Guide surprised a lot of MMA fans when he fought Leonardo Santos and finished the BJJ specialist – via submission. The 39-year-old fighter got the Performance of The Night bonus alongside Rafael Fiziev, Jamahal Hill, Clay Guida, and Chris Curtis.

A lot of MMA fans and fighters took to their Twitter account to appreciate the Italian-born fighter.

The former UFC bantamweight champion, Cody Garbrandt praised Guida and said he is the man.

Midwest Blue Collar Heart !! @clayguida you are the man!!

Guida by submission was +1600 as he submits the 4th degree black belt.

Guida is a savage

Famous MMA journalist, Ariel Helwani, called Guida’s performance ‘insane’ for being able to beat a wrestling practitioner on his own game.

The praise for Clay Guida doesn’t stop there. Check out other tweets below.

Are you kidding me!! Guida is a Legend!! #UFCVegas44

Omg yes Clay Guida gets the sub. Amazing comeback! He’s in the Hall of Fame for a reason! #UFCVegas44

It’s this simple…Clay Guida is an animal. What a win!

He just choked out Leonard Santos in the second round. That was an unbelievable performance #UFCVegas44

Before fighting Leonardo Santos, Guida lost 4 out of his 6 matches, making people did not expect his performance would be this great. Compared to him, Santos had 6 win streaks before Grant Dawson put an end to that streak.

Clay Guida started his professional career in 2003 and joined the UFC in 2006. He has fought numerous times with 58 total fights. In all of his professional MMA career, Guida has a score consisting of 37 wins and 21 losses.