UFC rising prospect Khamzat Chimeav almost said goodbye to mixed-martial-arts back in 2021 after medical personnel in Las Vegas expressed suspicions that he may have cancer.

While speaking on ‘Smesh Bros’, Khamzat Chimeav’s brother, Artur Chimaev opened up about the whole situation.

“Yeah, at the time he was in the [United] States because UFC told him to come over for treatment. There wasn’t anyone with him there. So they told him that he’s got a suspicion for cancer and after that he still went on training and felt sick and coughed blood. So he made this post while dealing with that news. It was stressful”

The ‘Borz’ posted a picture of his coughed up blood on his Instagram page and later deleted it. 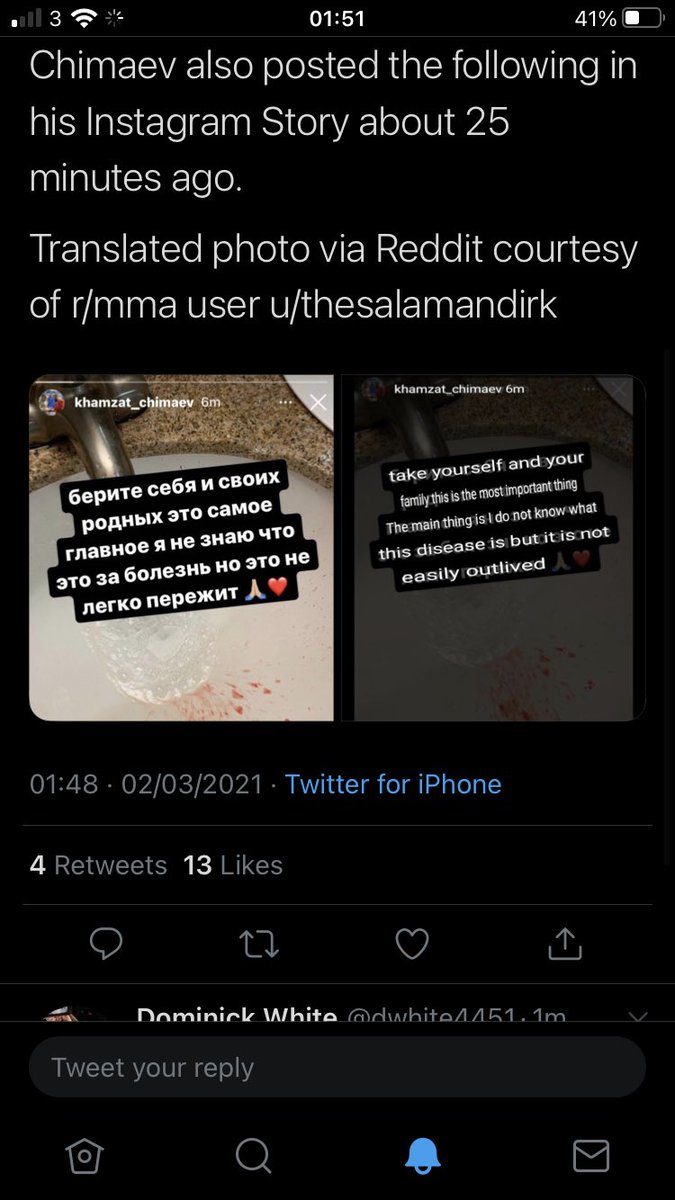 But Chimaev’s had a bit of luck at this time, the Head of the Chechan Republic Ramzan Kadyrov, invited him to Chechnya for treatment. In Chechnya, Khamzat was told that there is no cancer and that he is suffering from Covid-19 complications. They treated him and Khamzat recovered from it in two weeks.

“After he made that post, Ramzan Kadyrov told us to come to Chechnya for treatment and they got us a private jet back home. When we landed the treatment staff was already awaiting for us and they soon told us that there is no cancer, but some complications from Covid. They said he’s had pulmonary fibrosis and they treated it with inhalation therapy and it took two weeks to treat it.”

The ‘Borz’ is scheduled to take on his ‘first real challenge’ in Gilbert Burns this weekend at UFC 273.

At the press conference for UFC 273, Khamzat Chimaev went on to make a bold prediction and promised his fans that he’ll knock Burns out in one minute.

He said:
“Hey, I’m gonna smash that guy and knock him out one minute, I promise. He’s too little boy, scared boy.”

UFC 273 is set to take place this weekend at VyStars Veterans Memorial Arena in Jacksonville Florida.