Dave Chappell was tackled yesterday on stage while performing.

Incident was captured on video by people in the audience – Chappelle was performing at the Hollywood Bowl in Los Angeles late Tuesday Night and he was there along with Chris Rock and a number of other prominent comedians.

The on lookers also captured video of the security team roughing up the man. Man was carrying a unique contraption. He had pointed it at Chappelle which likely prompted the overreaction from the security team.

Police said in a press release. “Hollywood Bowl uniformed security officers, who witnessed the incident, engaged the suspect and removed him from the victim and took him into custody.”

The attacker,  Isaiah Arias Lee, shared the following on Instagram prior to the attack. 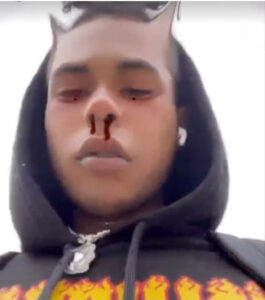 After Chappelle’s security team subdued Lee—with the assistance of comedian Jamie Foxx—the 23-year-old was taken to a hospital for treatment. He remains jailed with bail set at $30,000.

Lee appeared to be interested in securing notoriety. Prior to the stunt he shared a track titled ‘Dave Chappelle’ to his youtube channel.