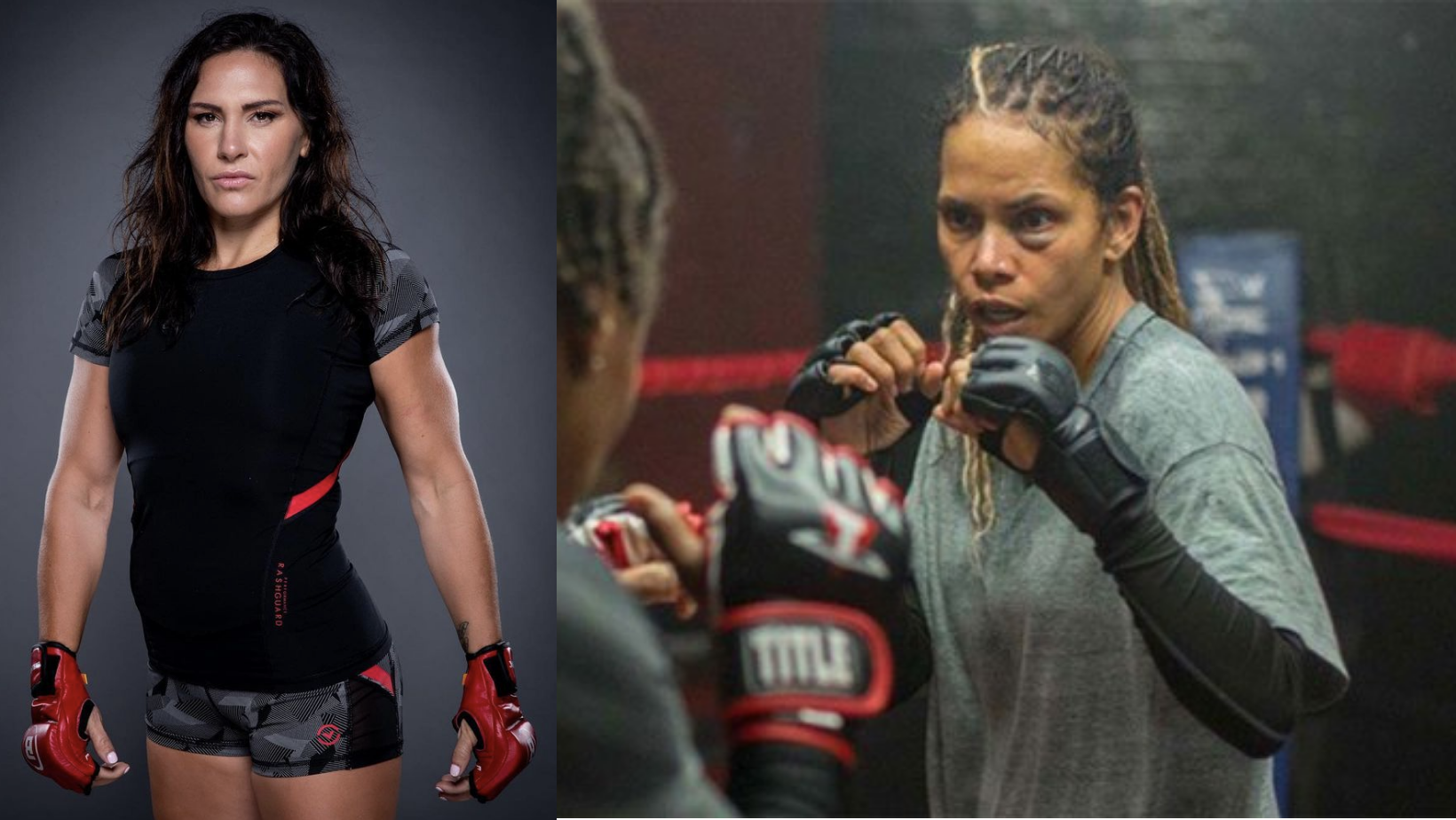 Halle Berry has been developing an MMA themed movie for several years now. The Oscar winner (55) had a good experience making John Wick 3 and working with the jiu jitsu stunt team out of California so she came to enlist then UFC fighter Cat Zingano for her directorial debut.

But Bruised has been shot and yet there’s no Zingano. The movie premiered at the Toronto Film Festival last year and will be available to stream on Netflix beginning in November of 2021. This movie presents a directorial debut for Halle Berry who had received an Oscar for her performance in prison set drama Monster’s Ball.

According to reports, Zingano was eager to be in the movie and was told to leave her schedule open.  UFC followed up the movie offer with the fight offer for October 2019 card – a fight that would then put her in contention for title. However, lawsuit records indicate, that Berry informed Zingano that for insurance reasons Zingano couldn’t do both the fight and the film.

This lead to Zingano informing the UFC that she would not be fighting in October. Short while later, in August 2019, UFC released Zingano from her contract.

Just two weeks following her release famed Hollywood actress turned director informed Zingano that she was no longer wanted for the movie – only UFC fighters could participate. Berry then ghosted Zingano, who turned to Bellator where she currently fights.

Some reports indicate that the movie was loosely based on Cat Zingano’s life. Both the main character in the movie, and Zingano are single mothers and MMA fighters. Zingano lost her husband to suicide back in

Zingano states a claim of “promissory estoppel” arguing that she had been counting on Berry’s promise to be in the movie when she turned down the UFC fight. Promissory estoppel is commonly used by the courts in cases where there is no valid contract.

Halle Berry has been repped by WME since 2018 – if that rings a bell, it should, because it stands for William Morris Endeavor Entertainment or Endeavor  as we know them now. They are the parent company of the UFC. UPDATE: The movie is also distributed via WME distribution wing.