Jake Shields seems to have developed a talent to stir controversy following his retirment from MMA.

Shields provides a variety of opinions on social media on everything from what women should wear to AIDS.

Shields is a veteran in well-known MMA organizations, including the UFC, PFL, and Strikeforce. Social media stardom for Shields is a result of adopting right leaning ideology. He’s the latest to weigh in on Andrew Tate ban. 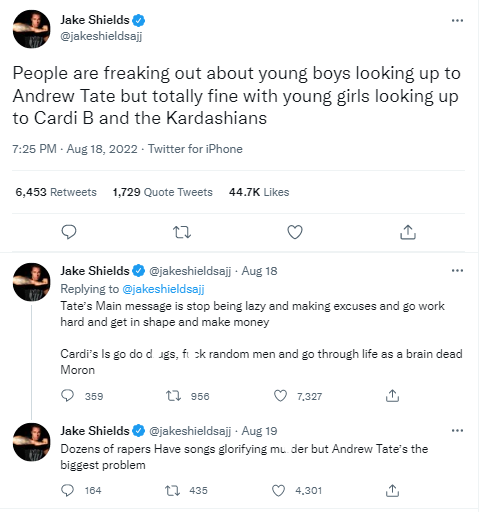 These were some very harsh statements, and Jake Shields faced criticism for standing by Andrew Tate.

Rapper Cardi B was unenthused she was included in this mess and went on to refute Shields’ claims in a since deleted tweet. 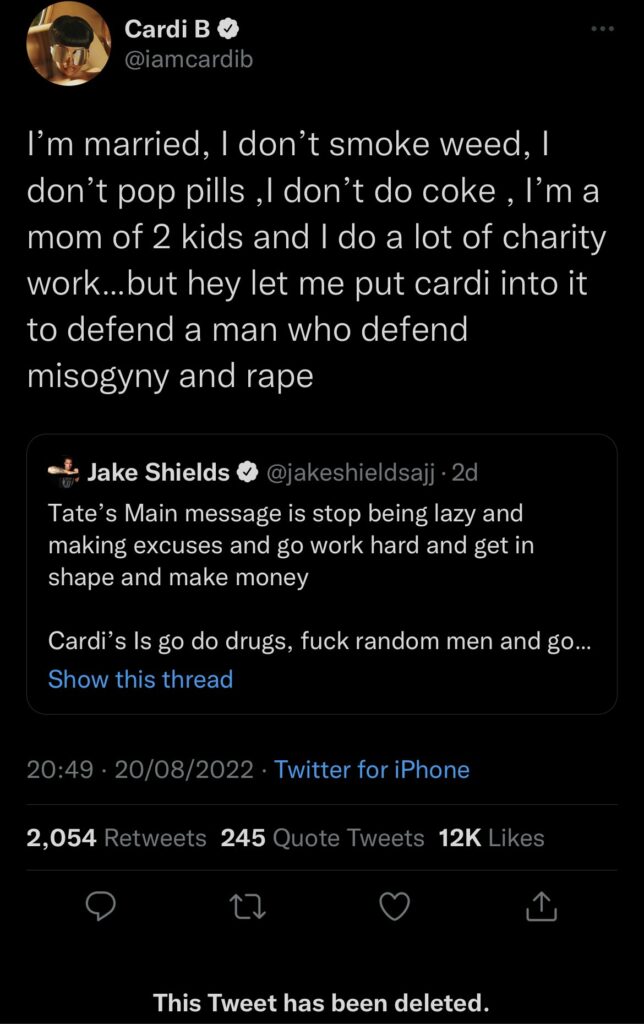 Andrew Tate is known for his controversial statements. In a YouTube video, he once said: “If I have responsibility over her, then I must have a degree of authority. You can’t be responsible for a dog if it doesn’t obey you.”

With such controversial views, it should come as no surprise that Tate has drawn criticism from all around the globe. This was a major contributing reason for the banning of his social media accounts.

Tate has since blamed his social media ban on having played a ‘comedic personality’ online:

In response, Tate said that videos had been misinterpreted. Tate stated the following in a statement sent to Mirror:

“It is very unfortunate that old videos of me, where I was playing a comedic character, have been taken out of context and amplified to the point where people believe absolutely false narratives about me.”

“In the last two weeks I dedicated over $1million to charities supporting women. I posted this on Instagram, but Instagram ignored it.”

Tate was referring to a post he made on Instagram where he promised to contribute $1 to two charities for each like. Tate had 550,000 likes at the time of his suspension. This equates to a donation of $1.2 million to two charities that serve men with mental health concerns and women who are victims of domestic abuse.