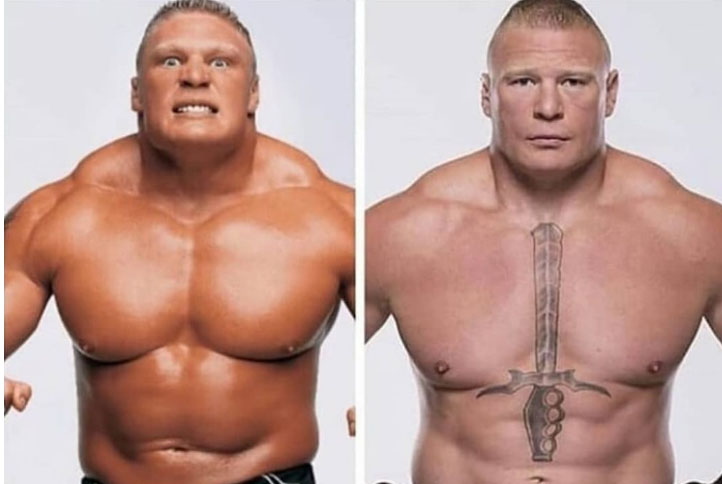 Brock Lesnar has been an international superstar for a number of years. But he started as a high school football player with an above the average athleticism. He first started wrestling in highschool and quickly made an impression.

His athleticism – and his amateur wrestling would quickly land him a scholarship at the University of Minnesota. That being said, he hasn’t always looked all that intimidating as evidenced by the following photos: 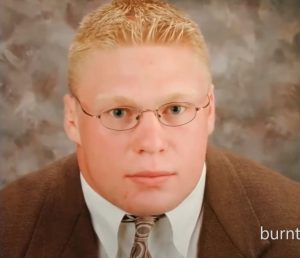 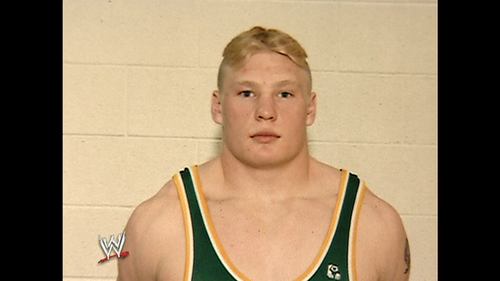 Just a couple of years later Lesnar would transform in a scary looking behemoth. 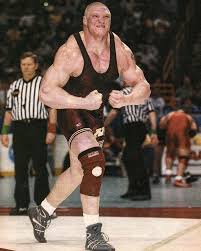 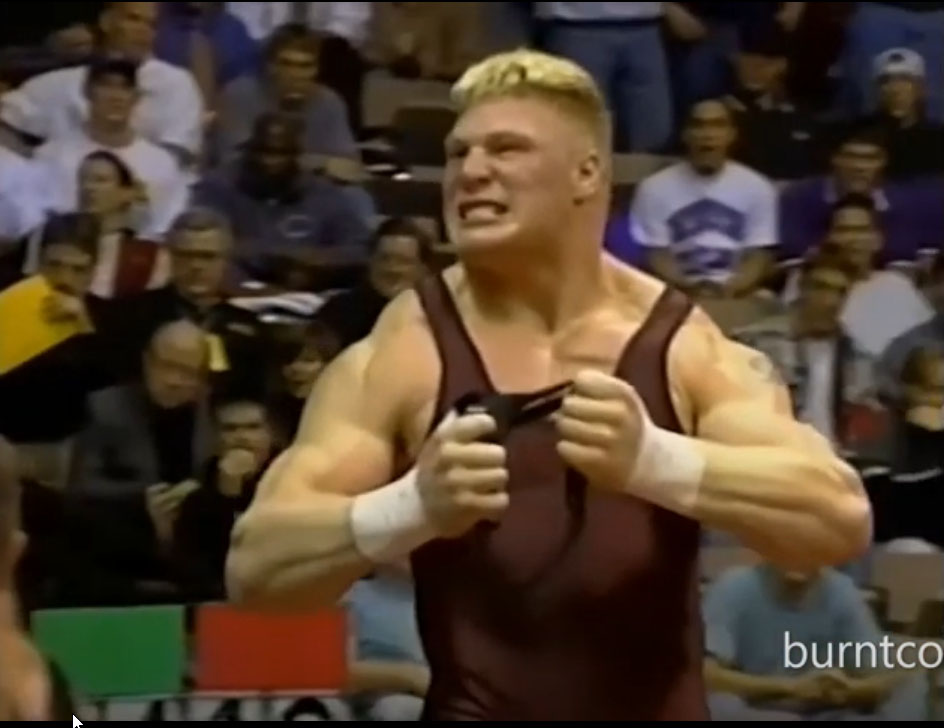 Lesnar went on to have an impressive record of 106-5 during the four years he attended college. He went on to become the NCJAA champion twice. Ultimately that translated into signing with the WWE as soon as he was out of college. It would be six years until he expressed desire to try mixed martial arts.

In 2006 in Minnesota he embarked on his MMA journey under respected coach Greg Nelson. Lesnar would make his UFC debut in 2008.

Lesnar went on to lose his UFC debut, but the fight was an instant classic. To this day people recognize the finish all across the globe.

Following the loss, Lesnar would string 4 victories together and secure a heavyweight championship in the process. One interesting side note is that Lesnar wouldn’t be underpaid. After a victory over Mir in 2009 Lesnar went on a rant against Bud Light – where he said they won’t pay him anything and even promoted the competition in Coors Light. This clip has largely been scrubbed off the internet but you can still see it – if you look hard enough.

Lesnar’s reign at the promotion wouldn’t last long. He started having serious issues with his health, first with mononucleosis and then later with diverticulitis. It’s interesting to note that Georges St Pierre retired from the UFC following the Bisping fight for a serious health issue – diverticulitis.

Lesnar would go on to lose two more fights in the UFC – one in 2010 and one in 2011. But his entertainment value remained at an all time high. He headlined the cards for all but the first two UFC cards he fought on. Lesnar went on to negotiate a return with the WWE and triumphantly return in 2012.

But his story doesn’t end there. Seeing as how he was very marketable, the UFC kept having him in mind and once Ariel Helwani leaked the UFC 200 card things came to a head. Helwani was banned from UFC events, Jon Jones went on to be replaced due to a suspicious doping test – and a man outside of USADA’s testing pool would be swapped in on the card. What was Jones vs Cormier 2 earlier in the week quickly became Tate vs Nunes with Cormier duking it out with Anderson Silva and Mark Hunt fighting with USADA exempt Lesnar.

Of course Lesnar had another issue – to appear in the UFC he’d also have to get an exemption for his tattoo. According to reports gun and knife tattoos are unwelcome at the UFC – but an exemption had been made for UFC 200 considering that Lesnar had had a big sword tattoo right in the middle of his chest:

Of course, as the story goes Lesnar would be informed 6 days later of the potential doping violation. The official USADA statement details:

Lesnar, 39, tested positive for clomiphene and its metabolite, 4-hydroxyclomiphene, following an out-of-competition urine test conducted on June 28, 2016, and an in-competition urine test conducted on July 9, 2016, at UFC 200 in Las Vegas, Nev. Clomiphene is a prohibited substance in the category of Hormone and Metabolic Modulators and is prohibited at all times under the UFC Anti-Doping Policy, which has adopted the WADA Prohibited List.

Of course this meant his decision win over Mark Hunt would be overturned to a No Contest. Ultimately Lesnar was given a one year sanction. And interestingly – to serve out a year’s sanction you have to remain in the USADA pool for a year and still get tested. Which is why it was slightly strange once UFC started setting up for Cormier vs Lesnar in April of 2020 following Cormier’s win over Stipe Miocic. The fight never materialized.

That brings us to this week. Lesnar just premiered a new look 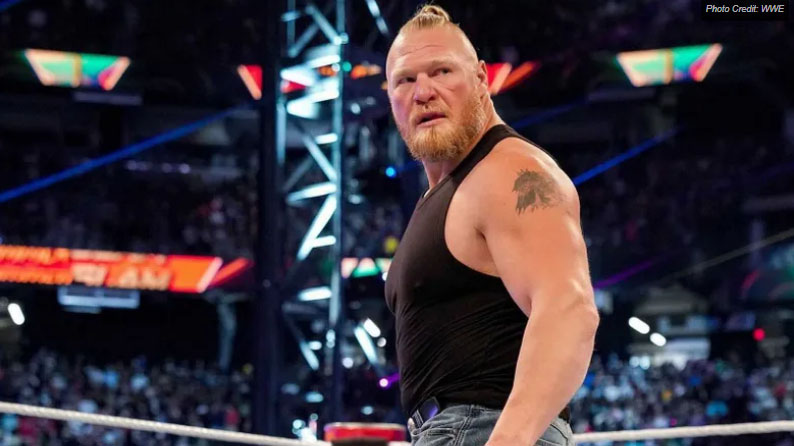 And clearly, at age 44 he can still boast of an excellent physique. 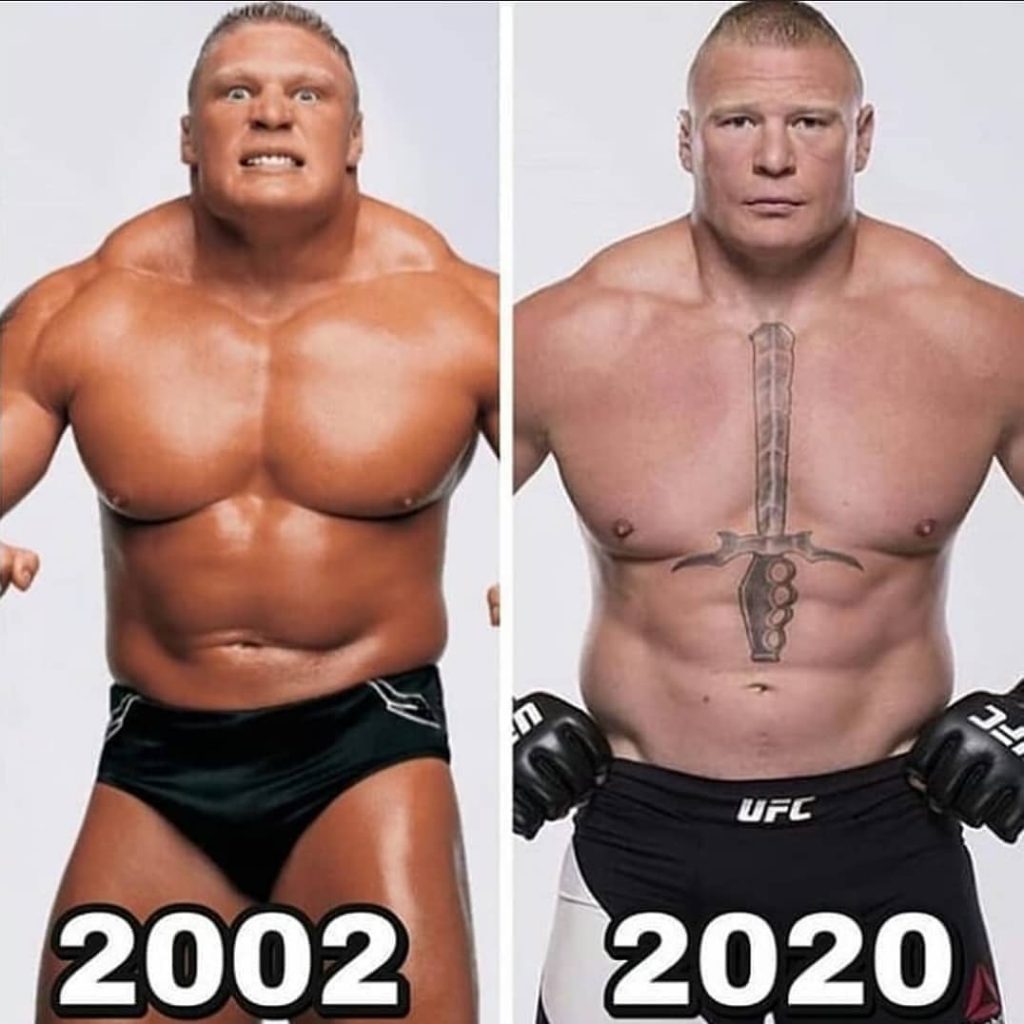