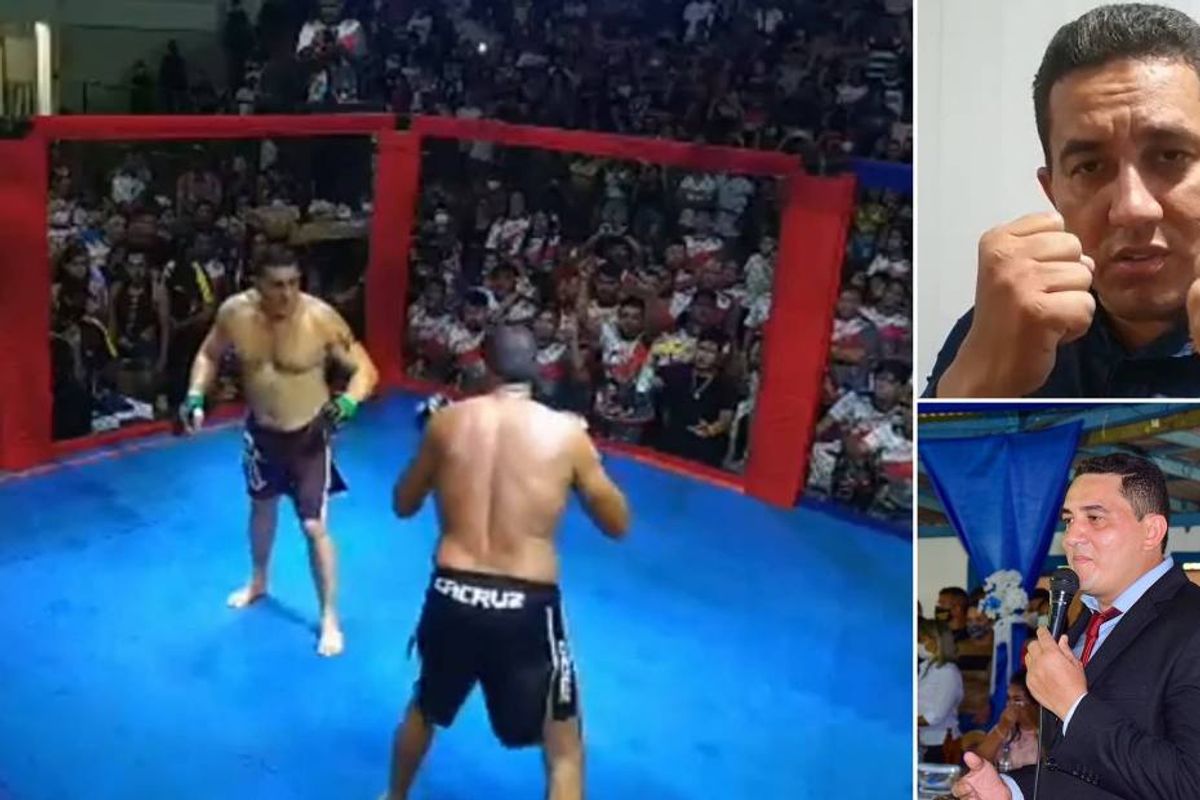 It is pretty surprising to see two politicians determined to settle a dispute with fighting. While it’s common to debate issues in politics, two politicians from Brazil decide to settle the dispute over a waterpark project with an MMA fight. Both of them were arguing and mocking each other on social media for months. Ultimately they decided to settle the score in a cage.

The two politicians are Simao Peixoto and Erineu Alves Da Silva. Peixoto is 39 years old mayor of Borba while Silva is 45 years old former councilor. Peixoto failed to protect the waterpark on a river that passes through his territory. The former councilor blamed it on Peixoto’s incompetence and challenged him to a fistfight, calling him a “crook”, according to the Guardian.

Peixoto decided to step in the cage if proper measures were taken for the fight stating that they are not professional fighters. The arrangements were made for a three-round bout in a gymnasium of a local school.

Although they were not professional fighters they did everything imaginable to create hype. The two politicians entered the ring by 2:30 am. The video of the fights shows the councilor Silva making an entrance while Brazilian pop ballad called “Um Novo Vencedor”—A New Winner was playing in the background.

“The mayor took such a beating, his jaw dropped,” wrote Fato Amazônico. The local news website then expressed shock that Silva “lost on points.”

After a hard-fought battle with the controversial decision, both looked to be in good moods and paid their respect by hugging and shaking hands. With the fight going in favor of the mayor, it is unclear how this result will affect the waterpark issue.