Jeff Horn has recently uploaded a graphic image of his throat injury from 2016. The former WBO welterweight champion picked up a gruesome wound during a sparring session that required surgery and a plate to be inserted.

Horn was sparring with then-amateur boxer Simon Cooper, who delivered a devastating left hook to his neck. This fractured his thyroid cartilage, and they had to insert a titanium plate into his neck.

The incident happened as he was prepping for his bout with former two-division world champion and knockout artist Randall Bailey. Horn would have his surgery and face Bailey just two months later, beating him via TKO. 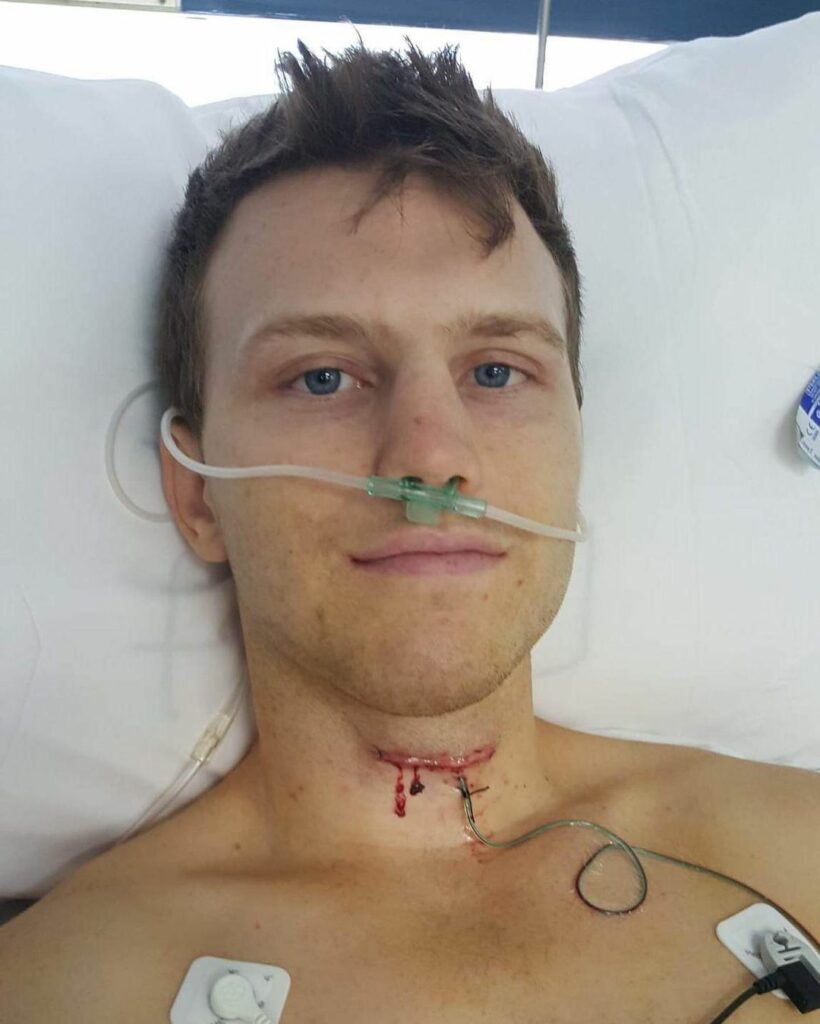 The “Hornet” posted the post-op image on his Instagram, with the following caption:

“The dangers of the sport of boxing. I fractured my throat and had surgery on the 18th of February 2016 to then fight the feared #kokingrandallbailey on the 27th of April 2016 ONLY 2 MONTHS AFTER SURGERY ���� I question my sanity.”

There were fears about Horn getting punched in the throat again, which is why they used the metal plate. When the operation happened, his coach Glenn Rushton told the media it was necessary.

“Without the surgery there might have been a nagging worry about what would happen if Jeff got hit on the same spot but after Jeff comes out of hospital there shouldn’t be any concerns. It will be like his whole throat is armor plated,”

Just three fights after he was surgically operated, Horn would face one of the GOATs of the sport, Manny Pacquiao.

He would defeat the legend in front of a capacity crowd in Queensland to win the WBO welterweight title.

After retaining his title once, Horn would drop it to welterweight superstar Terrence Crawford, who continues to hold it today.

Meanwhile, the boxing veteran now works under the Bullyproof Australia program. He educates schoolchildren on bullying and is now retired.