Popular boxer Gervonta Davis was detained in Florida only days before his match with Hector Luis Garcia. The 28-year-old was arrested in Broward County on Tuesday. This was on suspicion of battery domestic violence charge.

According to the documents, he was still in police custody as of late Tuesday night or early Wednesday morning. The bout between Davis and HLG is scheduled to take place on January 7 in Washington, D.C. However, it is unclear whether Tuesday’s arrest would affect the matchup. 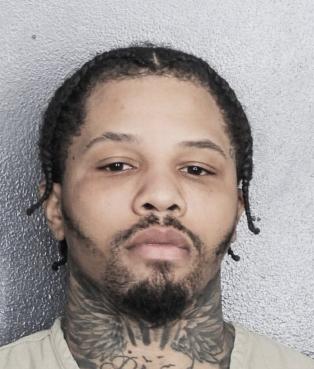 Gervonta Davis has a history of criminal behavior. In fact, he was arrested in 2020 after being accused of abusing his ex-girlfriend during a celebrity basketball tournament in Florida.

Additionally, he also faced charges for his suspected participation in a hit-and-run case in 2020. According to The Baltimore Banner, the court turned down a plea deal that would have prevented Davis from going to prison.

Prosecutors proposed a plea deal that included a one-year suspended sentence, two months of home confinement, and work release. This was in exchange for admitting guilt to charges of leaving the scene of an accident involving injury and damage to property, driving on a revoked license and running a red light.

The offer was rejected by Judge Melissa Phinn after hearing the testimony from Jyair Smith, who suffered from injuries in the incident. Smith testified before the court that Davis’ Lamborghini SUV reportedly jumped a red light and struck the vehicle she was riding in, causing significant injuries.

Smith was pregnant at the time of the incident. She said that she requested for assistance from Davis but he fled the scene.

She claimed, “I begged Mr. Gervonta Davis; I looked him in his eyes. I said I have to get home to my daughter, I’m pregnant. He never once came over to help me. He got his things and left.”

Smith said that the collision left her with a significant knee injury. Three other people in the vehicle were also taken to the hospital for treatment of their wounds.

Davis rejected a prior offer from the prosecution before receiving this most recent plea deal. The original deal required Davis to serve at least 120 days in jail on a mostly suspended one-year sentence.

Davis faced civil lawsuits from the accident victims in addition to his criminal charges. Three of those victims are said to have gone into settlements with Davis. Speaking in court, Smith said that Davis’ attorneys had disregarded her efforts to reach a settlement.

Davis has a record of 27-0 in professional outings and is regarded as one of the world’s best active boxers. He has won many titles in three different weight divisions (super lightweight, lightweight and super featherweight).