Tai Emery had a lot of public attention thanks to her NSFW stunt following a win during a previous BKFC contest.

Emery was vocal she was planning to one up herself in her next contest – but in combat sports life often doesn’t go according to plan.

At BKFC Thailand 4 this afternoon, bare-knuckle boxer Tai Emery suffered a severe gash between her eyes while losing to Chisakan Ariphipat.

Emery was unable to one up herself even though she remained competitive throughout the five-round contest. She ended up losing by a slim margin on the scorecards of all three judges despite having predicted fireworks if she were to win again.

Ariphipat goes by Po Denman and appears to have a lot more combat sports experience than Emery. Emery’s claim to fame is a stint in American football lingerie squad.

Early in the match, Emery was self-assured in her strength and landed powerful blows. However, Denman was able to counter well and swiftly leave a lasting impression on her opponent’s face.

The corner spent most of the time in between rounds cleaning the horrible cut and removing the blood, so it looked like things were going from bad to worse.

Emery had amassed a sizable social media thanks to her stunt despite upsetting David Feldman, the head of the promotion.

She was informed that if she defeated Denman this afternoon in Thailand and celebrated in a similar fashion, a sizable fine would be on the table.

Of course this is a very small problem – there was a distinct possibility she could be jailed last time due to the fact that public nudity is illegal in Thailand.

She confirmed that BKFC was not amused with her behavior:
“I will say one thing, I did get in a lot of trouble with Dave Feldman from BKFC. Just for everyone that wanted to know some repercussions, I was in trouble, so thanks everyone, all you Karens, for having a little complaint. I’m sorry about that, but this is an 18+ event, so just don’t watch.” – Emery told Mike Heck.

“So they said that I’m going to be fined if I pull a stunt, that word has been locked in my head, because I’ve been pulled into the principal’s office once again. Nothing’s changed. I’ve been told that the stunt that I pulled will not be allowed. They’re talking millions of bahts [the Thai currency, around £20,000] in fines, but what’s good? We’ll see what happens.”

“Wasn’t my night in the decision, but I’m happy I could show I can go the 5 rounds ‘with’ ability and ‘without’ giving a fuck about some chicken scratch on my head. It won’t stop me. Appreciate everyone involved with this preparation. Time to clean up and execute on the next show.

Humble in winning (W) and humble in learning (L)”

Emery received ample medical attention afterwards and it looks like the cut won’t be an issue in future events. 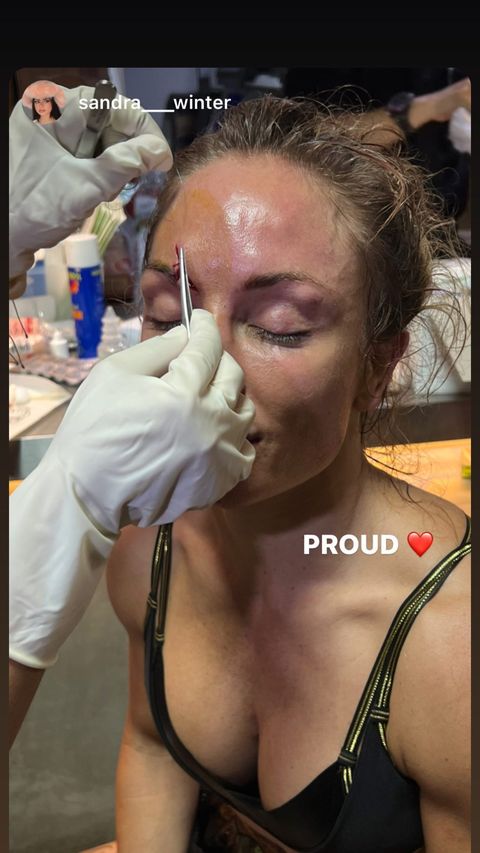