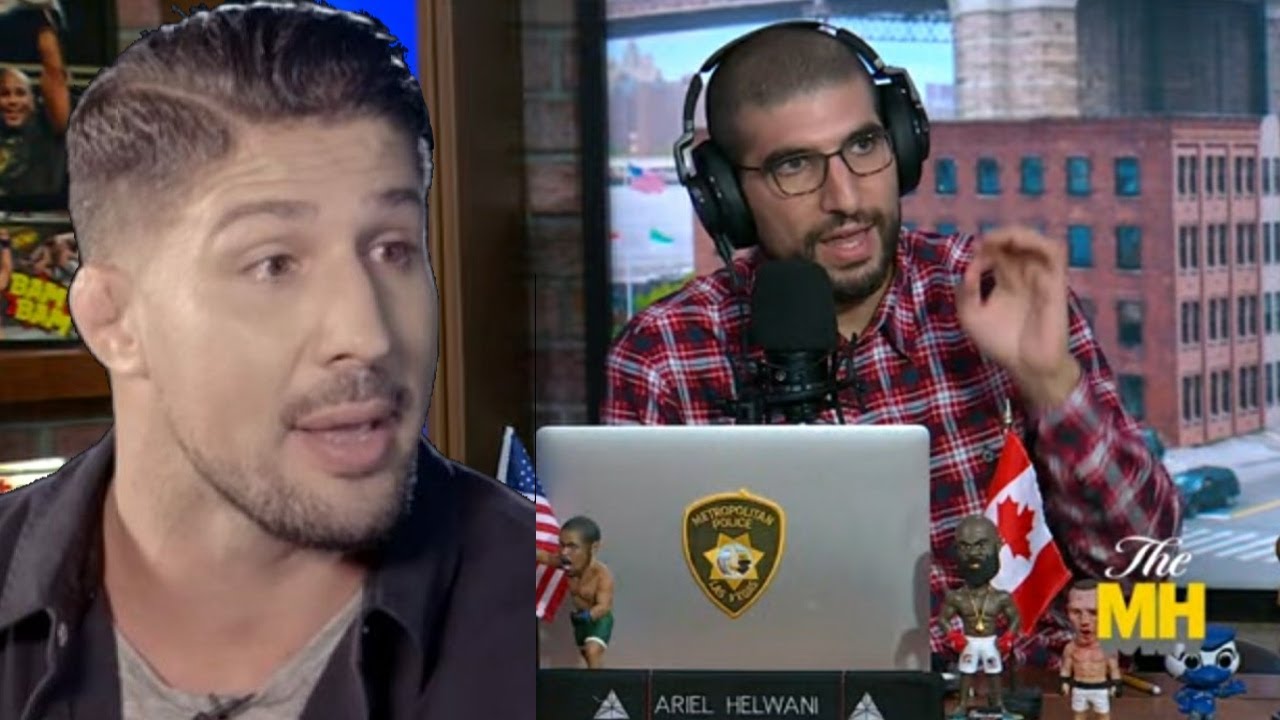 The end of Ariel Helwani’s stint an ESPN marked an emergence of a different Ariel. Perhaps the biggest journalist in the MMA space, decided he was tired from taking the high road while many large voices in the community were making claims about him, his employement and his UFC ban.

It all started last week when Brendan Schaub implied that the only reason Helwani was selected as the commentator for Showtime’s coverage of Tyron Woodley vs Jake Paul was because he himself had passed on the offer.

Shortly after the clip was published, Schaub’s “love to hate club” informed Helwani of the content creating the public feud between the two.

Ariel’s firing shot was a reference to the hate club. Schaub followed that up quickly with a private text apology, according to Helwani. However Helwani expressed that given that the previous comments were public, the apology should also be.

This lead to some unintentional comedy from Schaub on the latest edition of his podcast. In a half assed attempt at a non apology Schaub can be heard saying:

Here too Schaub is reluctant to go along with it and instead starts mimicking his disagreement with the statement. Callen goes on to call Ariel “sensitive” and to claim Brendan was mischaracterized by Ariel in the following clip:

However Schaub is quick to dispute this account saying that he hadn’t seen it. The whole bit between Callen and Schaub escalates with Schaub offering to treat Callen like he would Ariel “and slap him around”.

Naturally Helwani didn’t take too kindly to this attempt at apology.

“I know a lot of you want to hear my take on Brendan’s “segment” about me yesterday, I think it was. And yes, of course, I saw it. I don’t play a certain type of game that he plays where he pretends he doesn’t see things. And then is like “Oh, I don’t run my social media. Uh, I didn’t see this. Uh, I heard this now…” no we know you run your own social media, we know you see everything, we know that you are aware of everything and are kinda just playing it up and that’s fine. I guess it’s a good gimmick. ”

The whole segment is attached below and it makes for a great viewing once you get over the first 15s: