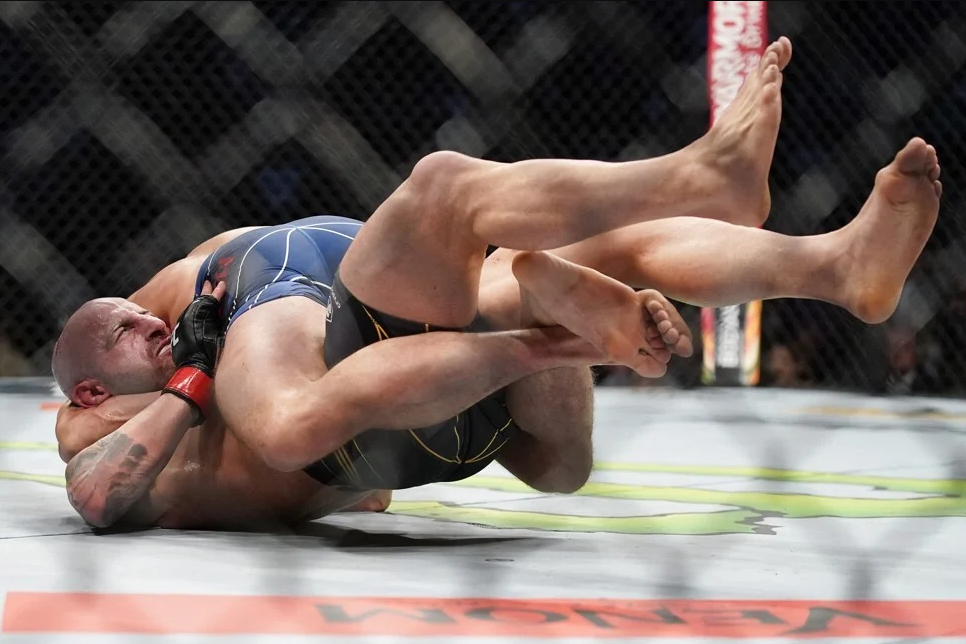 Volkanovski succeeded in defending his title against Brian Ortega recently explained about the choke that almost put him to sleep. The featherweight champion talked about it on his Youtube channel. The bout was held on September 25th at UFC 266 main event.

Volkanovski admitted it was a perfect position, and he had very little time left to escape.

“All I was doing at the time was trying to push his hips up and trying to pull on his arm to make a little bit of space. His legs were wrapped around me and I did that so I could lift his hips.”

Volkanovski explains that his first move was enough just to give him a little bit of space. It was not enough for him to actually escape from that choke. He even said that he has thought of giving up at the moment, but the image of his family encouraged him.

“I was able to make space and have blood and oxygen back.”

After securing blood and oxygen flow, Volkanovski found an opportunity.

“He was trying to adjust his position and I come up. I get on top and I ended up landing really really big shots”.

After lifting Ortega’s leg, Volkanovski quickly changed position and tried to land as many strikes as possible on Ortega’s head.

Ortega is well-known for his submission technique. He won via submission 7 times out of 15 victories.

That day wasn’t Ortega’s day as Volkanovski still managed to fight until the last round. The winner was determined by the judges and Volkanovski was announced as the victor through unanimous decision.

Do you think it was a miracle that saved Volkanovski from that guillotine choke?