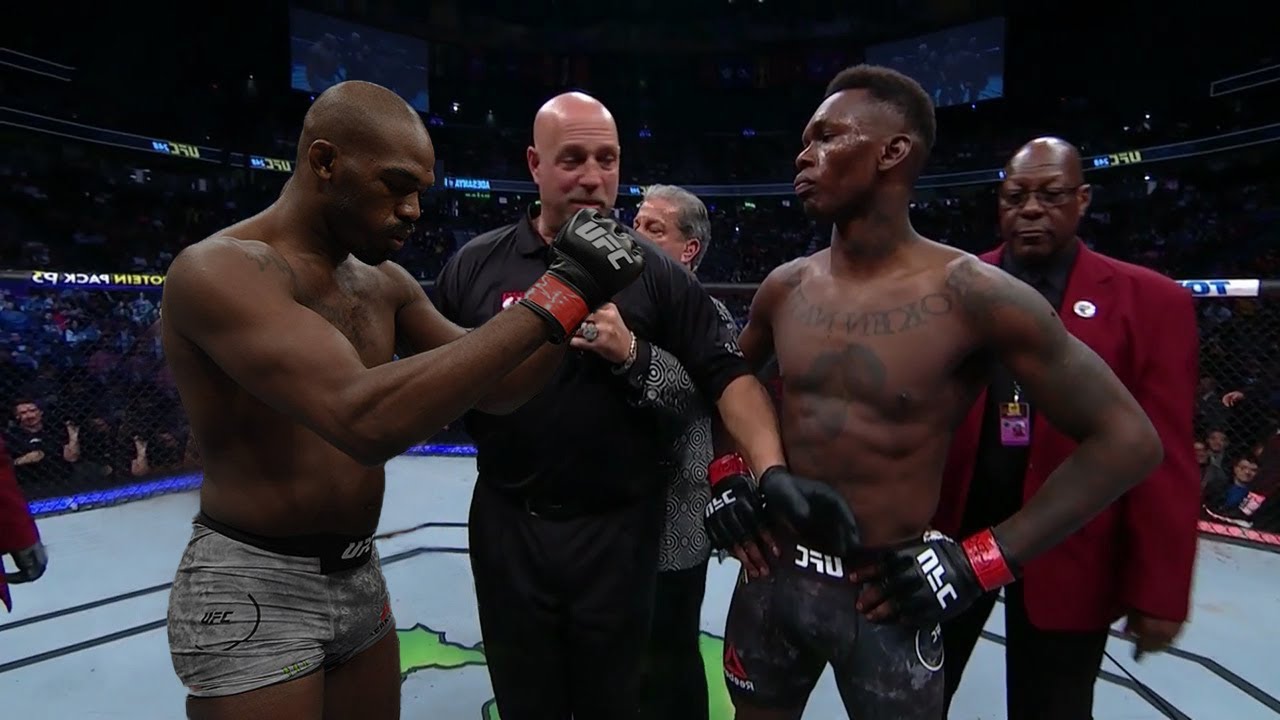 Jon Jones is no stranger to “one more chance” concept. He’s done it all from binges, to rumors of sexual harassments to actually crying at a UFC presser – and his bad behavior really seems to have no consequences to him. Let’s recap

After all the worst he’s expecting to get from the latest incident is getting downgraded at the Pound for pound UFC ranking list. Apparently headbutting a Police car and or possibly your fiance is grounds for losing a single P2P ranking! 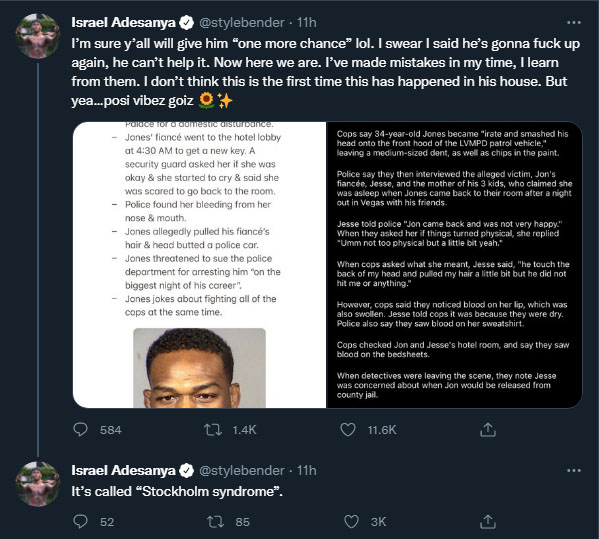 And Adesanya didn’t leave it at that either: