Kade Ruotolo became the younger ADCC winner last night with a victory over Mica Galvao in the finals of the -77 kilogram division.

To make it to the finals Ruotolo submitted all his opponents – which is practically unheard of. So many records, so many accolades all on his FIRST ADCC run.

Kade Ruotolo was born in January 2003, in Maui, state of Hawaii, USA, being of Italian & Puerto Rican heritage.

But Ruotolo was also outspoken about PED abuse – which isn’t all that common in a martial art where PED abuse is an everyday feature – not a bug.

“Team Natty. Exactly .Pretty sure me, my brother and him (Roberto Jimenez) and AJ are the only natty guys in this thing so team Natty let’s go.”

Jimenez had previously made waves when he called out PED abuse in jiu-jitsu roughly a year ago saying:

“If you’re an adult, you have the right to do whatever the heck you want. You know, this is your life. But don’t push young kids and don’t tell them that that’s the only way they’re going to be champions, because I’m an example. What’s the message as an example? You know, Lucas Lepri, too many guys who have pushed themselves so hard so they can give that example.”

But Jimenez’ father previously made allegations against AOJ kids – which is especially interesting because Ruotolo twins (Kade and brother Tye) originated in AOJ program and since switched to parent affiliation – ATOS. 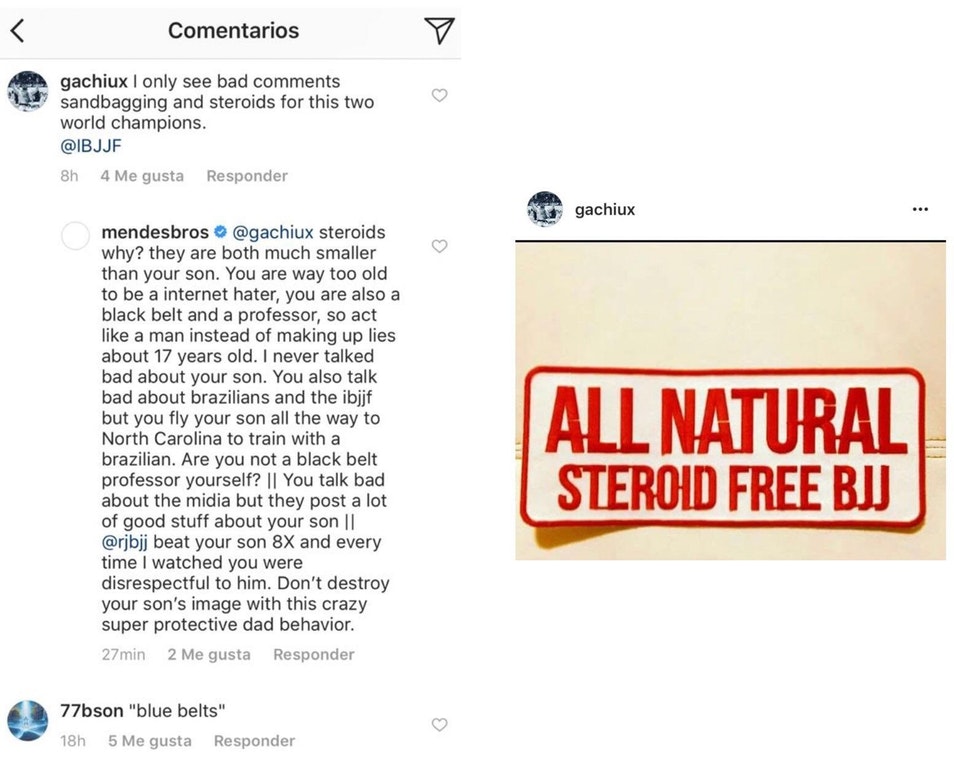 Kade Ruotolo was a feature at RVCA for a time – and with it came praise from former UFC Middleweight champion Luke Rockhold. 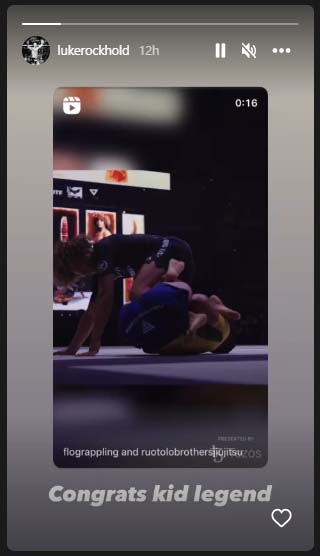 Rockhold is among those who are unamused by the state of PED abuse in bjj. He shared the following on social media: 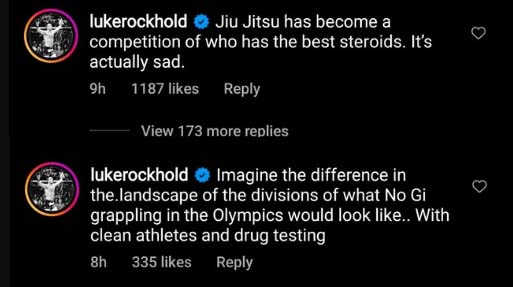 Rockhold was famously ‘fed’ to jiu-jitsu PED boywonder Vitor Belfort by the UFC in Brazil and is still quite salty about it.

In addition to this, Rockhold hasn’t shied away from competing in pro grappling. He faced Nicky Rodriguez, silver medal winner at ADCC 2022 back at Polaris 12 at which point he blasted PED abuse in jiu jitsu saying:

“I think I think this grappling world, you know, it’s somewhat suspect these days and, you know, have some fun with this kid.”

He was pushed to elaborate on the comments later and added:

ADCC does not test for PEDs at all nor will it ever. IBJJF has been testing only at World championships – and only gold medalists chosen at random  – not even all of them. Not to mention it’s testing at the competition meaning there’s no randomness to it so it’s more of an IQ test.

Regardless of that, PED abuse can have serious side effects to the body not to mention that an economic situation of a competitor can play a significant role in what PEDs are available to them and if they’re even able to use them safely without potential side-effects that could impact their quality of life.